Well, Beat Me To It and a Bridge Too Far

Greetings Me Droogs N Droogettes!
I -was- going to do a bit of a write up regarding the letter that apparently our own DotMil Retired Generals and Admirals wrote on the same day that the French did.  Sunday May 9th, a total of 120 retired Generals and Admirals wrote a very similar letter to what the frogs did, essentially calling out the politicos who 'run the show' that we, collectively, are in deep shit.
Problem is Concerned American got it up in it's entirety, so it's a moot point to throw it up here.
Not only that, the very basis of it is a neutered, balless pile of shytte that pretty much just states "VOAT HARDER!!!" and doesn't offer up much more than that.  The last paragraph before the signature list states:
"We urge all citizens to get involved now at the local, state and/or national level to elect political representatives who will act to Save America, our Constitutional Republic, and hold those currently in office accountable. The “will of the people” must be heard and followed."
“...will of the people” must be heard and followed."
Uh... yeah... just like when Biden won by 81 gorillion voats.
Jesus.
So, now that you know how -I- nominally feel, (which is that our Gen'ruls and Admir'uls are fucking spineless maxi-zoom dweebie luuuuuzers), I do have ANOTHER interesting 'thing' that's come to my attention: 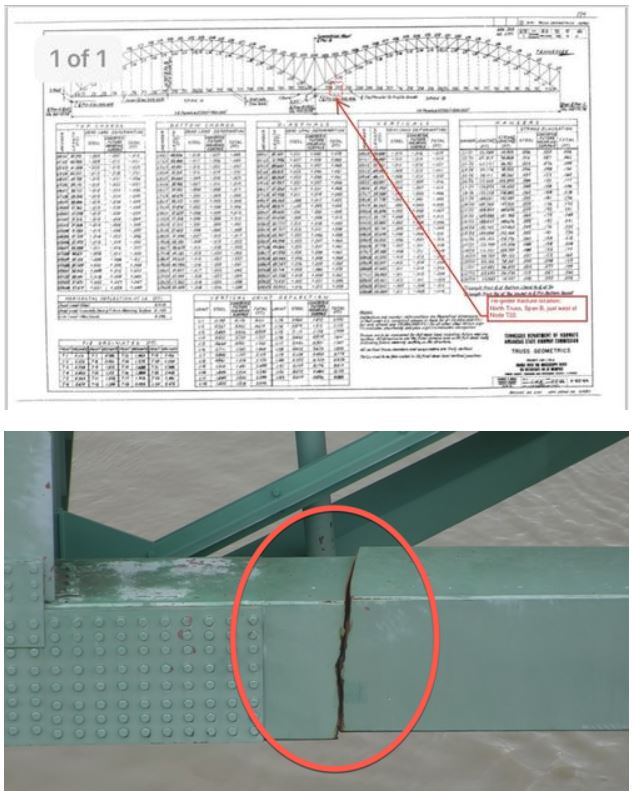 That's a crack in the bridge over I-40 in Memphis Tennessee over the Mississippi river.
One of the main routes that carries shit east to west from Tennessee to Arkansas.  A main cargo route for trucking supplies.  Also, besides the traffic being shut down, they closed the Mississippi because they don't want the bridge coming down on boats going underneath.
Speaking as a Loggie, that's a shitton of supplies being caught up and stopped.
Looking at the above picture, That's -not- a new crack... the oxidation is obvious...
So, why now did they just discover this?
I mean talk about playing fucking games.
You're telling me that no one noticed the giant fucking broken steel beam unevenly cracked the fuck in two before now!?!
Pull the left one, it's plays "Jingle Bells"
Ask yer Mom, she'll tell you.
Oops. Make that your "Birthing Person"
Don't want to upset any ree-rees that may or may not be visiting here.
Yeah... much fuckery is afoot.  The only thing that surprises me is that they didn't scream about it before to hammer Trump on the disintegrating infrastructure.  Right now, I read a few years back that like 80% of all major bridges are shit, 75% of the Dams and Dikes and whatnot are just a big rainfall away from failure, and the 'other critical infrastructure' like Power is mad vulnerable to fuckery, and our Potable water delivery systems?  Ask the city of Flint in Michigan about that particular shytteshow Aye?  Mind you, this ain't unknown... fact is I read that years ago, and only NOW is something like this going to be addressed?
Methinks that it's because the people surrounding Slo want him to be the reincarnation of the only multi-decade president Franklin Roosevelt.  It's not hard to imaging that they want, and have stated they want to have a gigantic infrastructure bill passed, mostly to award and RE-ward their backers like Pelosi's husband, who's made billions on the Scam-Francisco to LA fast mover train line... issue is, we ain't got the bux to do this... When FDR did it, we were nominally on the gold standard til 1933, when he intentionally took us OFF the gold standard, and rumor is, he sold a fuckton of that gold to finance allllll the "Hero Projects" as the Soviets called the same stuff, here in the US.
Only difference between FDR and Stalin was one was a cripple, and the other wasn't.
That and FDR's wife was a Dyke
But anywho... I have to git to quit for tonight... might rage mor later about the gutless nature of our Retarded... er Retired DotMil Class, and the why and what of it.  I have to go get dinner ready, and it's time for Jeopardy, which now sucks since Alex died BTW... only guest host they've had whio didn't suck more than a Black Hole in Supernova mode was that unknown Executive Producer Mike Richards who did it like right after Alex went to the big gameshow in the sky.  THAT dude needs to be the new host... all the others have sucked like an overcharged Electrolux vacuum.
More Later I Remain The Intrepid Reporter
Big Country 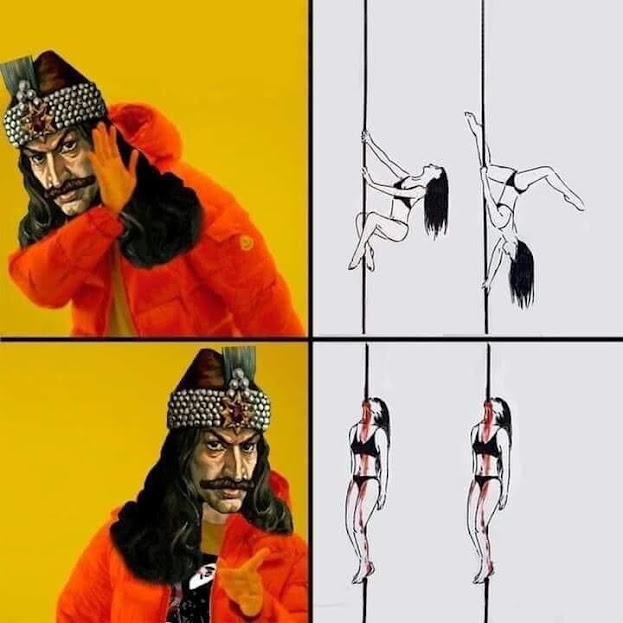 Posted by BigCountryExpat at 7:27 PM