Greetings Me Droogs N Droogettes!
Back after a minor inconvenience yesterday.  Had a VA Sponsored VACCN Eye exam to get new glasses.  Usually it's yearly, with a new script/new glasses (made by the lowest bidder mind you) each year.  Last year I got the exam, and the new glasses -right before- the Bogus Beijing Boogers went into full effect.  The glasses they sent me?  Wrong script, so useless.  Stuck with my somewhat scratched up year old one, and forced to make due for another year.  Now the new ones should have been ordered BUT
Yesterday the chick who did the eye-dilation liquid did something wrong or something...  Not sure... too much? liquid?  I was effectively blind alllll day.  Or at least so super light-sensitive... Sapper said I looked like I was on drugs and 'dilated' to see him... apparently the blues of the eyes pretty much vanished until about 9pm, and that's when I came out of the darkened room.   Still couldn't look at the computer screen or phone, so I sat down with an old fashion book for the night.
So, todays topic, courtesy of CA At Western Rifle:
https://westernrifleshooters.us/2021/05/04/second-stockdale-quote/
The link takes you to:
https://www.jimcollins.com/concepts/Stockdale-Concept.html
For those not in the know, Admiral James Stockdale was a aviator who got shot down over Nam back in the day.  He was the highest ranking Naval Officer, and organized the POWs to fuck with Charles.  They tortured the ever living hell out of him and he was imprisoned for years.  Finally on getting out, he was awarded the Medal of Honor for his outright ballsiness.  Guy had huge clanking steel ones, for damned sure.

There's racks, then there are RACKS.
Dude survived it all... and back a few years later, when interviewed by Jim Collins, he was asked by Collins: “Who didn’t make it out?”
Stockdale matter-of-factly said: "“Oh, that’s easy,” he said. “The optimists.”

“The optimists? I don’t understand,” I said, now completely confused, given what he’d said a hundred meters earlier.

“The optimists. Oh, they were the ones who said, ‘We’re going to be out by Christmas.’ And Christmas would come, and Christmas would go. Then they’d say, ‘We’re going to be out by Easter.’ And Easter would come, and Easter would go. And then Thanksgiving, and then it would be Christmas again. And they died of a broken heart.”
So, the crux of the matter.
Hopeium and Copeium.  Things that are nothing more than optimistic bullshit.
You've got to steady down and realize 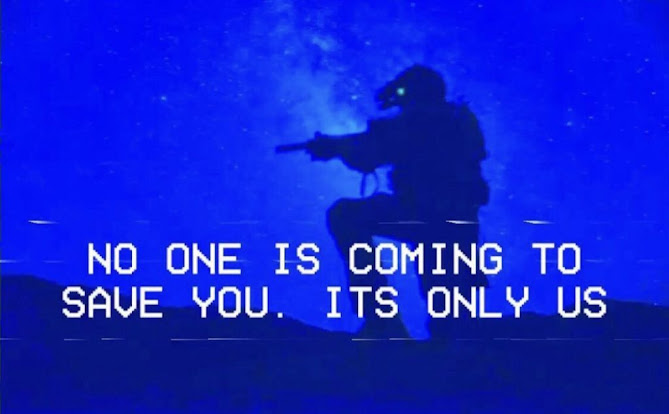 Truer words were never spoken.
Like I've always said, the surest way to get kicked in the teeth is to set yourself up for failure.
Think back to that Christmas you were so sure that Santa was bringing you that pony.
You were so sure
You were so good all year long.
You wrote a nice letter that Mummy and Daddy helped address to the Big Man Himself
Christmas Eve you didn't sleep a wink
Christmas Morning, you got bupkiss
As you grew up, you learned, you rationalized, you understood.  Ain't no way in hell nor on God's Green Earth was Mom and Dad going to be able to get you a pony in your little Suburbistan.
But that hurt always lingered and reminded you of what didn't happen
And nowadays?
Too many people still huffing the Copeium and Hopeium
"The Recounts! The Recounts!"
So. fucking. what?
They already openly and with great satisfaction successfully stole the election
Do you -really think- that they're going to go "Oh, our bad!" pack up and leave in any way shape or form?  Fuck no they ain't.  It's like that Saudi Air Force pilot I wrote about back in the day.  Dude panicked, and death gripped the plane into a death dive towards the ground... the American instructor tried to get control, and ended up pulling his .45 and putting it to Abdul's head and telling him he was gonna waste him if he didn't let go of the controls. The fucking unelected bureaucrats are firmly running the show now... They're in the pilot's seat, and ain't no getting them out unless the guy in the other seat takes out his .45, and aces their brains alllll over the other side of the cockpit.
Eventually, we're going to have to be that guy
The -only- hope I have is that something, somewhere will provide the motivation for either the Boomers to come out of their self-induced fucking coma and start some shit, OR that the Leviathan, in running roughshod over the grass, tramples the 'wrong grass' so to speak.  The Boomers are still comfortable, as they have all their gains and cash... their nice comfortable retirements in Walled Villages of like-minded/aged fellow self-centered greedheads.  It's if -they- start getting totally fucked over that shit'll start happening... maybe.  The entirety of current Politics has been for the past 30 years aimed at keeping the giant Boomer demographic fat, dumb, disconnected and happy so as to not cause issues.  In fact it's the pre-Boomers like the 80 year old Pelosi who know and pander to that particular base that keeps them in their $27000 fridges and $15 a pint ice-cream while X'ers and Milennials are forced to scrape by on the scraps.
I mean lets face it.
I'm Gen X... the last to 'buy the con.'  We were promised that "Greed is good" and "study hard, get the degree, get the corner office and the BMW" and "Bright Lights-Big City" late lights in Hollyweird and New Yawk cocaine fueled parties... Lots of hawt broads and eventually, get married, have the two children, setting down, and have the nice chill life with a stock portfolio that just keeps on rising.
Man we were fucking fools....
But we were sold that by the single largest and best group of scammers and grifters
The Boomers
And no, not all Boomers are to blame.  I know that a lot of you are considered to be Boomers... hell, Most people ARE but the fact remains that y'all, like cops... a few rotten ones do spoil the barrel.  Unfortunately for you, your going to be lumped in with them, as the ones who 'done everyone wrong' are the ones who are in the majority.  The ones who told their kids to study hard and that if they didn't make it, that it was their own damned fault.
NOT that the game was rigged four-ways-to-Sunday
NOT that they themselves, once in power or positions of power refuse to give it up and relinquish said positions and power to the next generation.  I mean honestly, how many "Genuine Generation X'er politicians" who are not prodigy of the Current Boomer Oligarchs are there out on their own?  Damned fucking few that I can see.  Like fucking none.
Part of that is also, we X'ers woke the fuck up sometime around the mid 90's and realized it was all a con... that it was a hustle that we weren't allowed to participate in.  That it was a sham... a con.. that the 'Murican Dream was horseshit, so we disconnected, and some of us... we taught our children the same.
Spawn is Generation Z... the "Z" in his case stands for "Zyklon"
And he knows it and is proud of the designation.
A Race Realist
Woke to Reality
Doesn't suffer fools, nor bullshit, nor political correctness.
In fact, he and his are genuinely dangerous.  He's pissed.  He's seen what happened to me.  And his Mama.  And he's well aware that without the proper 'connections' his last best hope is to work just enough to keep his head above water, his mouth shut, and to avoid the Camps "when they inevitably start Dada."  Boy was raised right.  Deadly too.  Possibly the most natural 1911 gunslinger I've ever seen and had the pleasure of training.
Stockwell's final comment to Collins is telling: "“This is a very important lesson. You must never confuse faith that you will prevail in the end—which you can never afford to lose—with the discipline to confront the most brutal facts of your current reality, whatever they might be.”
We must have faith in the final outcome of Good over Evil
But we must remember that in order to survive,
An Individual's personal "metal" must be tested
And that test is by fire
Fire, that if caught unaware, can consume you and your soul
A brutal new dawn is coming, be ready.
More Later I Remain The Intrepid Reporter
Big Country' 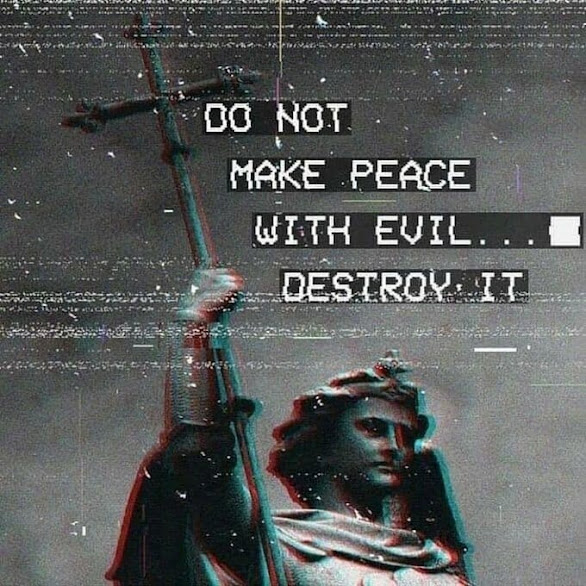 Posted by BigCountryExpat at 2:12 PM