Greetings Me Droogs n Droogettes!
So, Ye Olde Intrepid Reporter here, up early on a Saturday Morn... Wifey has a gig and had to be up early for a couple of folks who need haircuts.  So, unfortunately for me, I end up getting up with her on the day I'd much rather sleep in.  Meh.  Not like I'm not doing anything today.  Spawn and I are doing brunch, so that oughta be fun.
So, yesterday I was 'at work' i.e. doing the "I pretend to work, they pretend to pay me" thing from home.  I do have to say that since I got put on outbound calls, meaning I'm calling providers to schedule medical appointments for people, I have scads of 'free time' whereas when I was on inbound, I had to stand by and suffer the whims of 'how many assholes are going to call in a row?' sort of thing.  Those of you who've done call center work feel me on that.  Doing outbound, I know that management expects 5 minute call per failed appointment, and about a 8-10 minute call for a successful appointment.
Me? 1 minute-2 minute for a fail, 3.5-4 minutes for setting one up.
So, as long as I stay slightly ahead of the curve, I can get meselves 20-30 minutes worth of typing time with y'all at any given moment.  I lern't trick that back in the Army... I was new, and given an assignment to sweep, mop and buffer the HQ.  Me being me, and clueless at the time, went down and knocked it out.  I went back after about 2 hours and told the Corporal I was done... he was like "No dumbass... it takes 6 to 7 hours to do it right.  You dig me?  Go 'do it again' and don't let me see you for at least another 4-5 hours, then I'll follow up and see that it's done."
<Lightbulb Moment> "Ahhhh Gotcha Corporal!"
Front to Rear, Disappear.
We spent the next 5 hours playing I think Nintendo 64, and then he inspected the A.O.
I learned a lot from that man.
Really funny, that Corporal went on to being a famous Green Beret Legend...  won't say his name but he retired a Major? Light Colonel? and is well known in Spec-Ops, and has been on TV doing a LOT of 'famous people' freefall jumping.  I went from being his most worthless private who he thought would never last to being a well known and respected Contractor, who because of his lessons, probably kept me alive quite a few times...
Anywho.
So, work yesterday I get a -ping- of a text message on my cell phone.  Checked it out and it was from Opendoor

Now, back at the beginning of Ye Olde Divorce, I was into the idea of ditching the house outright.  That was before I 'won' the divorce mind you.  I was looking for a quick cash-out and bail.  I checked the 'keep me updated' box as I wanted to see how the market has progressed, and I mean what the hell?  Why not.  When Xwife bought this place, we literally, by my line-of-thinking, we got royally screwed.  And that was before I knew that the market was waaay overinflated.  She bought in May of 2005, the very height of overpriced McMansions in Florida.
$249,000...
Let me tell ya, I fought for this motherfucker over the years.
Beat Two Foreclosures, mostly thanks to MomUnit and FedBro
Kept it up and running despite like no liquidity Begged, borrowed, stole.
Whatever it took.
The worst was in 2007-9 when the market completely collapsed.
I was underwater by 100K.  I mean it was a realistic housing correction to the actual real value of the house... this's a nice place.  $145K is reasonable in a sane market and sane world.
But it ain't.
Not anymore.
I apparently back in March signed up for text alerts.  So back on March 25th, I got the following:
"Hey Big Country, based on recent trends,
Your new preliminary offer for XXaddressXX
has been updated to $300,500.00
Please click here to view the details"
Ok... so that wasn't completely unexpected.  Zillow at the time was saying it was worth about $240K, and that's based on taxes, other sales and whatever.  Still, a sight more than I expected.  Now, cut to about a week later, April 3rd:
"Hey Big Country, based on recent trends,
Your new preliminary offer for XXaddressXX
has been updated to $300,800.00
Please click here to view the details"
Huh... a $300 gain in 8 days... that was telling, but not unexpected as I had told y'all, Serbian War Criminal's crib went on the market and blew like an overcharged light-bulb.  I mean damn.  So... I told Wifey and joked about "If it hits $325 to $350, we're selling and bailing."  I'd be looking at a $200K profit after everything is done...  So, I get pinged yesterday, and I get:
"Hey Big Country, based on recent trends,
Your new preliminary offer for XXaddressXX
has been updated to $310,000.00
Please click here to view the details"
Holy. Shit.
I did the math.  That's an average daily gain in value of $262.00 a day.
And that's "Fuck y'all, cut me a check" and walk away money.  No fixing it up, no showing, no hassle, all closing costs and whatnot handled.  Sign on the dotted line, name the move-out date, don't let the place burn to the ground, pack yo shit and fuck yo couch, collect the check and Hasta la Vista baby.  Which, in itself is telling.  It probably means I could market it traditionally, go through the rigmarole, and make even MOR.
But, as Wifey has said "Where're we going to go?"
Until her 'Rents are gone, we have to stay in the A.O., and I'm not going to do the Apartment dweller thing... no how, no way.  In fact, I've decided to sit pretty so to speak.  I know the A.O., All my plans are in place defensively, I know 80% of the neighbors, and if shit goes sideways, we should be good.  I mean I got range cards for the whole A.O. based on a to-be-built snipers nest on the roof.  Dead space marked and everything.  And mainly, these prices and daily gains?
Oh man, tell me we aren't in trouble.  Go ahead, Lie to me.
The economy is about to shit.  No fucking question.
Perma-shit.
The Big One
No doubt now.
When a moron and maroon like me can see the economic downturn that's ahead, and understanding that shit is about to 'get real', the last thing I want to do is be oot and aboot with a pile of soon-to-be Worthless Weimar Bux.
I mean hells bells, some court just overturned the CDC ruling of "Can't throw the bums out for not paying rent", which means there's about to be a couple of major crises busting out.
1)  The courts, already overtaxed/overworked, are about to be flooded with Landlords demanding A) back rent and B) get the fuck out now.
2)  The people who've been taking advantage of the situation are going to be homeless.  Period dot.  Now, lots of them are legitimately financially burdened... BUT, as far as I'm concerned, there literally ain't no reason that you should be unemployed right now.  My job is a remote work-from-home call center gig, and most of my co-workers are all newbies to the game.  First gig people, still in school, or at least -were- til Rona.  90% of the 'unemployed' have stayed that way, as it was more profitable to NOT work, hence why
3)  The states are starting to cut off the 'extra unemployment subsidy'.  No more making more to stay home than to be a honest hardworking contributing citizen.  No more free bux from Uncle Sugar and go back to work you parasites.
So, look for FedGov to step in and start Stimulus #4 shortly.  Seeings that they're intending on just continually printing, we're about less than a year from full on Weimar and allll the fun and games that goes with it.
Gas is already up like .80 cents locally... not too bad, but considering the stories from other areas we've gotten off light.  Especially in the west.  Add on the complete lack of lumber, and the climbing prices... hoo boy... shades of the Chinese drywall days... I was really lucky in that debacle... No poison drywall in this place... the neighborhood over from me?  Toxic Avenger level shit.
Climbing food prices, along with a general slowdown in just about everything, debts now being called in all over, people about to be manhandled into the streets?  Packs of AntiFa re-re's running around without consequence?  Cops either not caring, not doing, and or not bothering? 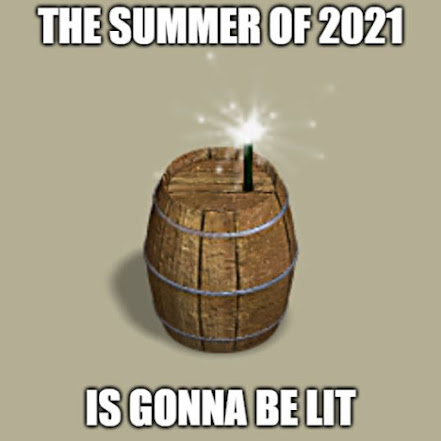 Add on, from MY perspective that it's supposed to be a killer hot summer?  Poore Richard's Almanac is a pretty good gauge as to what to expect weather wise. It in part said: "Summer will be hotter than normal, with the hottest periods in late July and mid-August. Rainfall will be below normal in the east and above normal in the west. September and October will be warmer than normal, with below-normal precipitation."  Here we ain't had no rain comparatively to what we -should- have... "Mad dogs and Englishmen go out in the midday sun."
Gonna be a lot of the first this summer methinks Aye?
So, hunker down.
Keep stockpiling.  CostCo awaits today
Head on a swivel
More Later I Remain The Intrepid Reporter
Big Country 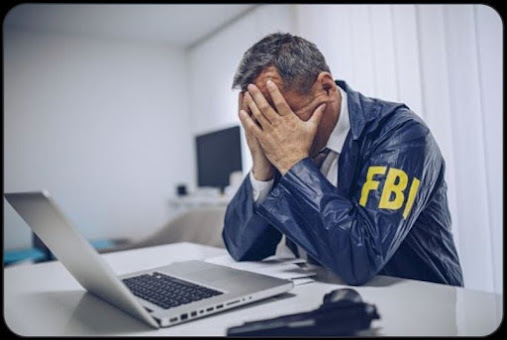 Posted by BigCountryExpat at 10:59 AM