Greetings Me Droogs n Droogettes!
Aight... first things... seems yesterdays 'attack' of the Goolag at the blogspot websites was not 'all over' as many have said.  I have and do read a very large number of hardcore left-oriented blogspot sites, as part of my intel-gathering OODA loop preps.  Not a one of them got tagged with the dread "dangerous" tag.  Seems the majority of the sites were, shall we say, leaning far right?  No matter.  Sector 8 and all of us who have backups are still in the game, so make sure you bookmark it.  The only reason I haven't fully transitioned is I'm still trying to learn Wordpress and the formatting dammit.  Personally, I think it was a test... a probe... see how people reacted.
So, todays subject is the abysmal new DotMil ad series that they're doing. Big Army has come out with a new webseries of ads called "The Calling" and, by it's own description showcases 5 soldiers and their 'calling to the uniform' and how they got there.  The first ad? 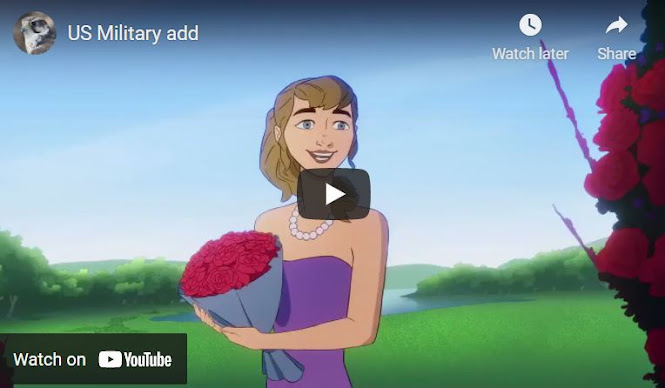 And no, that ain't embedded.
The Army can FOADIAF
This woke shit is out of control.

In fact, the commercial itself, according to all reports has bombed spectacularly.  This particular one features Army Corporal Emma Malonelord... a college graduate from the University of California no less...  who is only an Corporal????  IF she graduated, she should be -at least- a 2nd LT.  Not a corporal.  Hard E-4?  She -might- have gotten SP-4 with some college credits... which means one of two things... she didn't graduate from U of C, OR her degree in advance moron-basketweaving didn't do a fucking thing for her.  And if she didn't graduate, why did she leave college? Because I'm sure Momma and Momma would have been progressively-pissed.
Oh yeah... the only whypeepo in the ad?  Dis' fuckin' chick, who was "born by baster" apparently by two lezbos.  One of whom even in the animation looks like one of "Cow and Chicken"s" Buffalo Gals. 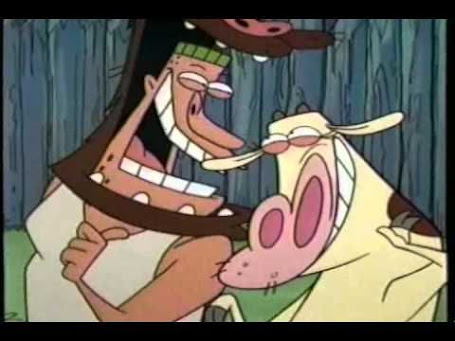 Dykes on Bikes INDEED.
The other people in the other 4 videos?
All ethnics.  3 blacks, and an Asian raised in Hawaii.

And out of that almost 70% of Whyte males are from ostensibly 'foundational' 'Murican folks, i.e. Christian Southrons.
Great way to alienate your prime fucking base Aye?
I can bet the only reason Big Army is going to keep the recruiting numbers up is because we're headed into an economic dark age, and the Army is a guaranteed "Three Hots and a Cot" when the chips are down.
I swear...
The Army has zero common fucking sense marketing wise.  The last one they did that shit the bed, and chose as 'the hill to die on' was "The Army of One" ad.  Remember that debacle?  That was the one with the ad showing a convoy of armed up troops headed toward what one would assume was the front line, and there was this one fucking Joe, with no weapon, running the opposite direction.
"The battle is this way!"
"Fuck that <ditches gear> RETREAT!"
Uh, yeah.  About that.
The Army yanked that one really fucking quick.  Especially in light that the troop they used to film that fuckup turned out to be a fuckup who got thrown out for drug charges later.  I'm having trouble finding links but at the time I was so disgusted I did the research and found all that out... man, it was awful.
So, now?  The only reason I can think this particular ad is being run is to A) show how 'woke' the Army is and B) encourage the minorities to join.  According to a quote from the CSM of Marketing for the Army: "'The Calling' showcases how five Soldiers answered their call to selfless service," said Command Sgt. Maj. Charles K. Masters II, sergeant major of Army Enterprise Marketing. "Soldiers across the Army stepped up to share their personal stories with America to breakdown the stereotypes associated with those who serve. Their inspiring stories highlight the diversity in the Army as we continue to be a Team made up of great people. One common thread you will see throughout this campaign is our Soldiers all believe in something bigger than themselves and strive to make a difference in the world."
So, according to that statement and the people in the ad, straight, Christian White Males shouldn't bother apparently.  Not that at this point I'd be encouraging anyone to join.  It's become a shit show of epic proportions.  I'll be curious to see how bad the numbers are and if they skew after.  If so, I'd say ole CSM Masters #2 (how appropo!) is gonna be 'retiring' shortly after the failure.
I in fact went over and dropped some comments on the fecesbook Go Army page, essentially: "So, according to these ads, and the 'supposed diversity' of people in the ad, Straight, Christian White Males shouldn't bother joining the Army apparently. Seems y'all forgot that in 2018, White Males made up 69.98% of your recruits on active duty. Great job. Typical Army Go Woke, Go Broke."
I'll be curious to see if they let that particular comment stay on or not.
YouTube already disabled any and all comments on the vidyas.  Seems they were getting roasted as well they should be.  What the hell man...  Guess this IS turning into The Turner Diaries in real life.
Seems a New Maff needs to be done:
"Idiocracy + The Turner Diaries = Rwanda X Yugoslavia"
Indeed.
More Later I Remain The Intrepid Reporter
Big Country 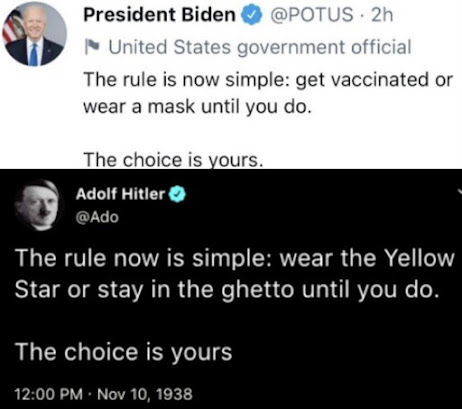 Posted by BigCountryExpat at 11:14 AM