Greetings Me Droogs N Droogettes!
A little story, provided by one of the commenters here on Ye Olde Bloggage of Ill Repute tells a tale of some serious scumbaggery going on at my old home of Fort Campbell Kentucky.  Seems a couple of 'entrepreneurs' were making some serious bank in the illegal weapons trade.

<Le Sigh>
I'm really hoping that it's not members of my old unit, the Rakkasans.
Shit like that doesn't help a units reputation.
That being said, I find it interesting that these yoots-in-uniform were even in uniform.
Apparently, and despite the attempts by the Ministry of Propagandas attempts to keep a lid on shytte, just the names alone, as well as a transcript of the IM's these idiots talking have show up in various places, which pretty much shows that they were/are gang members that joined, more than likely intentionally with the purpose of A) Getting training and B) Gaining 'legit' status as a Active Duty soldier and the cache that goes along with the hero worship that 'thank me for my service' goes with it.
Their names BTW?
Demarcus Adams, 21
Jarius Brunson, 22
and Brandon Miller, 22
Yep... pretty sure that ain't any whypeepo named that, not unless Momma was burning coal, and/or a whypeepo couple purely hated their kid and decided to name them ethnically.  Although these days, I could totally see that among the absolutely-bugfuck-crazy leftists out there these days...
That being said, seems these kids are in a whole heapa trouble.  The feds (Naturally)) are involved.  Seems they bought 91 weapons and helped flood the streets of ChiCongo with firepower.
"Court documents go on to show agents noted on April 7, Miller and a different Chicago area code phone number had the following text exchange:
From Miller: “We gotta hold this shit together ima still play the back role g I ain’t never turning my back on gang whatever got going on y’all ina door wit me stand on business ima stand on my business to make sure mfs got what they need.”
From Chicago phone number: “Sayless."
Later on the same day; from Miller: “We gone win this *war* we losing the battle but this a marathon not a race.”

Investigators did not share further details of who Miller may have been communicating with or the context of the messages"
*war*
Yep... sounds like some street shytte happening there.  The word "gang" is also specifically mentioned.

Now, somebody, somewhere, done fucked up.  My rationale for this is that IF these guys were rolling with a gang, were they known to be gangbangers or not?  21 in nominally old for a banger from my understanding.  They usually start at 14-15, and rise up.  Now, if they never pulled a charge?  I can see a background check might have missed it, but:
IF there had ever been any charges, then it should have been caught during the NICS check that all recruits get when they first join.  Now, if they were clean, then fine.  But if not?  They should never have gotten within a hunnerd feet of a military enlistment.  However, seeings how the latest reports show Uncle is having issues with recruiting these days because the caliber of recruits is so stunningly bad, Uncle -may- have turned a blind eye hoping that these knuckleheads wouldn't do stupid.  Lots of fucking luck there, Nogs are gonna Nog...
Reason I'm saying this is even as far back as 1990 when I was in Basic, we had a gangbanger in training with me.  He was pretty upfront about him being there in Infantry School too.  He had, officially, zero charges or shit showing... no known associates.  The reason was that he literally was raised to do this.  His father was a gangbanger, his brothers, and he was chosen to play 'straight' specifically to join the Army and get trained in Infantry tactics.  His dad, according to him learned so 'stuff' when he was drafted back in Nam... figured out using Infantry training would strengthen the gang.

Jesus...
Yeah... all of us who knew were like what. the. fuck.
Not much we could do though, and even our Drills had a tough time with that one.  But with no solid evidence, they didn't and couldn't do anything by watch him.  It's a real problem in the DotMil.  When I was stationed in Da Hood back in the day, Fort Hood that is, we actually had a huge gang issue (still do according to reports) that culminated with a bunch of them little fuckers getting arrested, and court martialed at III Corps HQ on base.  What was hysterical at the time, was the Crips, to whom these cockroaches belonged to, threatened to come to the base and shoot it up to free their people.  The CG was like "Bring it" and posted 2 fully loaded Bradley tracks at the main gate by Corp building.  Those of us on-base had some laughs at the idea of a lowrider, filled with a bunch of punk ass gangbangers with MAC-10s getting blowed the fuck up by a 25mm Bushmaster...
So, seems the infiltration is still ongoing, and even worse than back in the day.  And in the future?  Shit.  What with the disbanding of Gang Units all over the country, who's primary job is to identify the little fuckers, it's gonna be way worse.  The leftards are insisting, and the Dems are doing it, because racism and sheeee-it.  Seems the fact that identifying fucking black gang members is a badness thing.
Say fucking what?
Awesome.
Of course, no issue pointing out Klansmen and shit, and that all whypeepo are ray-sist.  In fact they get off on frying even the most innocuous thing and cancel anyone and everyone, 'cept Democrats, for even thinking along racial lines.  The backlash, I'm telling you, is going to be SPECTACULAR when it comes home to roost.  I gar-ron-damned-tee it.  And what's even sadder is that the primary pushers of that particular narrative are Jewish, and low-rent-retard whites.  They should look and see how that worked out for them back in the day Aye?
We played "Cowboys and Indians" in the 17 and 1800's
Playing "White People versus Black and Jewish People" date-to-be-announced, well, it'll probably go the same as it worked out for the Indians...

I'd ask one but there's so damned few left.
So, More Later, I Remain The Intrepid Reporter
Big Country 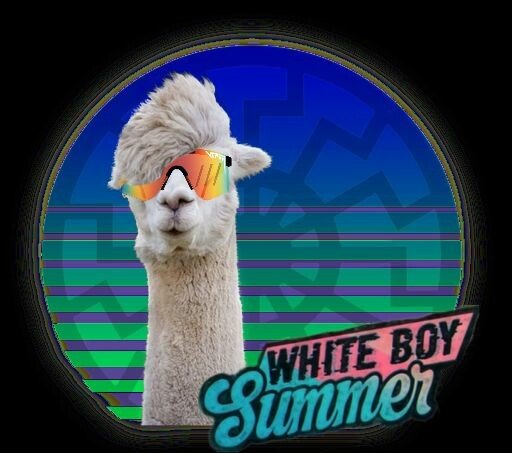 Posted by BigCountryExpat at 12:31 PM