Greetings Me Droogs N Droogettes!
Today was 'down time' with Wifey and Sapper.  We did the Central Florida Renaissance Faire.  This used to be a 'thing' for us for a lot of years, with Ranger Jay as well being part of the crew, up until he got married.  His bride ain't a fan of ours... she did the 'isolate/indoctrinate' thing and we haven't seen him now in many many moons.  It's unfortunate, but it is what it is.
Today was fun though.  I didn't go 'full retard' on ye olde costuming, but I did go comfortable.  I.E. Combat Boots, and one of my utility kilts with belt.  No sporran but did have my bottle-holder for water.  My 'full regalia' is a Black Watch (real British issue) with real NCO Horsehair Sporran (also Brit issue), a period appropriate leather laced linen shirt, and a Glengarry Ross hat with plume.  Also have a two handed Scottish Claymore (real and sharp as fuck... like could cut you in half if I swing it) and a German style Cold Steel Boar Spear with 22 inch blade, (also sharp as fuck).    Knee high wool socks and the leather scot-shoes round out the dealio, as well as a sash that make me look like I'm ready to rumble 17th Century Style in Scotland. 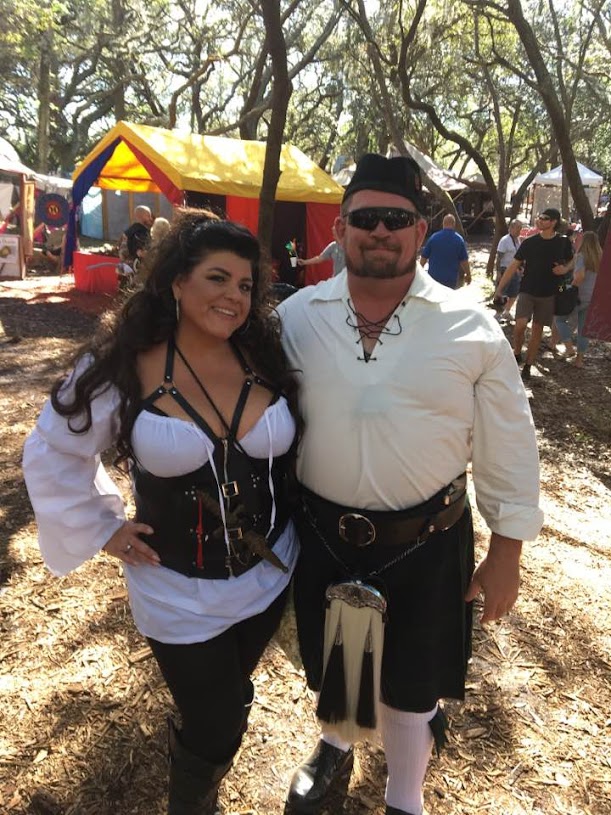 Me and Wifey in 2018?  That was the year her bustier broke and her left titty came blasting out in all it's glory.  I had to buy her on-the-spot a new corset from Ye Olde Corset Shoppe, and man, it ran me $300, but it's quality as all get the hell out, and holds the puppies in place, if not a bit too much, as they look like cantaloupes on display on a shelf when she's strapped in.  It's an actual hand-made quality piece of gear, as almost ALL the goods are at the Ren Faire... the people there genuinely do their best, and the small mom-and-pop shops are the way to go for the clothing and 'stuff'... and you get what you pay for.  The beltmaker who made mine (in the pic) measured and cut the thing to proper length and width for me kilts.  I have quite a few I like to wear... nothing like "Knees in the Breeze" Aye?  TBP knows of what I speak.
AATW!
So, today we kind of forgot to take a lot of pictures.  It's being held in the Ass end of nowhere in Pasco County, as Hillsborough (when it was first getting ready to open) was still under retard Branch Covidian Stupid Levels... not sure if we are now as DeSantis pretty much said "If your vaccinated, then you don't need a mask!" and everything should be back to normal, for the appearances of normal that is, as he also forbids "Vaccine Passports" and vacc cards are actually actionable under HIPAA, meaning no one can ask to see it, without violating Federal Law.
So, theoretically, your word should be enough to not worry about the masks here anymore.  But when Ren Faire, which was shut down last year fully, re-opened, they did it in Pasco, which said "What virus?" and has been running normal for like ever.
So, a good time was had, and Sapper and I got picked in the Raptor Show to stand two and a half feet away from two female volunteers and had a Red Tailed 12 pound Hawk literally buzz right between the four of us, wingtips barely clearing Ye Olde Chest... our shirts literally got ruffled by a Hawk gunning past at "Attack Speed" (about 40-50 mph) right between the four of us... and landing gentle-as-a-feather on Dude's gauntlet for a mouse-gut surprise...
Fuckin' Cool Aye.
The only pic I remembered to take was this 'un: 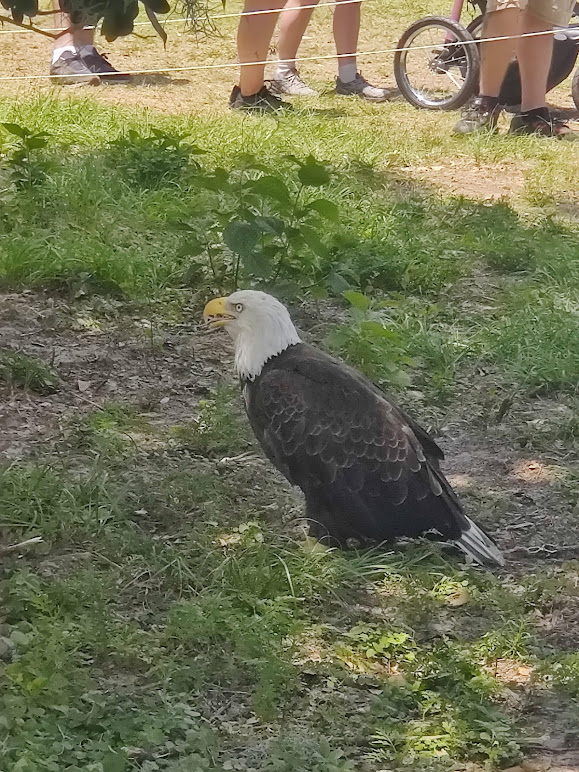 Dude has, and is training a Female Bald Eagle.  After the show we stuck around to talk to guy, and turns out he's a retired Navy SEAL.  I asked my 'loaded' questions and dude responded properly... he's the real deal or a highly researched phony... My gut sez real deal.  Especially since at first, before the show started he was kind of a dick, and after he found out I was former DotMil, we got along just fine.  Found out after the 'dick mood' was because he was overheated, and some asshole earlier in the day had accidentally let his Siberian Huskey loose, which promptly invaded the Raptor zone... where I took that picture of the Eagle... it's a shady area with big birdbaths and the birds are tethered in place.  Nothing -too- serious happened except the Bald Eagle lost a feather that was regrowing, and really pissed him off.
Ms. Eagle is in his possession on a "Federal Tribal Eagle Aviary " permit... which I guess is the only way someone can legally possess an Eagle outside of Zoos and other DotGov entities.  In Ash's case, the bird was marked as a 'dangerous nuisance bird' by The Federal Fish and Game Fuzz.  Seems in Upstate New Yawk, Ms. Eagle got a bit too aggressive about stealing food from picnickers in a State Park... as in aggressively dive-bombing and stealing food from the tourists.  They trapped her, and she was on the 'marked for disposal' when the conservationists groups (like Ash's) stepped in to rehab her.  She's now part of the genetic brood he works with in Colorado, as the Far Northeast Genes she carries are necessary to a solid future for the Baldies in general.  According to Ash, she's got white talons and something about her eye color which is really really needed/wanted in the breeding programs.  So the Fish Fuzz worked out a Tribal permit for him (he's part Amerindian and certified so it's cool) and now he's in process of rehabbing her.
A very educational experience.  Definitely need to go see him again before the end of the season.
So a nice changeup from the 'usual news'  I appreciate all the advice and info that everyone of you who took the time to write to me aboot.  I'm learning on a fair curve for this thing, so hopefully some good will out of it.  I do mention though that almost all of you recommended Kulek and McKee's book as the definitive bible of the M-14/M1A.  Funny thing is, it's been on order since before I even got the rifle in.  Bit of a backorder on it, but it'll be here Thursday it seems.
So, time to reeee-lax.  Might have dinner, might not.  Either way, I had a good time, and was smart enough to slather me carcass in SPF 100.  There -is- such a thing as 'too white' when it comes to the UV donchaknow?
More Later I Remain The Intrepid Reporter
Big Country 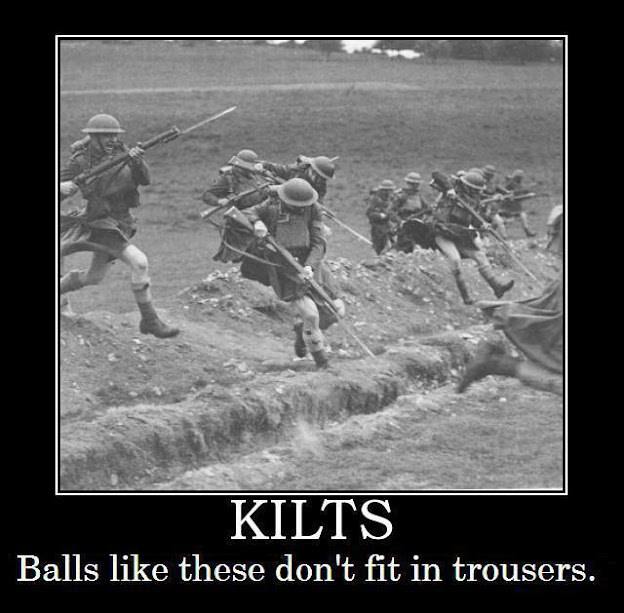 Posted by BigCountryExpat at 7:22 PM