Greetings Me Droogs N Droogettes!
Not for nuthin'  but man, to quote Martin Sheen in 'Apocalypse Now' "...the bullshit (in Vietnam) stacked up so fast you needed wings to stay above it."  Ain't that the truth.  COVID?  Was ist das 'COVID?'  Masks?  Like Jesus man... give me a break.
Now it's 'no masks' and 'we'll take your word on it that your vaxxed.'
OK
If it sounds like bullshit, then it probably is bullshit.  Fauxi is going under the bus for his retardation, if not jail.  And I, personally, have not heard of anyone in my social circle at all who got the fucking bug.
Period fucking dot.
As in not one person.
Nary a one.  Lots of 'friends of friends'... all pure anecdotal.  Ab-so-lutely not a single. fucking. real-time. case of COVID.  Couple of cases of 'flu'... last season.  NOTHING that I can see or hear IRL that tells me we had the worst plague in a gorrillion years roll through.
In fact, the only thing I have heard of in negative side affects of the vaxx itself.
My ex-nephew for one.  18 years old.  Heart attack.  No prior health issues at all.  Kid -just- got out of the hospital on Saturday.  Spawn tells me he's getting lined up for a pacemaker.  At 18.
One of the neighbors had Bells Palsy.
Another guy I know up at the Liquor Store got that vaxx-rash and he said he thought his arm was going to fall off.  The rash, while fading looked like hell itself... combo of poison oak and a heat rash/sunburn.  Painful.  No thanks.  All at the point of injection.
Now granted, that's only three  cases, but it faaar outnumbers the real-time COVID infections that I've actually heard of/seen.  I'm not taking the "Well John knows a guy who told him that that guyys Mom died of COVID."  Fuck that.  Evidence please.  In fact, checking the raw numbers in the Tampa Bay Times, according to In Real Time Stats, the newspaper?  The Sunday Obituararies?  Just about the same number of pages every Sunday for the last year. 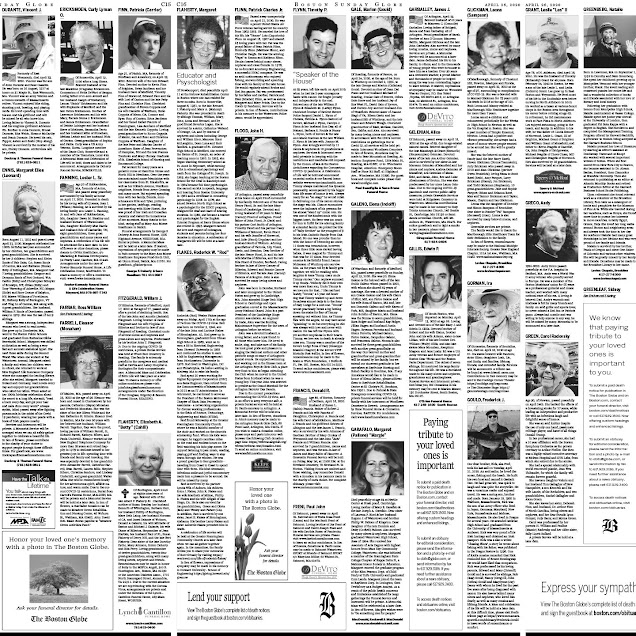 The way they've hyped this thing?
God Help Us if we get a -real- Virus like the Plague of Justinian or the Black Death.
Hell, weaponized Ebola anyone?
Fact is, no matter what bullshit has been spun out there, is COVID real?  Yep.
Is it a case of being hyper exaggerated because OrangeMan Bad?  Fuck yeah.
It was the perfect grift.
Who wants to bet that Slo Joe got with his Joe Chink friends and asked them to drop a 'bug'?  I mean it worked to everyone's advantage.   The Chinks, who were in Trade War One with the US for like real... first time they were -ever- really getting hammered in Trade by us, and man, the NeverTrumpers and assholes who'd rather go and see 'Murica burn than have to put up with OrangeManBad mean Tweets?
Yeah
I can totally believe the Chinks did a 'solid' for Slo Joe and The Ho to corrupt our system.
I mean why not?  Win-win for all concerned.  'Cept us 'reg'lar folks' and we don't count in the grand scheme of things.  As long as us sheep keep paying both sides, the Chinks for cheap knicknacks and the Politicos with our Taxes... just as long as we 'play nice' and don't rock the boat, things'll stay copacetic.  The Ministry of Propaganda is also fully onboard, primarily because they themselves are completely communist to the core.  ALL. OF. THEM.
Which is funny as fuck, because eventually, the press is the first group to 'go up against the wall' when either side wins.  In the end, even if they've been good little propagandist, they get it in the neck.  Can't have quasi-intelligent folks running around.
They get ideas
They start wanting things
They eventually want to be in charge
They start talking and thinking
And can't have that.  There's only so much room at the top.  Ask Stalin.  Ask Trotski.  There's a reason Stalin had Trotski take it in the nugget with a hatchet.

Look at how the Goolag shut down all the blogs on Friday night.  Look how every. single. media, be it social or mass, has now decided to be the arbiters of information.  That they in their 'highly edjumuhcated' Ivory Towers have decided that they know best.  They are doing it at behest of the Politicos, whom have not a clue.  In fact, your average sock-puppet has more of a fucking clue than a goddamned politico at this point Aye?  The other thing is that they, the media, well, honestly they are also (((them))) and that's a fact.  Calling out the fact that 99.999% of media being owned, commanded and operated by a single group of an ethno-religious group is not being "anti" anything.  Point in fact is, that if you have to demonize someone for calling out that fact, means that you -might- be up to no good.  If you were not up to no good, I'd think you'd be proud that (((your group))) is doing so much better than all the others and be bragging about it.
Unless............
Yep. this ain't the Daily Stormer here... far from it.  But you'd think that some people thought it was because of my observational propensity.  I don't make the news, I just tells it.  And these days, it's unreal how dystopian our society is heading.  And the people steering us that way are as clueless as a baby duckling.
BTW:
Speaking of the ole Daily Stormer...
For those not in the know, it's a  virulent Anti-Semitic... hell, anti-everything website.  Or maybe anti-anything-the-guy-who-runs-it sez it is... that guy?  Andrew Anglin.  Neo-Nazi extraordinaire supposedly.  Now, the reason I say 'supposedly' is something that got poasted on Crazy Days and Nights, a website of celebutard gossip... run by a guy called "ENT Lawyer"... as in Entertainment Lawyer...  and so far, on an intelligence scale of 1 to 5, with 5 being absolute, his intel, so far is about a 4.5 or so... so reliability?  Yeah.  He's got it.
What caught my eye was this:

March 11th...
An interesting indictment if'n I do say so meselves.
And 'related' I don't -think- means as in related-related but as in Anglin is a stand in for Putin vis-a-vis the whole 'battling (((them)))' i.e. the Jews.  It is a fact that 90% of Russia's troubles back in the day were all caused by the ethno-religion.  And that the current targeting and modern pushing of the Anti-Russian narrative seems to have the same foundational aspects regarding the (((whos-who))) of agi-prop against Putin et al.
Seeings that outside of political assassinations, the Russians can't come out and 'name the Jew' publicly, then creating and maintaining a near-constant harangue against them on the regular would be a pretty good thing from Vladimir's perspective.  I mean why the hell not?  Keeps the pressure on them.  It also explains why no-one knows where Anglin really is, and hell, who he really is.  Guy is a ghost for all intents and purposes.
Either way, the summer is now here.
It's going to start getting worse.  That and I've also been doing a bit of research with Sapper.  We both watch and have read the "Suspicious Observers" website.  We also read their books they sell on said-website.  The page is suspicious0bservers.org.  yeah, a zero where the 'O' should go.  They have some really interesting and valid ideas, and it's all about B.O.B.
That being the Big Orange Ball in the sky.
Essentially, cutting to the quick n dirty, the sun is responsible for all activity weather-wise here on Earth.  Makes sense to me.  I don't buy anything saying that we as humans can do anything to genuinely affect the Ole Earth... I mean just short of blowing everything to hell with Nukes or Bioweapons, and even then, we ain't actually gonna do shit to the Earth... the Earth itself is gonna keep on spinning with us here or not... anything we do is going to affect us and the animals here...  and warming?
Puh-leeze.
We're gnats on the back of a very big dog metaphorically speaking.
COULD we fuck things up?  Probably.  Like Slo, never discount the ability for mankind to gloriously fuck things up in perpetuity.  We -could- end up blowing the roof off the world, but whathaveyou Aye?  Point  is, these guys say that B.O.B. runs the show, and that so far?  Yeah, most of the 'stuff' that they discuss is pretty reasonable and on point.  One of the more fascinating things they're talking about is changes in the Earth's Magnetic Fields.  Seems the poles are shifting, the magnetic lines and such whatnot are weakening and other such stuff.  It begs the question to me:
Is part of the reason people -in general- are seemingly going fuckin' insane a tertiary affect of the magnetic poles and fields changing?  I mean our gray matter -is- (albeit weakly) an bio-electric machine that may or may not be affected by that sort of thing.  Could the slip into madness be because of the overall changes in the environment itself ?  I mean the term 'lunacy' comes from the dynamics of the Full Moon, and marked gravitational affects.
Why not?  Makes as much sense as anything else when it comes to Humanity flipping it's collective shit Aye?  I mean I got nothing else making as much sense as to the reasons that everyone has lost the plot.
I'd be really curious to see a professional to look into that.
Although that might scare the shit out of me, as it might show that people are going to get worse at one point?  Either way, from a strictly educational area/line of thought, it's interesting as hell.
So, More Later I Remain The Intrepid Reporter
Big Country 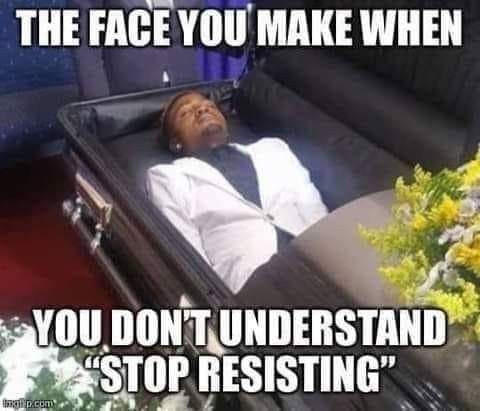