Greetings Me Droogs n Droogettes!
Quite the discussion from the last poastage apparently. Whelp, I like a good discussion / argument, and man, the sparks in some cases flew, especially on the bigcountryexpat dot com page. I was especially tickled by a commenter "Chicolini" who said "Since you’re so prone to use bad language, I’ll follow your example. Fuck you Junior.."
And yeah, I -do- use 'bad language' AND I also don't censor or block people unless they're trolling for troll sake.  But I will say, the reaction was interesting and telling 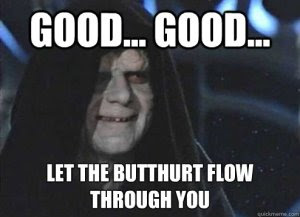 It's telling in that the number of people (Boomers in particular) who jumped on the "You suck! You're an asshole"  or more commonly "I worked my ass off to get where I am I earned this!"  Apparently, some folks took it personally.  Huh.  Don't remember singling out anyone per se but indicting a group as a overarching example.
Lets look at MY generation...
Generation X, my gen? Sheesh. You want to talk about a bunch of malcontents? That'd be us. The first latchkey kids. Mainly because our parents, trying like hell to 'keep up with the Joneses', BOTH parents worked. We also were the first generation who suffered 'no-fault divorce' resulting in single-motherhood, and the degradation of the Family unit. The first generation where we were initially told that we too, could have it all. But, unfortunately, it wasn't true. Call Gen X the first of the worst. We realized early on that everything was shit... that everything we were taught a lie. We realized our music was dogshit... "Material Girl"... Our anthem was "Smells Like Teen Spirit" and grunge became a style... disaffected, dissolute, disinterested. Our fashions? Cheap and plastic. MTV... say no more. Any wonder why we just didn't give a shit?

Our 'great escape' were early vidya games...Atari 2600 became our virtual babysitter, and snackables and hot-pockets the gourmet choice of microwave moms everywhere. IF we were lucky enough to get wheels, our choices of vehicles were something less-than-desirable, unless you had the scratch for something hawt and new... and even then, anything over a 3.7 liter engine became extinct unless you were a motorhead and had the skills and cash to make it run.

We saw the largess our forebears had. We wanted it too. The biggest sin that the Boomers committed? It was they told us that we could have it through hard work and determination. That it was on US to grab that brass ring... the one that was placed at easy-to-grab height for them? It was firmly placed waaay out of reach for the majority of us X'ers, and no one warned us. The Biggest Problem was, a LOT of those brass rings and gateways were firmly barred/welded in place, unless you were connected. And as far as 'taking over' from the older generation?

Whelp... I still have not seen the changing of the Old Guard for the New Guard.

One thing you have to credit the Boomers with is tenacity.
They never give up, nor let go.
Look at the politics of today. This communist/socialist program that's being instituted NOW is a product of the late 50's early 60' Hippy/Yippy Communist indoctrination. When open revolution failed to materialize, scumfucker red-diaper Commies went to ground and became educators. Why fight in the streets when you can program the next generation and incalculate your plans in them, and have THEM do the dirty work bringing the Socialist Paradise to fruition? Bill Ayers?... That fuckin' dude should have been executed for treason. Instead, he AND his wife Bernardine Dohrn... who, not surprisingly helped raise Chesa Boudin, the communist District Attorney in San Francisco, are living the life of highly respected educators and the toast of the left wing set who, just by the by, were also responsible for King Obama.

Funny how that works?

And if being associated with that makes you upset, don't get mad at the messenger, be mad at the source.  It also ain't on you personally.  Ain't none of my doing, nor yours, per se.  I'm just here doing critical social analysis from my own point of view

As Oh-so-many these days like to say "It's his truth!" I, honestly can't do a buy in on that horseshit. Truth is truth. End period dot.
Who instituted 90% of the political changes that we've seen in the past 50 years?
Who is still running the show?
What is the single largest demographic of US Population?
Which US Demographic population, per capita, has ALL the monies?
Sure as hell ain't Gen X.
If that upsets you?  My question is why?
It's like I don't give a fuck that they say Gen X is, as I stated before: "disaffected, dissolute, disinterested"... it's because we are.  If you get all butthurt over me saying that the Boomers had it good, and left us dogshit, well, that ain't on me.  The issue that you have is the "OK Boomer" issue... that people started dissing your generation... instead of being held up and worshipped, you've been relegated to the sidelines of historical measures as felonious greedheads.  Your parents were "The Greatest Generation"... their parents were "The Silent Generation" for quietly enduring that which should have never happened, but did.  They maintained their faith, and raised the Generation that quite possibly saved the world at the time... that's open to debate, but go with the idea here...
Boomers?  Failed Hippies, Closet Communists and Socialists, New Robber Barons, Mad Greedheads and Political Psychopaths.  Gave birth to the most apathetic Generation, Generation X... with the lowest amount of kids born also in a looong time, thanks to birth control.  Far as I can tell, the only thing that Gen X is going to be remembered for is having the Millennials and fucking up the system oh so badly with Helicopter Parenting and "Participation Awards" because our Boomer mummy and daddies didn't pay enough attention to us, so the X'ers overcompensated, making a Generation so fucking mentally and socially damaged that needs to realistically eliminated/sterilized.  There ARE exceptions of course, but few and far between.
So, ALL THE generations, post War generations that is, are inherently damaged goods.  Only thing is, The Boomer Generation take it as a personal slur against them.  Kind of funny though ain't it?
Not so much anyone else.  The millennials seem to wear it as a badge of pride.
Whatever floats ye olde boat Aye?
I know I've done my best.
I'm sure you all have too.
No need to get all upset though for something like this.
Tis whut Tis...
No more, no less.
More Later Tonight, and stay tuned.  The PSO-06 finally showed up from Russia.  I'm planning on mounting it and getting some pictures and doing a poast about it.
So I remain The Intrepid Reporter
Big Country 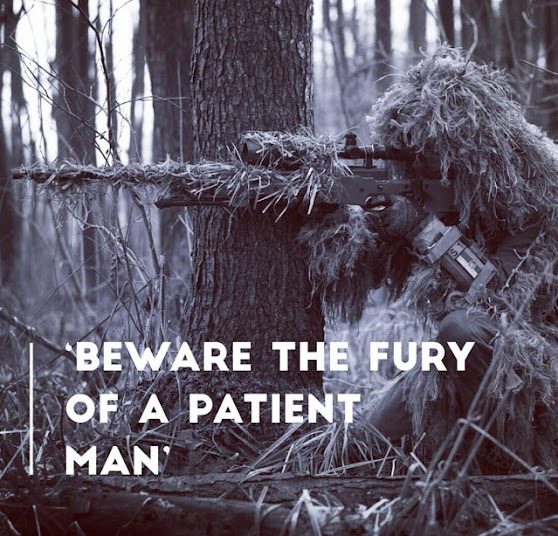 Posted by BigCountryExpat at 1:17 PM