Being a Dick, Graduate Level

Greetings Me Droogs N Droogettes!
A long, stressed summers day ahead, along with a -bunch-o'stupid shit.
So, while doing some digging tonight/last night, I went into my old humidor.  Xwife got it for me years n years ago, and it's a 1930s cigar box... really nice.  I use it to store my old medals, qual pins, my old ribbon rack... the dot-mil dress stuff I no longer use, witht he exception of my wings and regimental crests.
That's what I was looking for actually, a 187th Regimental Crest for my new hat. 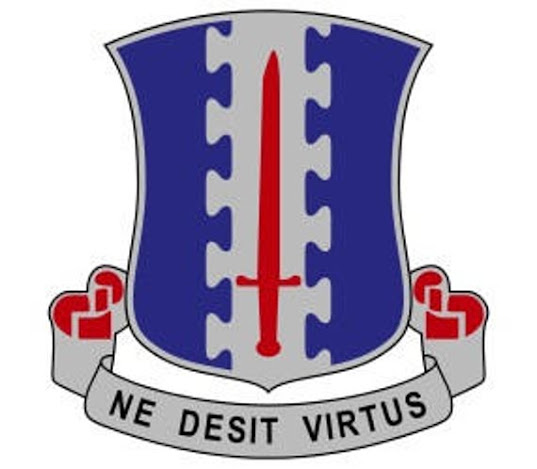 I picked up a World War Two garrison cap on Fleabay a few weeks ago.
(Dammit... can't upload pictures today... got the one above, now Blogger is acting Full Retard!)  Oh well take my word for it, it's sweeeet.
Like $5!!!  It's an old version of the 'cunt-cap' in Khaki.  VERY cool.  I dug out one of my old Glider patches we wore on our nasty-green dress uniform (I fucking purely hated that nasty leisure suit) and stitched it onto the proper location.  I wanted to put the crest on the other side as that's where you'd put it properly if you're an enlisted man.  Not sure what AR670-1 sez aboot it nowadays...

Huh.  Looking it up, they still have it as 'AGSU' which stands for Army Green Service Uniform?  Huh.. I thought they went back to the browns?  Soooo... looking it up AGSU is the browns, or olive green apparently.    To me, you say 'Army Green' and I get nightmare flashbacks to that polyester abortion we had to wear back in the day... nasty ugly fucked up uniform.  HATED that thing to the point I literally cut the patches off of it, and threw it in the trash when I got out.  Nasty gross smelly foul.  GOD did I hate that fucking thing.
What's hysterical to me is the younger guys I talked to?  They all hated the blues that the Army shifted to around 2000.  I'm all like whatever man... we dreamed of the blues, but like no-one had the extra scratch to buy them.  And speaking of that, the new uniform?  Sexy as all git oot, but damned if someone isn't profiteering on that shitshow.  I went to the website to size up what it'd cost to get the new uniform.  "Obscenely Prohibitively Expensive" doesn't even start to touch that sucker.  The cost of the jacket alone is $400.  Nevermind all the 'other stuff' that they want you to have...  a full uniform, with Corcoran Brown Jump boots is like $1200 all together.
Sheesh.
Even with a clothing allowance, that's insane.
So, anywho, digging through my 'stuff' I found something I totally forgot about.
Again, Blogger has fucked me and won't upload.
Long story short:  It's a set of Lieutenant General's stars.  Like legit generals stars.  I know because I stole 'em right off the General's hat when the fucker was visiting battalion.  I have no idea if anyone noticed, but he left his cover with all these other guys on a table in the briefing room
I just might have been the guy who managed to slip away and abscond with them during the Powerpoint briefing.  Word is Mon Generale was peeved like a motherfucker to have his stars stolen.
Eh... whatever.
Don't leave yer hat laying around
Dumbass.
Wish y'all could see the pic.  Hopefully later Blogger'll unfuck itself.  In the meantime, you can view them at my other site: https://www.bigcountryexpat.com/being-a-dick-graduate-level/

So, More later I Remain the Intrepid Reporter
Big Country
Posted by BigCountryExpat at 1:24 PM