All Sorts of Weirdness

Greetings Me Droogs N Droogettes!
First, Administrative actions:  Many Many Many Gratitudinal Thanks to Reader Porkypine.  Dude, you literally shouldn't have.  I can not get over the generosity.  I got a package in the mail... was told I had 'food' inbound for the new Springfield.  As well as 'some other shytte'.  OK cool.  Many thanks and dude...
The package that got delivered?
Holy crap.  When you have to count the ammo by weight, that's more than I expected. 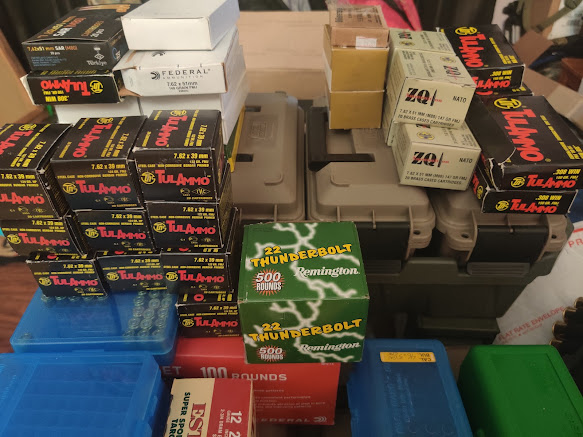 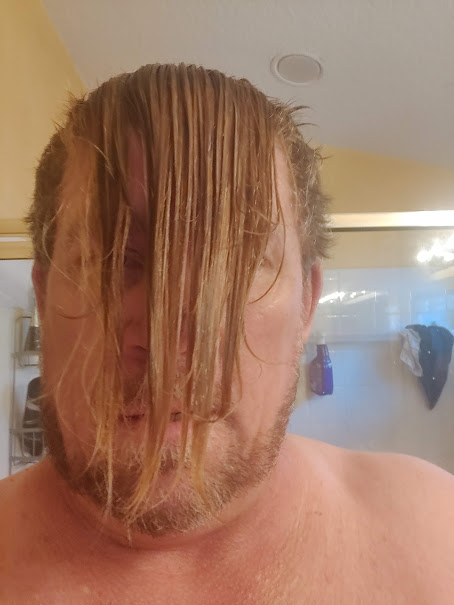 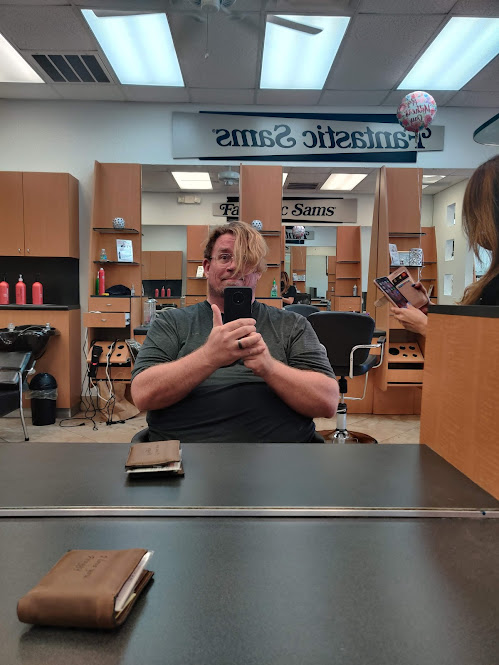 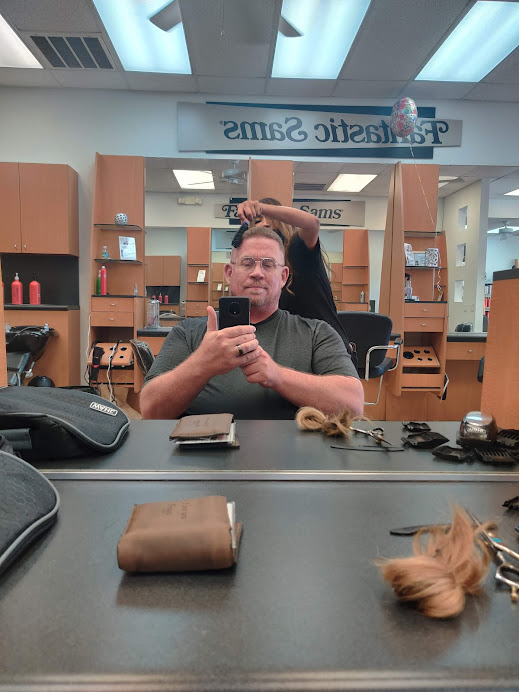 After.
You'll notice the ponytail on the counter.
Six Years of growth right there
Eh... it's hair... whatever.  Shocks Wifey that I'm not upset by losing the nugget cover.  Told her multiple times I'm a guy.  That shit don't matter to us, not unless yer a fag or something.  I can't remember how many times Xwife in an attempt to save money when I was a PFC -tried- to do a high and tight and fucked it up, whereupon I'd just grab the clippers, and reduce now-fucked up nugget rug to stubble uniformly without a fuck to give.
Shit grows back.
This's my concerned face <points at emotionless grill>
Then, on a bounce off of my "Friday and Branch Covidians", I got hot intel.
Spawn informed me about a near-tragedy in the "X" side of the fam.
Now, honestly, for the most part, 90% of them could die, in a fire, screaming and I wouldn't give a shit.  That being said, the shits I give are because it IS Spawn's fam, and they matter to him.  In fact I explained to him that the only reason that the majority of them are still drawing O-2 is because it would upset him if I went full on Rampage Mode and took back what I felt was due.
I'm sentimental like that
Key emphasis on "mental" in the word.
But yeah, he's also used that on his Uncle, Xwife's worthless controlling piece of shit brother, which if not for Spawn, I'd gleefully disembowel, and leave for the feral hogs in a field.  No love lost Aye?
BUT... the 'hot poop' is that XUncle's worthless son, my Xnephew got the shot.  First round Moderna from our understanding.  18 year old male, no real health issues but a minor bout of childhood asthma that he recovered from.  Got round #1, and 3 days later?

At Age 18
Intensive care for 3 days.
"We have no idea what could have caused this!" said the fucking worthless croakers attending
Kid is still fucked up, and still got the second shot
Man, I'm thinking more and more the divorce saved me in more ways than one
Spawn -was- under some insane pressure to get the shot
I hooked him up today with my own 'special remedy'
Homebrew is sooooo much 'tastier' so to speak
Spawn went to visit his cousin, and said he looks like hell
Damned right he should, as MY heart attack when I was 26 damned near wasted me.
(Drugs, partying and drinking caught up... what can I say?)
But 18?
No history of heart trouble on either side of the fam, personal nor family?
Sheeeeeeeeeeeeeeeee-it
That's one right there that's a confirmed vax related effect
Do. Not. Care. what bullshit the croakers talk about.
I may not like the fucker, but damned son, a fucking heart attack at 18, with alllllll the side effects, to include myocardial inflammation after, an irregular EKG and now, they're talking possible pacemaker?
At fucking 18?
Now, since my Xbrotherinlaw FaggotMan doesn't have any balls, I know if that shit had happened to Spawn?  OMFG... Lawsuits, you name it, all legal routes to be explored, and if all fail?  Institute Mark One Mod One Payback on the people responsible.  Sort of like how I am currently vis-a-vis Spawn #2, and the docs who fucked her head up.  The ones who scripted her the meds for her 'transition'?  I'm doing LOTS of research.
Hey there... I'm looking for you.
I will find you eventually
Jes' Sayin'
No more, no less
"That's all I got to say about that."
Forrest Gump
But yeah... That's about it, besides the hairscut, I'm doing well, and will continue the rage and hate as we go
More Later I Remain The Intrepid Reporter
Big Country 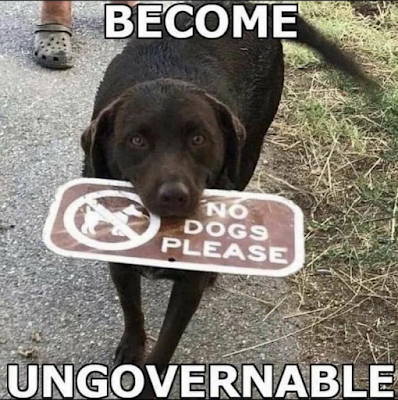 Posted by BigCountryExpat at 8:46 PM