Greetings Me Droogs N Droogettes!
Garon-damned-tee it ain't a Whiteboy.
Been holding off, letting the clock tick to see.
Only word we got is 8 confirmed dead, nine possible including the shooter.  Who is, as of now, and "unidentified 20 year old male".  However, that's bullshit, as they said flat out they went to his house to search it.  Which they know exactly who the fuck it is, and what he is.  Methinks it's gonna be a dirt-person.  Probably a black.  Reasoning?
They let slip that the facility in question employs a LOT of Sikhs.
Like a HUGE number varably speaking on the demographics.
Also, no names of the vics.
Which, again, is telling.
Got me a hunch, and mebbe I'm wrong, but say an Urban Yoot, who got fired went back and Hatecrimed a bunch of Dots?  Magic dirt versus Magic Dirt...
Guess time will tell, but if it WAS MD on MD, then watch this circle the bowl faster than the Junior Jihadi Aloha Snackbar in Colorado did
'Member him?  Wonder what his real motivation was there?
The Ministry of Propaganda knows, but thinks we should be kept in the dark.
Keep that in mind next time you see a reporter or 'journalist'
Call them out on being horrific pieces of shit, that gives shit a bad name.
More Later I Remain The Intrepid Reporter
Big Country 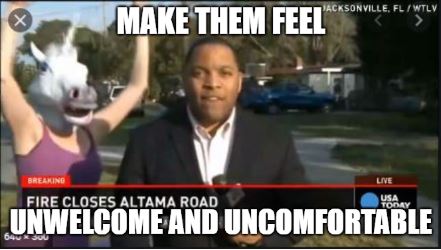 Posted by BigCountryExpat at 2:01 PM