Something Very Very Wrong with Me... 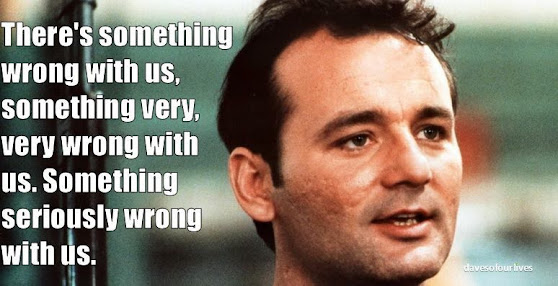 "There's something wrong with us, something very, very wrong with us. Something seriously wrong with us - we're soldiers. But we're American soldiers! We've been kicking ass for 200 years!"
And in this case, today's Lunch show I just ain't right sometimes.  Leastways the way Wifey reacted when I busted out my lunch for today: 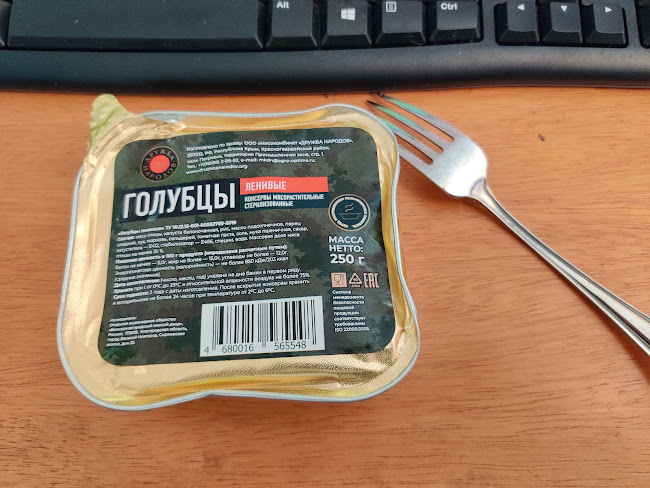 I busted into that Russian MRE...  There were Three 250 Gram tins to choose from, one is Beef, one Beef w/Cereal, and the last, Beef, Rice and Veggies.  Leastways that's what the translation sheet stated.
Me?  I had no idea... I took the one that was most dented.
Turns out, I chose.....wisely. 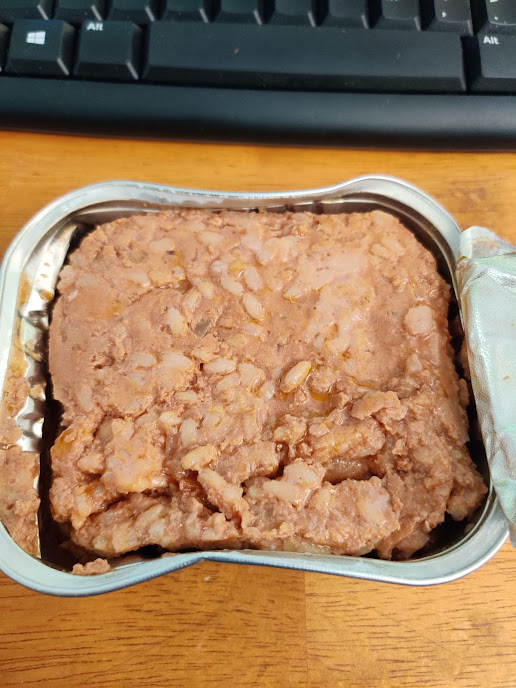 Initial Impact:  Looks like cat food.  Smelled ok though...  Quickly realized this's the beef, rice 'n veggies.  I then went to heat it up... I did taste it cold, and TBH, not bad... not too salty, but had a tomato undertaste.  So, I threw it in a bowl and gave it 45 seconds on the Microwave. 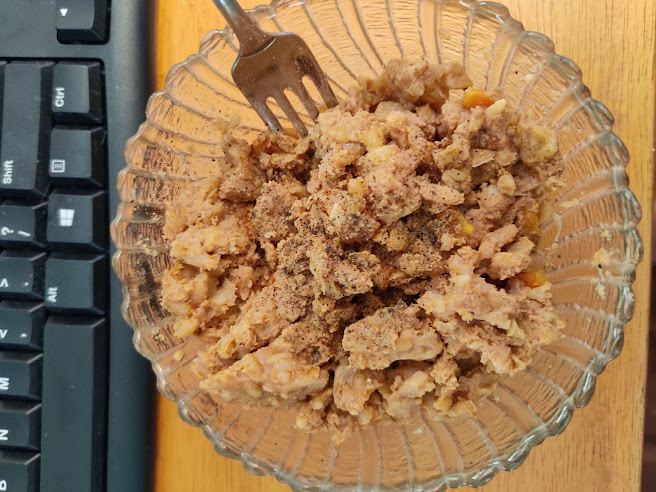 Mashed it up before I nuked it...
Tasted it, and realized it needed pepper
And Holy Shit!
Wowsers!
Like color me highly surprised!!!
That shit was the shit!  Like man, damned good.  Lots of Carrots, a taste of tomatos, and not, unlike the US variant, swimming in gravy or a sauce.  IMO thats a BIG problem with US DotMil issue MREs... 90% of them are fucking just gravy with random chunks of mystery meats and veggies in it, and they tend to be generic as fuck.  Tastes like either Dark Brown or Light Brown... and salt... lots and lots of salt.
The Rooskie Meal though?  Wet but not floating...  Heated?  Smelled really good.  Stella the Sausage Princess Pitbull was salivating like the chow hound she is.  I let her have the last 1/4 bowl of it, and she damned near snorted it up like a Hunter Biden at Tony Montana's desk.  So it gets the Puppy Two Paws Up.
Wifey declined the invite for a taste.
One of these days I'm gonna make up an entire dinner of some Army chow and not tell her ass, and let her eat it all, then show her the empty wrappers.  Been trying to tell her I want her to try this stuff now (which I also suggest y'all do, whilst we can) while you have the choice because knowing now what you like and do not like allows you the leeway to build up your stockpiles for when there ain't no fucking choice.  Being a prepper doesn't mean you stock shit yer going to hate, or not like.  Best to have stuff that tastes good, is nutritionally balanced, and you have no issues with.  Like I'm doing with Ivan's Rooskie chow.  If my ass doesn't detonate and I don't ralph my guts, I know next pay period there's gonna be at least two or three meals of these bought and stashed in the survival food.

The thing about the Rooskie meal is it runs $75 on the Zon and you can find them cheaper, BUT the expiration dates on the Ebay ones are usually past... not that that's too much of an issue, as seen by that lunatic on YouTube Steve1989MREInfo... Dude has a fucking steel gullet I swear...he ate, no shit a World War One Emergency Beef Tallow Food rat that the Brits had... 120 something years old... and he's still alive.  Nevermind in the game Fallout you can gather up tins of food from prewar, 200 years later.  So, I figure it's worth chancing.

Now as far as that Russian MRE, it's almost 4 pounds of foods and ephemera.  Like 24 hours of main meals, crackers, jams, fruits, candies, and bullshit.  LOTS of extras... Including a small stove, heat tabs, matches, and amazingly, (which the US Army DotMil should include but doesn't) are water purification tabs. 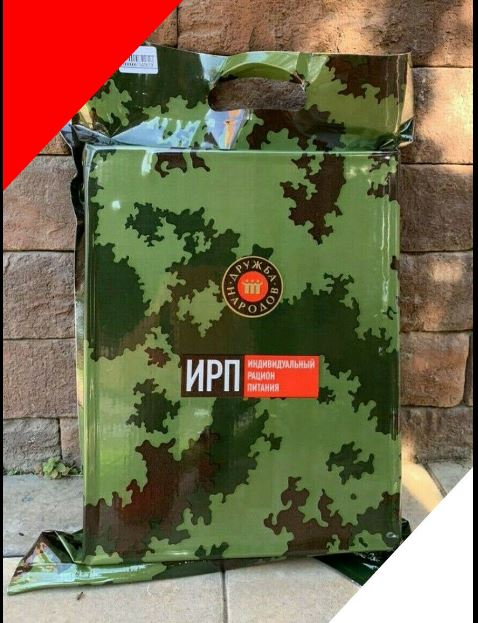 So yeah, now MY reason for trying and liking the foreign MREs is, besides the fun factor, I -want- variety in my long term emergency food stores.  Sure, you can go all "Bison Prepper" and have 10,000 pounds of rice, and 40,000 pounds of wheat flour (that apparently he eats by making a paste.... bleeeech!!!) but man, that's surviving, not living.  As side note BTW, he poasted a note a while ago after going dark, FYI.  I mean eventually, survival does come into play, but man, if I gotta go out, I'd prefer my last meal to be tasty, and not purina, knowhutimsayin?
So, More Later I Remain The Intrepid Reporter
Big Country 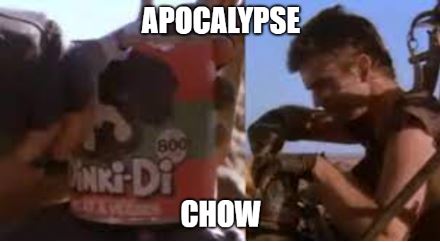 Posted by BigCountryExpat at 4:46 PM