Put a Pat of Butter on It

Greetings Me Droogs N Droogettes
The title is to indicate the status of the true Rule of Law in this country.
It's toast. 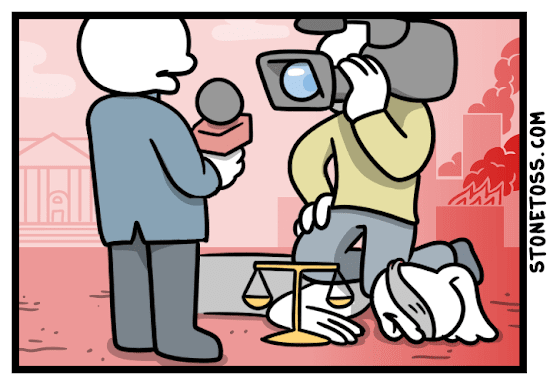 With the assist of the Ministry of Propaganda of course...

But we already knew that.  The RoL is for 'little people', not people like Hillary or Mad Maxine... No no.  Thing is, the dynamic just changed with Chauvin going under the bus.  And it's a good thing from a certain point of view.  The Elites, and their Sturmabteilung, a.k.a. AntiFa and the like seem to think they won a great victory in this fucking farce of a fumblefuckery trial.
The only thing they've successfully done is start the accelerationist process of having their Praetorians come over to our side.
Congratulations!  You just managed to undermine the one group, who before, by dint of pension pressures and whatnot are now facing the inevitable jailing for policing the wrong colored individuals.

These badged bullies were your bulwark against We the Pissed Off People...  and you just cut the legs off of the one group who'd willingly trample the Bill of Rights to protect you from us.

WriteWinger over of Gab had this to say:

Followed by commentary from the Lovely LMA and Hill's observation: 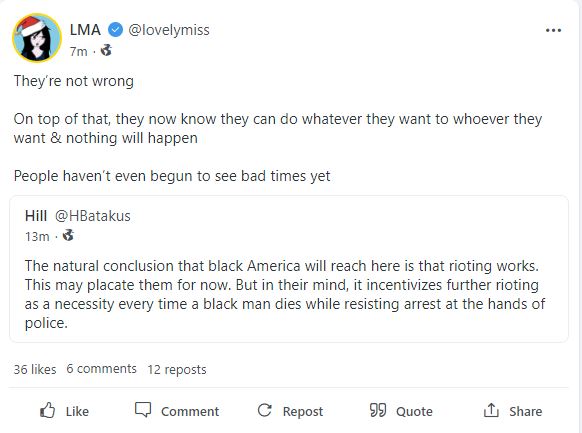 So...
Like I said... Congratulations!  You win.  Cops are now going to be done.
Like done-done.
Finito Bandito.
"Like a Belly Button, We outtie" stated the entirety of the United States Police Forces.

I mean granted you'll have a few granite-headed morons who still think that they'll be the last one on the boxcars, or avoid them as they can.  There were Jews in Warsaw who actively assisted the Germans in belief that they'd be spared.  However, now?  In reality?  The cops, they now know:
Not so fuckin' much.
As Santayana said: "Those who fail to remember history are condemned to repeat it."
Good n' hard in this case.
Chauvin was a 19 year veteran cop.
So much for that pension there bully-boyo. 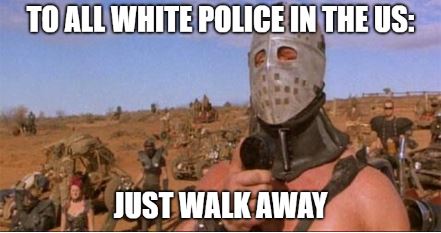 In 1992, when the feral niggers rampaged in Los Angeles, the cops and Guard went out of their way to set up a cordon sanitaire on Western Avenue, to keep the Ferals out of Beverly Hills.

Any bets on if that'll happen again?
More n'likely NOT.
Hollyweird?  The next time some BLM Inspired "Reallocation Reparation Riots" cut loose, which by LMA's analysis, is going to be sooner, rather than later, the Hollywood set?  They're going to be on their own.  And you know what?  Good.  Fuck 'em.  Burn 'em out, Rape and Pillage.  Let the Leftist Limousine Libtards feel the heat and pain that they've been inflicting on the rest of us for far too long.
Tell you what, right now?  If -I- were a cop?  Let me tell you, I'd be blind to crime from here on out.  Quite literally.  Speeding car?  What speeding car?  Drunk driver?  I know not of what you speak.  Gunplay?  Unless aimed specifically at me? Fuck it, it's time for Fresh Krispy Kreme's.

Pull over a white dude for whatever reason, and ask him how his day is going.  Unless he's got a severed human head in the passenger's seat, I'd not even give a shit if he was sitting with an 12 pack in his lap, with an open container in his hand.  And even then?  After this particular race-fueled debacle?  Let me tell ya, if it was a severed black man/womans head in the seat, even then, I might just give him a pass.  Might ask him for a beer before I let him go too.
See, I said a few weeks ago that we're head to Brazil cop-wise.  Think I might be on to something.  Cops just ler't the hard way that they actually do not matter and that all that matters is sucking up to the Magic Niggers and Criminals who worship them.  I saw this coming when those fucking idiot fuzz washed the feetz.
Never bow to a man.
Never ever apologize.
Never ever give an inch.
Fuck 'em all.
67% of the nation's Police Forces are made up of Whypeepo.
And that group was just told that they're no longer allowed to police and/or stop any member of the 13% part of our population who is primarily responsible for 82% of all murders between 1980 and 2008. That 13% is responsible for almost ALL the most violent crimes, from murder, to rape, nevermind felonious assaults, and robberies, and the cops were just told that "that's cool, leave 'em be."  Essentially, the fuzz were just told that they have to be "hands off" on blacks.
And the Feral Niggers know it.
You think crime was bad now?
You ain't seen shit yet.
The most violent part of our population just was told that they have a 'hard pass' on anything and everything in perpetuity.  Until they choose the wrong person and/or people.  Me?  I ain't calling the cops ever again.  I just ordered a new shovel on the Zon, and I still have a large-ish amount of Quiklime from all the yardwork.  The side yard needs fertilizer.

In Colorado, before the Extreme Libtardation happened, Some environmental groups insisted on re-introducing wolves to certain areas.  Beef farmers started having 'issues' with this well meaning, if not misguided environmental repopulation project.  The wolves started after the 'easy meat' of the beef cows, and the Department of the Interior was it's usual bureaucratic self, less than helpful.  It's became known as the "Rule of the S'es"
Shoot 'em.
Shovel 'em.
and
Shut up.
Gonna see a lot of that, and more.
To include a lot of "Missing Peepo" signs in the 'hood... leastways I would hope...
But in most cases: 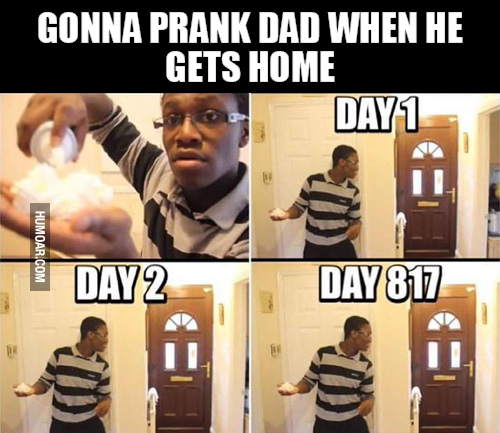 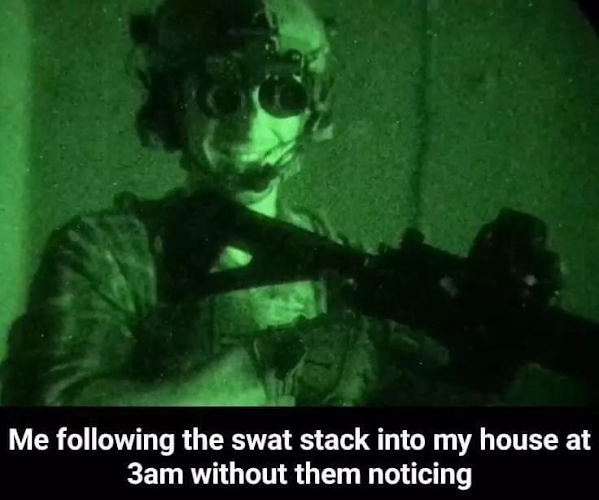 Posted by BigCountryExpat at 10:19 PM