Greetings Me Droogs N Droogettes!
Another Sunday and lo and behold!  MOR Rain!  'Bout damned time too.  The last rain of which I spoke shut off shortly after poasting about it.  This time though, I guarantee it'll keep going.  Mainly because I washed the car on Friday, AND yesterday, Sapper and I broke out the 'above ground' pool to set up on the lanai.
Now, for those of you who aren't from around these parts, a lanai is a fancy word for a screened in sun-porch.  VERY common in Florida.  It's relatively useful for those who enjoy worshiping the sun and laying out getting and collecting their melanomas, and in my case it's a good location to set up a 14 foot wide by 42 inch deep wading/floating pool.  VERY red-necky but seeings I can't have an in ground pool installed, this's the next best thing.  Can't have an in ground done because of the water table and such things... dig down 3 feet in my yard and the hole starts filling with water right then and there...
So ever couple of years (they don't last too long unfortunately) I buy a temporary summer pool that's very enjoyable to use.  Of course the -second- I start putting it together, the rain starts.  probably keep raining til September as my luck would have it.
But... anyways
A few poasts back I talked about how it'd be fun to start pinging your local BLM Chapters on the "Show Me The Money!" issue vis-a-vis on just where did it all go?  I really wonder if someone out there hit a nerve because now it's coming out that one of the founders, Patrisse Khan-Cullors, rugmuncher extraordinaire, has been caught out buying a 1.4 million dollar Casa in the exclusive  (i.e. no niggers/spics welcome) Topanga Canyon in Los Angeles. 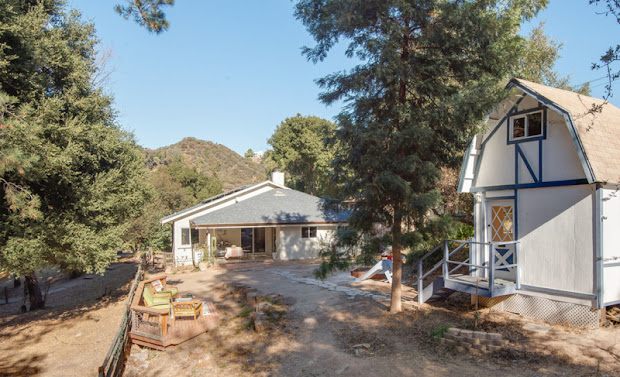 Nice gig if'n you can get it Aye?
Now, on American Thinker, one of the more, shall we say, incendiary writers there offered up that the local hood rat Negro Arsonists should be given the addy of said-bungalo and let them dispense the 'social justice' that that commie bitch loves to rail about.  Now, I'm not sayin' that I agree necessarily...
Because apparently, where there's smoke, there's fire
'Cos someone decided to keep digging... and apparently even if -someone- were to burn that motherfucker to the ground, well, it's not going to upset her too much...
As she has 4 other sets of really nice digs to hunker into 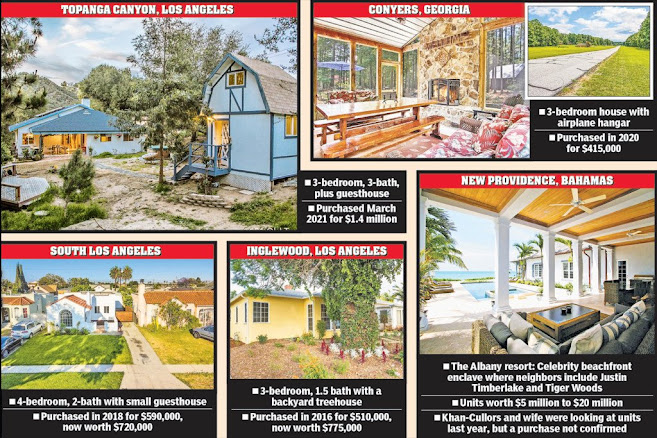 Well well well well...
Nigger-Grifting at it's finest.
The properties listed above work out, using the Bahamas at the cheapest at a cool five mil, that's just around ten million dollars in property she's bought.  Methinks that ain't gonna play well with others.
My bet is she's going to hide out in the Bahamas.  Safe bet there because once the brothas figure out just how much she's stolen her ass ain't worth a plugged nickel.  I mean she's not in danger of being prosecuted by the DotGov... hells no.  Magic-Negro Worship keeps her safe on that level, but the niggers who got conned, who genuinely believed?  I put the odds at 50-50 that she gets home-invaded sometime in the extremely near future, once someone reads these stories to the subliterate cretins in the Hood.
That is if they don't burn her out first.
Blacks tend to be even more vicious towards their own regarding being 'traitors' and 'Uncle Toms' with traitors being the worst.  Worst thing you can do is grift the fuck out of them, and then rub it in their faces.  Al Sharpton, despite all his scumbaggery, keeps a relatively low profile, and keeps enough money being spread around that the nogs haven't cottoned on (heh) to the fact that he's a grifter.  Cullors however, she pulled in more than two BILLION dollars in her "Black Lives Matters" scam.
And by all accounts, kept all that shit for herself and a couple of close confidants.  According to all the BLM pages I've surfed, researched and looked at, the one most common complaint was a complete lack of financial support from the National HQ... which is solely under Cullors watch... Where'd the money go Patrisse?  Ahhhhhhhhh OK... you stole it all... Grifters gonna grift, just like Nigs gonna nig.
New term: BackLash Matters Patrisse...
And you done earned every. last. bit. of it.
Pardon whilst I sit back with a heaping mug of schadenfreude...
Speaking generally for all us regular White Folks that you've spent the past year and a half or more demonizing, dehumanizing, tormenting, torturing, belittling and trying to subjugate, I personally look forward to watching the video of you being 'necklaced' Sou'African Style.
More Later I Remain The Intrepid Reporter
Big Country 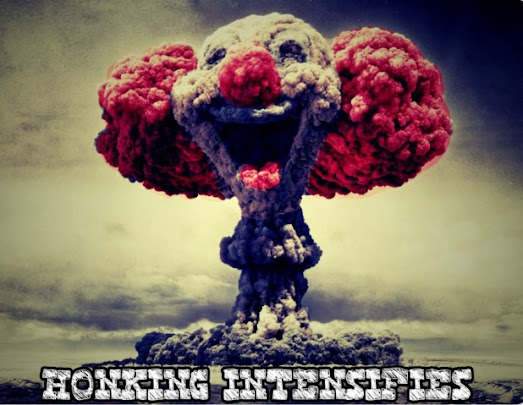 Posted by BigCountryExpat at 2:00 PM