A Busy Saturday (and now it's Sunday)

Greetings Me Droogs n Droogettes!
>WHEW<
What time is it?  The day flew by.  In fact, it's now tomorrow.  Me 'n Sapper did a lot of errands today.  Had to go and get my FFL dealer to start the paperwork on a pickup for the rifle, drop off mail (which went sideways a bit), get chlorine for the pool, and we managed to hit the surplus store so's I could look for a mag pouch for the M1A mags.
Found one too: 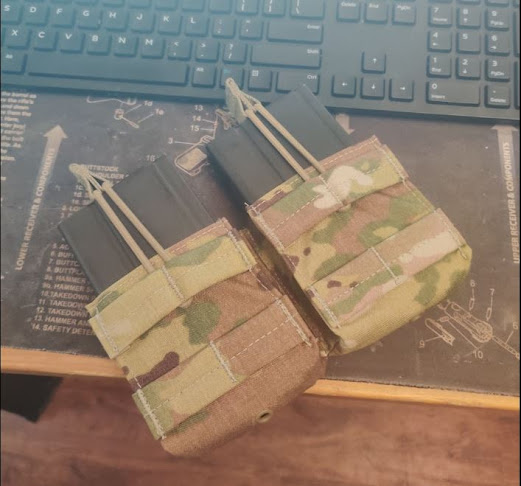 Condor mini-dual 20 round shingle style.  Was about $12 w/tax.  The other thing I found was a real plus too... 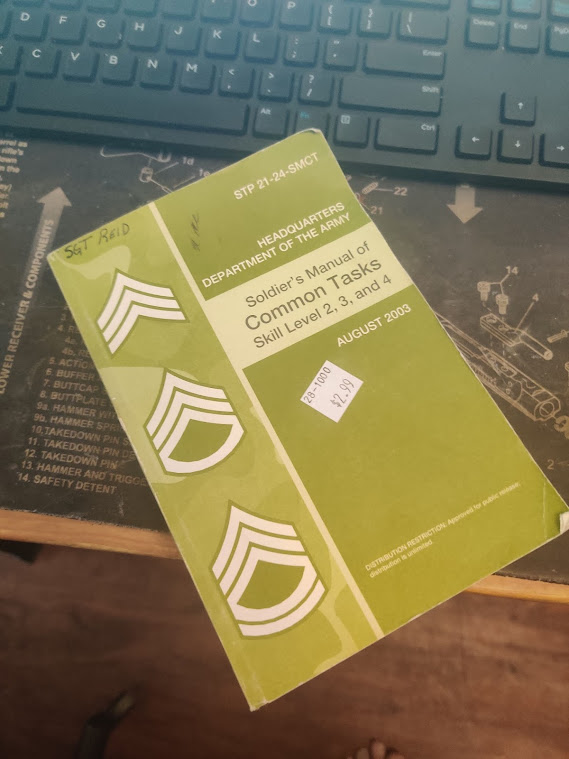 Common Tasks Manual for E-5 and up.
VERY Useful.
Like on the "must have" List.  Now the CTT manual or "Green Book" for E-1 to E-4 is also required reading.  That one covers literally the basics of United States soldiering.  The one -I- had 'back n the day' was at the time, freshly re-done and published.  This was the exact brick I toted around: 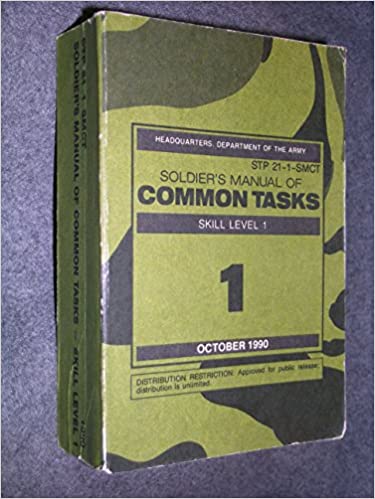 Woe betide the poor bastard who 'forgot' it. You were to have it on your body at all times.  A ziplock was mandatory to keep it from getting destroyed via water and shit.

It's size is designed to have you carry it in your cargo pocket of your BDUs.  Canteen in the left cargo, , Green Book in the right.  It has -ALL- the standard taskers in it that every soldier should know for Basic Training.  In the case of the one above, it had the M-60 as one of the taskers, whereas the newest version has the M-240 in it.
The new one looks like this: 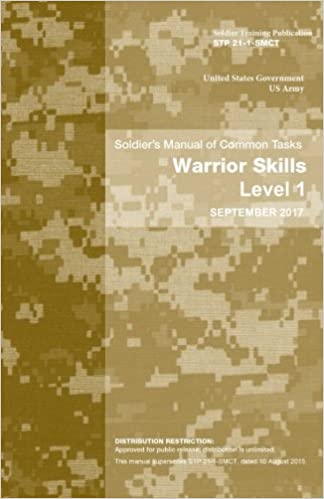 They can be (and I highly recommend) bought on Amazon here:
Soldier's Manual of Common Tasks Warrior Skills Level 1: https://amzn.to/3tTvjzh  LINK
Soldier's Manual of Common Tasks Warrior Skills Level 2,3,4: https://amzn.to/3aCKNA7 LINK
And yeah, I get a 'taste if you buy with my links'.  Which I can't argue with.  Last month, the link to the OC Grenade?  I made $80 in commissions on that... which is insane because I only get like a quarter +/- for each one y'all buy/bought.   #1, EM version, is dated 2017, and #2, the NCO one, is updated up to January of 2020.  They just updated it.  So I do highly recommend having them on hand.
Now, the particular copy is from August of 2003, but, with the exception of any Iraq-inspired changes, this one is relatively up to date.  I'll take it though as a used copy on the Zon is like $15 and up... for $3 bones, I can't argue with the price.  That and the NCO one, leastways according to a lot of the comparatives I've checked, as in what the differences are, the info in the old one is still valid enough for MY purposes.
So, other 'stuff'... the credit card got a workout today, the whole 'buy now/pay later' this is a plus as I found a new design for an ammo pouch I hadn't seen before... I mean I may have seen it, but don't remember maybe?  Either way, it was worth the $18.  A handy 12 Gauge Ammo pouch: 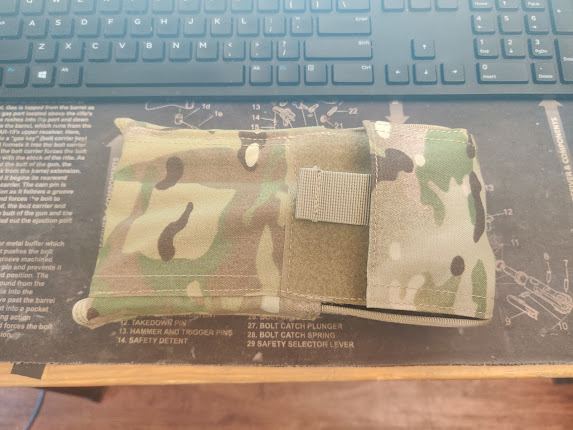 As you can see, about the length of an AR 30 round mag. 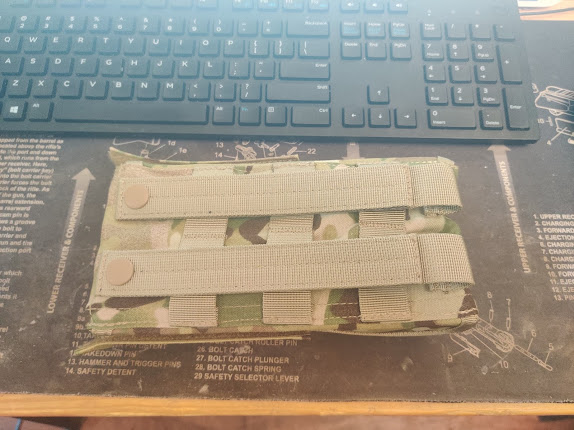 Two long molle bands, with plastic stiffeners in them, with plenty of cross-molle to 'weave' with in case you want to make sure it's not going  to go all floppy on you.  Weaving molle straps can be a bit of a pain in the ass, but my own personal trick is using a butter knife to assist.  So, anyways... to open it, pull the flap... 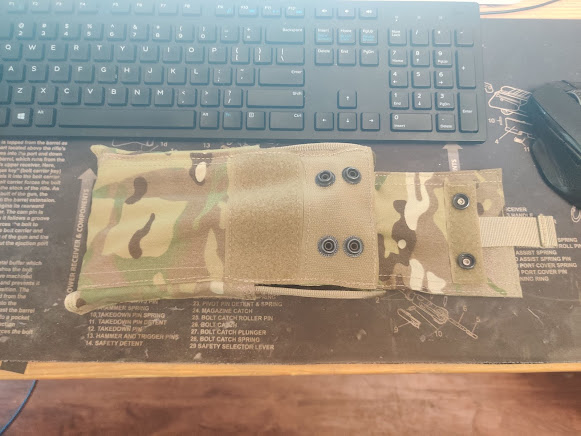 It's got a couple of stout snaps to assist in keeping it closed because then, once flap #1 is open, you grab the top of the pouch by the snaps, and pull down: 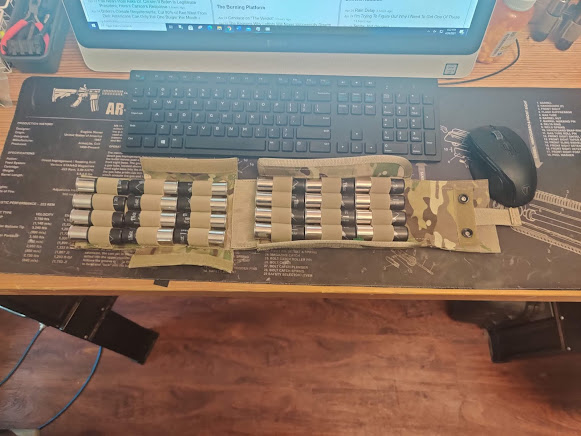 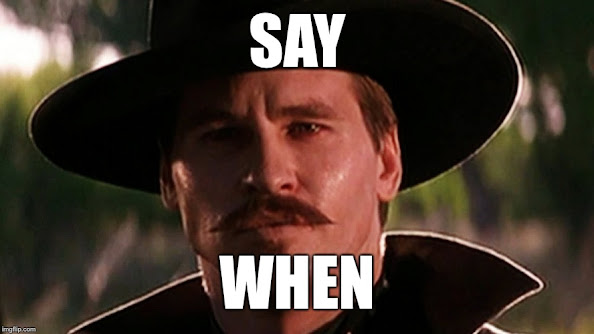 So, Off to bed
Hopefully to Sleep
More Later I Remain The Intrepid Reporter
Big Country 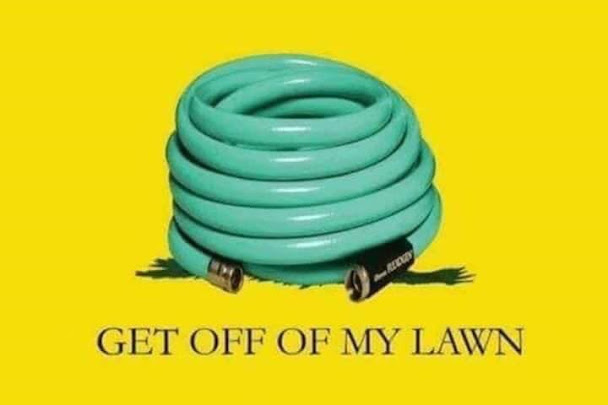 Posted by BigCountryExpat at 1:49 AM