Greetings Me Droogs N Droogettes!
Commenter Annie Oakley (great non-de-plume BTW) made mention of the fact that the vidya of Slo pretty much begets another question:  As in where the hell is everyone?  If Slo is an Artificial Deepfake Greenscreen, where or what happened to the real deal?
Honestly, I think he's dead.  Even the George Suckonacockulas interview, on re-watching a lot of it, I'm having serious doubts vis-a-vis continued inhabitation of the skin suit.  I'm believing that he vacated that motherfucker and went to -wherever- dirty kidsniffing soulless fucks go when the lease is up on the carcass, and you get called out of it.
Part of my rationale is Czar Vlad the First's commentary today, which mind you got zero play by any of the US based Ministry of Propaganda Enemedia.  To whit, via the Brits:
"Vladimir Putin wished Joe Biden 'good health' on Thursday after the U.S. president called him a 'killer' - a description seen as an insult by the Russians and has escalated tensions between the two countries.

The Russian president made the sinister quip in an interview on state TV. Western officials have accused Putin ordering the assassination attempt of his most vocal domestic critic, Aleksei Navalny, which Putin has denied.

Putin gave his own strong response to Biden's 'killer' accusation, saying that 'it takes one to know one.'" 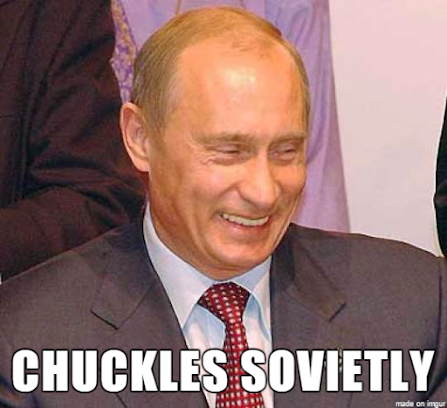 Now knowing that the Russians are excellent World Class Political Chess players, the whole "Good Health" thing tells me that Vlad knows something we don't know, and may be warning the Puppetmasters that he's holding Aces... and considering the inbred hicks and retards running our side of the pond?
I mean there ain't no way they can genuinely counter, (even though they'd try like hell) if Russian's Intel Kids release transcripts to the World phone messages or leaks of phone/email messages saying thzat Xiden was actually dead, and that they're keeping up a charade for their own self-serving empowerment/enrichment.
I mean even in this screen shot here: 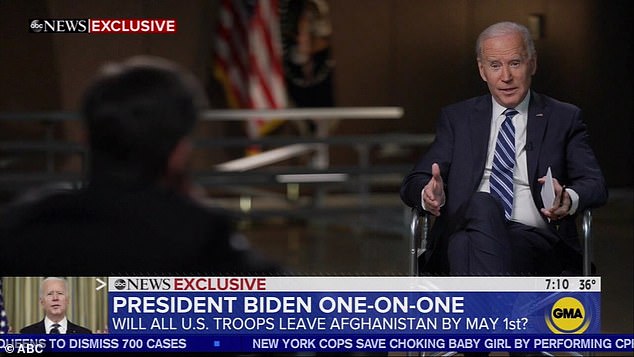 the definition of Biden, sitting alone, in the chair, the body language? Minimal.  The soft focus of the background?  FAR too blurry versus the distance/size of the objects compared to Xiden.  Him though, utterly crisp, clear and overly sharp IMO.  Lack of proper shadowing too... look at the palms of BOTH hands... the left hand, there's a shadow on the leg, indicating the light is coming from slightly above, and the left, and yet the palm has like no decent shadow, where in fact it should... same goes on the other hand holding the pad of paper..., the pad is not projecting a shadow on his hand... the shadowing is off... it's also just the whole thing...
I suffered through 15 minutes of it before my gullet refused to watch any more.  It's was a knob-job... right horribilus.
So, I think the morons at State, the crusty Fulda-Fucktards, and the rest of the "RussiaRussiaRussia" crowd though they'd fire a round across the bow.  Now instead, they got pretty much ALL of Russia totally and irretrievably pissed off.
And if Slo is taking Ye Olde Dirte Nappage?  Well, it's on the Deepstate fuckers to offer a legit "proof of life"... which means if'n yer Grandpaw in a nursing home somewhere resembles old Slo, I'd keep an eye on him, as they'll be looking quick for a decent stand in.
Makes me want to take the red banana 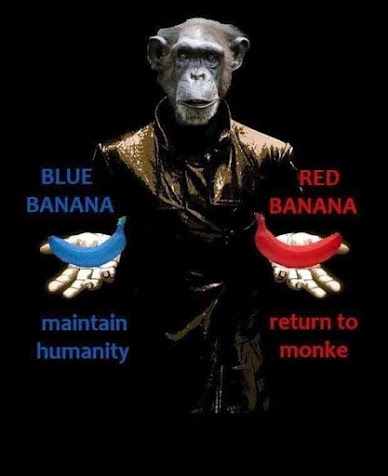 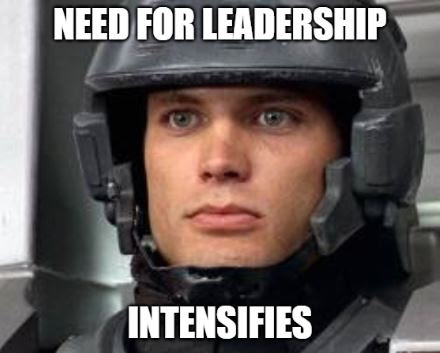 Posted by BigCountryExpat at 11:24 AM