Greetings Me Droogs N Droogettes!
They really seem to thirst for death.
No, not the repungnicunts.  The entirity of the left.  Dumbshitocraps and allllll of their anti-military leaning "Elites" who are nothing in the 'real world'.  I swear to God, they're intentionally trying to start a civil war.  It's the -only- conclusion I can draw at this point.
Much has been said aboot the "Purge" of the DotMil and the "60 Day Stand-down" and what it entails.  Part and parcel of it is a purge of 'white supremacy symbolism'.  This means any and all 'symbols' deemed inappropriate by the mob... which means pretty much anything cool and fun.
A BIG thing they are saying that needs to go are 'Punisher' skull patches and tats. 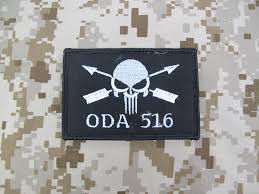 The problem is that the Special Forces started using it in following a long tradition that dates back to VietNam.  The patch above for you civvies, the ODA stands for Operational Detachment A, #516, which means it's a SF "A-Team" which are the badasses... not the cheesy 80's show.  The tradition stems from early SF, as in MACV-SOG or Military Advisory Group, Vietnam, Special Operations Group 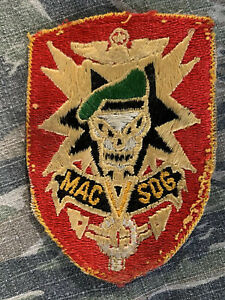 Lots of history and Honor in this tradition.
Can't have that now can we?  Bunch of dour, box-wine swilling, Unmarried Feminazi bitches who long for 50 Shades of Gray but are embittered because life either handed them a face that looks like it caught fire, and Daddy beat it out with a hatchet, or a body that in it's best shape, was considered "round."  Hence the increase in shrillness, gross piercings, blue/green hair, and 'problem glasses' as Spawn calls them.  The near-continual harangue on our Warrior class is primarily motivated out of spite, jealousy and above all longing.  They wish that a hulking SF-Alpha Stereotype who gives them the tingles and splooshes would come in and sweep them off their feet...
Hate to tell ya, never happening... they'd blow out their spines tryna lift yer fat blue-haired Latte Swilling asses.  So, like all leftist assholes, that which they cannot have, they must destroy.
Word is that guys who got unit tats with those logos or likeness or any logo that the Left and the new Nogger-of-the-Army Llyod Austin has determined to be raaaaay-cist has to be removed, or face being thrown out of the Army.  One guy I know, retired SF CSM emailed me and said the 'rumbling in the ranks' is getting to be ugly.  Guys who've served a bunch of tours (and are still 'operating') who got unit tats with those now-offensive symbols are being told "get rid of them or get oot."
This from an over-promoted Social Justice "Warrior" General Affirmative Action Austin-the-Asshole.
In fact, that works... G4tA...
Looking over his what I consider his less-than stellar career, I'm wondering if he's a plant.  I mean I -know- he's dumb as a fucking stump.  I know from personal experience he's a shitbird commander.  When he took over 18th ABN Corps and took over MNC-I in Iraq, shit went sideways because of his lunatic rules.  PT Belts, in a combat zone?  Asshole even talked about setting up Arms Rooms on certain bases to rack the weapons... in an active war zone.
Fucking military genius Aye?
He came back as Obama's Butt Boy to oversee "Operation New Dawn", know to the rest of us as "Operation Cut n'Run" or "Operation No Dice"
And we all know how that worked out Aye?
So yeah, congrats to these idiots.  You're managing to piss off the entirety of Special Operations personnel.  The most dangerous being the actual Special Forces theyselves.  Rangers and SEALs are badass as fuck, BUT... they ain't force multipliers
SFs actual job is to go into strange locations, find highly disgruntled locals and train them to fuck up 'loyalist' forces and break shit to make whomever they oppose hurt.  The SF kids in Nam taught the Montagnards, in Northern Iraq, the Kurds, in Affy, the Norther Alliance Affys... not sure which tribe but those guys LOVED the SF until Big Army showed up and of course, fucked everything up per usual.
And these are the guys they seemingly want to throw out of the Army?
I mean what. the. fuck?
Talk aboot a recipe for a Civil War.  Take the best trainers in the world of irregular militias and troops and shitcan them back to the streets of a highly divided and pissed off country?
Pure-Dee-Fuckin'-Genius there boyos.
Unless it's part of a bigger plan... but thats, even for me, a bit o'a reach.
"Never attribute to malice that which is adequately explained by stupidity." Hanlon's Razor
And considering just how fucking stupid our "Elites" are, I credit it to the usual politics of bumblefuckery, retardation, Dumb-Box-wine Aunts, and 'Nogs-are-gonna-nog' revenge against the cool kids
AGAIN.
More Later I Remain The Intrepid Reporter
Big Country 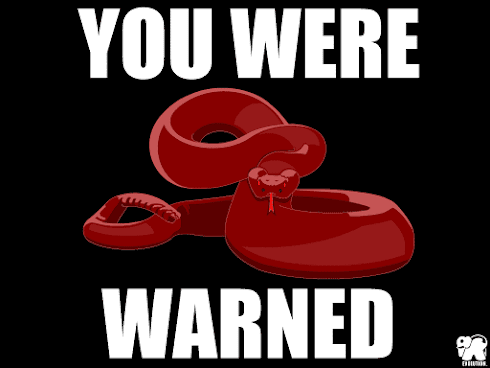 Posted by BigCountryExpat at 11:16 AM