So Much For Star Wars... AGAIN

Greetings Me Droogs N Droogettes!
Teh Wimmez.... Jeebus.
So much for "The Mandalorian"
Gina Carano of teh hottness just got the ax from Kathleen Kennedy's Star Wars spin off.  Apparently she went too far in her latest Twitter/Instawhore poastings and got whacked by the rabidly feminazi Kennedy and probably under intense pressure from the (((tribe))). 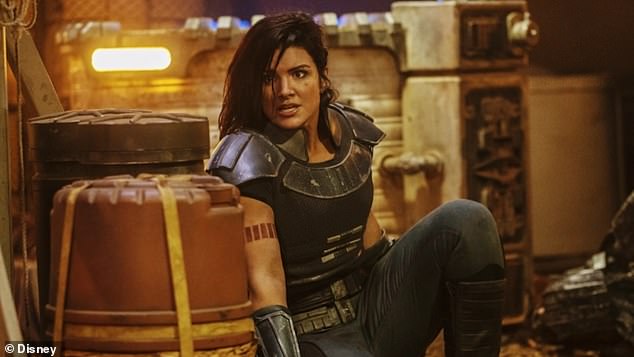 Apparently her awesomeness went 'a bridge too far' with her latest vis-a-vis her conservative tweeting and tweeking the noses of the leftist lunatics out there.  Of course the 'bridge too far' is doing something that upsets (((the masters))).
Her quote was about how things were getting out of control regarding the attacks on conservatives and conservative speech.  Ain't the first time she's done it either.  Which is awesome.  When the fucktards and loons out there stared adding their pronouns to their profiles "They/Them/Their" she put hers to "Beep/Bop/Boop" or some such droid-like noises.  Which utterly infuriated the crazies, as mockery is the best way to really get under their skin.
What did her in was saying that "Jews were beaten in the streets, not by Nazi soldiers but by their neighbors.... even by children. Because history is edited, most people today don´t realize that to get to the point where Nazi soldiers could easily round up thousands of Jews, the government first made their own neighbors hate them simply for being Jews. How is that any different from hating someone for their political views?"
Yep.  All she did was compare Conservatives to (((Jews)))
Can't have that now can we?
Seeings that it, for the most part it IS the (((tribe))) being the most shrill at calling for a (ironically) pogrom of Trumpists and Trumpism.  Nevermind that the one single greatest ally those (((Yomkipper-eating Mahtzosmelling Leftist Fucktards))) had was Donald the T.
So, despite being completely historically accurate,  she's done.
Adios Cara Dune.
Too bad.  It -was- nominally a good show.  Fuck Disney.  They can suck my balls.
Otherwise, I'm in pain.  Been in pain actually.  For about a two week gradually-building pain sort of thing.  Think I figured it out too.  Might be a kidney stone.  Which if it is, it's going to suck.  More as I can't afford to take a day off to go to the ER yet as I already lost two unexpected days for the grillwork...  And go figure, I have 5 cubic yards of topsoil that needs to be spread.  <Le Sigh>  Never a break 'round here.  Only plus is that because of so much nerve damage, the pain is somewhat muted.  Instead of a bullet wound/knife feeling, it's sort of a 'really really bad hit baseball bat-to-the-kidneys' feeling.  Harsh throb every time I breathe.  I'ma tryna make it til Friday Night or Saturday morning to go to the VA.
Lets see now.  Other stuff.
Found out due to the Beijing Boogers, my home value has rokkit'd thru the roof, leastways according to all the websites I've been checking.  Whoo-wee... it's enough to debate relocating.  To where though is the question?  Problem is I'm anchored here until Wifey's folks kick as well as MomUnit.  That, at it's current rate is gonna be quite a spell.  Longevity seems to run in both fams, leastways with those particular genetics.  Until they cash, we gotta stick around.  That makes me a bit nervous because of the longevity thing.  If shit kicks, I'd rather be in the middle of nowhere, but hey, that ain't happening.
Realistically, no matter what the fantasy of shit going sideways is, I'ma staying put.  Even if the sweet meteor o'death hit -somewhere- (please let it be D.C. or San Fran... pleasepleaseplease) leaving your house is flat out dumb.  Unless the house yer in in terminally compromised, meaning on fire or bombed out, you -need- to stay put.  Because without a pre-existing fallback point, you become a refugee.
Refugees are victims waiting to happen.  Fuck all that noise of "Well I got mad skillz and DotMil knowledge!  I wuz a Force Recon SEAL!"  Really?  Glad to hear it.  On your own you -might- be fine, but your going to have to become a predator, preying on weaker folks to stay resupplied.  You're going to be hunted for shit like that.  The "Mad Max Lone Wolf" fantasy is just that.  Fantasy.
Talk to the Serbs on how that whole thing worked out.  Most, if not all of them, given the choice of 'should I stay or should I go?' pick "STAY" in huuuge 72 point boldface font.
Other things:  HIGHLY pissed off that one of the last parts I got for this build on the AR-10 doesn't fucking fit.  Motherfucking piss me off.  $190 front handguard that I was told, multiple times that it -fit- the AR-10 DPMS build by both the description AND a company rep, because the description was that id did, but the pictures were, shall we say a bit ambiguous?  Si I did a 'chat' with an idiot (prolly an AI) and THEN I called because I didn't think the AI was worth a shit.  Was assured it DID fit. Ordered it a ways back, (mind you burning out the down payment) and when it showed?  Grrrrrr.... AR-15 sized.
And then, they want ME to pay for return shipping?????
Hell, guess Sapper has a new forend for his rifle
Way to go Optics Planet Fucktards.  Never shopping with them again.  Suck my hairy taint you scum.  I fucking purely -hate- companies like them and Cheaper Than Dirtbags.  ANOTHER soulless entity that has ALL the parts, and then BOHICA's ya in the ass.  I usually go to other areas to get what I need parts wise, but the paucity of the current cray-cray in both parts and anythi ng remotely orient in the firearms industry is insane. SO only the giant warehouses seem to have parts available, unless its the smaller 'custom' houses that do cottage size manufacturing.  Phil needs to lern't to start milling some of those much needed pieces-parts with that new mill he's been playing with.
Jes' Sayin'
He'd make a fucking fortune.
"Bustedknuckles Parts For Your Piece"
So, yeah... More Later I Remain The Intrepid Reporter
Big Country 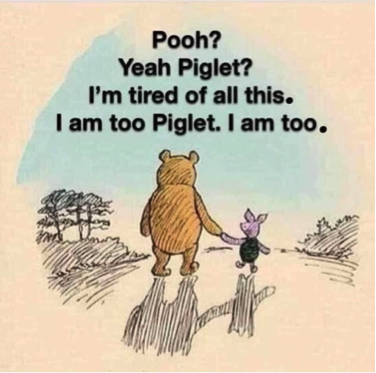 Posted by BigCountryExpat at 11:17 AM