Greetings Me Droogs N Droogettes!
Bill Quick over at the Daily Pundit has it here  Apparently Ron DeSantis of Florida Governatorship, essentially tolds Slo Joe and the Ho to "Get fucked, full stop, end of message."  Apparently Slo has been nitnodding and picking and choosing who the 'winners' are going to be in the Great COVID Reset.  Apparently, DeSantis, a really strong Trump Supporter was told to 'play ball' with the DotFedGov, to which he succinctly told them he'd take the bat, and stick it up their own asses. 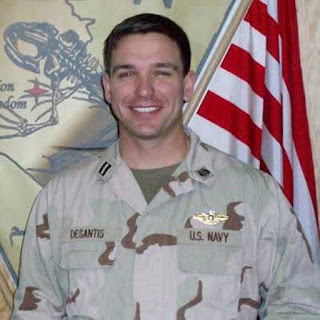 Apparently, the exchange went downhill with at one point at the end of the call, DeSantis referred to Slo as "Joe", to which the following was purportedly said:
“Address me as Mr. President or President Biden,” Biden said.
“I will not, and you can go fuck yourself,” DeSantis said before hanging up.
Now, LOTS of people have come out and said "Nuh Uh!!! Never Happened!"  However, according to the site RealRawNews HERE has stated the following:
"We are aware that various so-called fact checking agencies are disputing our account of the telephone call, claiming that the governor’s office has denied the event happened. These so-called fact checking parties are run by the Democratic Deep State. Real Raw News stands by our story and its source, and we would love to see DeSantis comment on it personally."
Judging on just -how insane- DeSantis makes the DemoncRats here in Florida, I can well believe he told the Pedophile In Seat Slo to slowly get fucked sideways.  DeSantis ain't one to back down from a fight.  He's hardcore across the board, and unlike Buttplug The Bathhouse Boy-Toy, now Secretary of Anal-Transportation and Lube, DeSantis got the T-Shirt in Fallujah being the SEALs JAG lawyer to keep shit nice n'above board, while still letting do their jobs, namely stacking bodies and tearing the Haj a new asshole.
What I did not know was he was at Gitmo the same time as me.  To be honest, I probably met him.  Problem is I met a LOT of motherfuckers doing the do on the Isla de Detenidos.  I met like all the lawyers, and out of all of them, the only one who stands out oh so many years later was the chick with great funbags.
Go figure.
So, yeah, The lines are being drawn, and thank God it would appear I'm on the right side of the upcoming shitfestivus.  They've got it 'in' for DeSantis, and I for one will assist in any way shape or form, be it Combat and/or Training others for various dirty deeds, done at retail, or leastways in wholesale lots.  The stacked higher, the better.  To be honest, they're still pissed that their Easy-to-Blackmail Crackhead Homo Gillium got beaten like the low-rent down-low nigger he is.  DeSantis THANK GOD beat the black off that motherfucker, and kept Florida from going "Full Retard."
James Woods summed it up nicely: 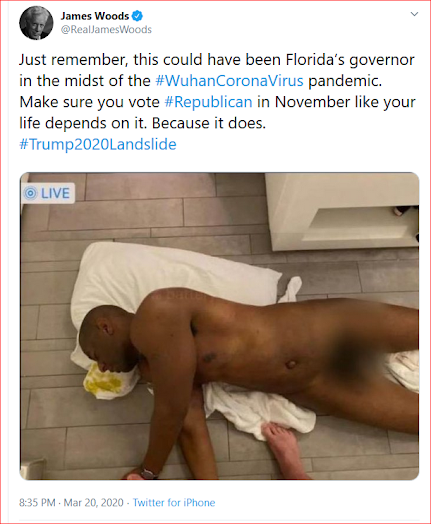 Which also brings up yet again the whole "what the fuck is it going to take to overthrow the current crop of communist Infil-traitors Big Country?"
Good Question, and right now, I'd say we're well into the 'wait for it... wait for it... waaaaaait fooor iiiit...' because they keep stomping on their collective cranks while wearing golf shoes.  They're -so fucking stupid- that when a part-time political junkie like ME can see the level of corruption and thinks "Geez, just how stupid are they, and just how stupid do they think we genuinely are?"
That's the point
They have nothing but contempt for us
Our "Betters"
Who, when we decide to throw the light switch from "Be Cool" to "Annihilate" there's not going to be any half-steppin'.  Best not in my fucking squad, let me tell you folks.  In fact, I have a new toy Wifey got me and surprised me with that the new poast will be tomorrow if I can swing it during the day.  She really shocked the fuck out of me, and it came from left field, with the assist from Spawn in helping her get it.
Needless to say, it's waaay cooler than anything I expected.
So, yeah, More Later, as I'm still pretty wiped out from the Hospital Shytte
I Remain The Intrepid Reporter
Big Country 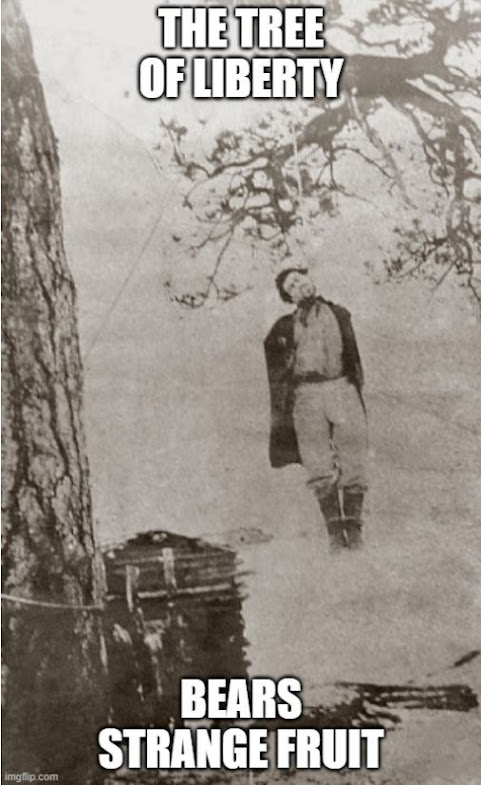 Posted by BigCountryExpat at 9:02 PM