Greetings Me Droogs N Droogettes!
Not going to go in depth on the pile of shit that H.R. 127 is, per se.
What I will say is I got me a hunch it's going to pass.
One Black Flag/Swan or combo thereof away from bi-partisan installation
OR Executive Dictation.
Don't matter.  Won't work the intended way.  Mainly because it's actual intent is to create a set of circumstances that essentially criminalizes 80% of the entire country.  THIS is what they're going to use as a 'control'.  Meaning that by making it literally and physically impossible to conform to the 'new laws' that they fully expect non-compliance, but will use it as a form of blackmail and intimidation.  Own a piece and fail to follow "Da Rules"? 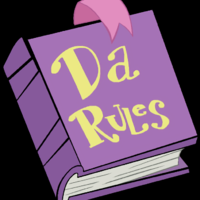 I mean it'll usher in a whole new level of civil disobedience, but as stated so frequently by sooooo many of the Gadsden Flag crowd, only 3% actively participated in standing up to the Crown back in the day.  And sadly, that was 'a Time of Wooden Ships and Iron Men', when just being alive and staying alive was really really hard.
Between Indians, Animals, Disease, real diseases... shit that'll kill you dead overnight for real shit... yellow/scarlet fever... NOT this Bogus Beijing Booger Bug.  I mean yeah, it's real but 98% survivable rate, it ain't shit on Cholera.  Those were men back then.
Not our current crop of ponytailed tat-sleeved soy-sipping pronoun ponces of pulchritude.
Our current crop of wannabe-narcs is practically salivating at the thought of going after those mean old racist Trumpists and their midwestern Klan bitter bible-and-gun clingers.  See for a case-in-fact of Virginia Heffernan.  She's the anti-Trump psychopath (are there any other types?) who practically melted down (sorry, bad pun) about her neighbor, an eeeeeee-vil Trumpist who kindly plowed her driveway.
Now considering just -how big- this story is, I'm amazed that no one, even in the AltMedia has gone out to find out what the guy who did the actual plowing thought of his obviously deranged and more-than-likely dangerous neighbor?  Or more importantly if it even happened.  Seeings the amount of fantasist-"journalism" out there, the bitch prolly made up the whole story.
If it were me?  I'd throw a molotov through the front window of said-house.
Burn 'em out.  It's the only way to be sure
Because people like her and hers are genuinely dangerous
Even MOR dangerous to theyselves, as they really have -never- paid for any of their shenanigans in the past.  Doxxing and getting someone fired or shat on by the system!  "What great fun!" Mary Do-Gooder thinks... without realizing that the guy, who she and her soy-Hubby just got fired, who's marriage was already in trouble, and finances are fucked because of the Koof, decides to go get his footlocker in the garage.  You know... the one from his 4 tours in Iraq?  He's got nothing to lose now... why not have a few more escorts in the afterlife Aye?
So, he takes out his armor, and lo and behold!  Seems he 'forgot' to turn in a Willy Pete marker grenade that's still in the pouch.  Willy Pete... White Phosphorus... ostensibly for making smoke -anywhere- but also a really really really vicious Anti-Personnel weapon.
Later that evening, said-psycho anti-Trumpist Do-Gooder and soy-Hubby are startled as the front dining room window shatters as they are eating.  They get a glimpse of a pale white almost egg-shaped object landing right in the mashed soy-substitute 'potatoes'  A bright flash....
And it's all over but the screaming.
Lots and lots and LOTS of screaming.
These morons writing these articles don't understand.  It's not 'machoman fantasies' of 'reclaiming our manhood'.  This's fucking a war they declared.  Not us.  THEM 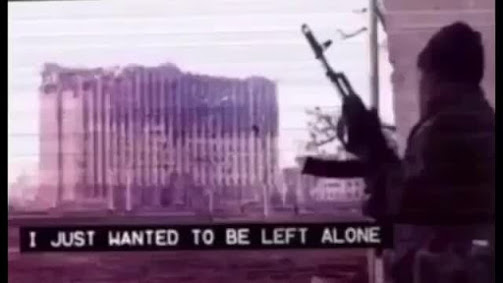 And because they've never been in a war, or seen a war, smelled the gunsmoke nor the blood, they think it only happens to other people "over there" .
Hate to tell ya.
The Beast is Hungry
And it. will. be. FED.
More Later I Remain The Intrepid Reporter
Big Country 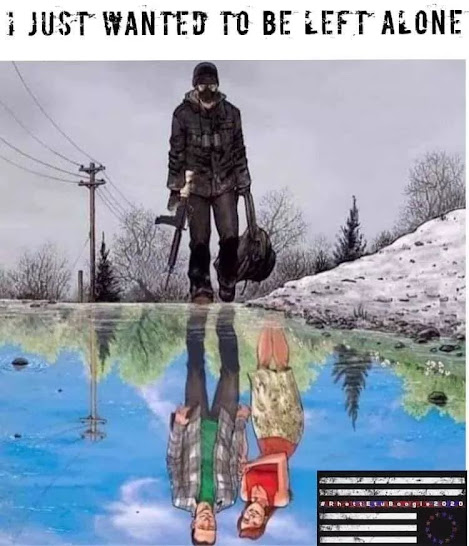 Posted by BigCountryExpat at 10:49 AM