Greetings Me Droogs n Droogettes!
Took yesterday off... I was spent by the end of the day. Spawn#1 came by to help out his old man (damn am I ever!) with Yardwork.  Specifically dealing with the front yard needing a half-a-ton of topsoil and seed.  Normally under 'regular times' I'd lay sod like everyone else in Florida.  I don't have that sort of $$$ floating around (despite the AWESOMENESS of you guys who've donated... more on that in a Minute.)  mostly because currently, the sod biddness is booming for whatever reason.  Pre-Spring I guess... a pallet of that shit (which in general LOOKS like shit) is really really expensive, and the delivery usually costs as much as the material.  SO
Had Spawn come over and we did the 40 pound bags of topsoil from Home Creepshow.  $1.50 a bag.  All 30 of them.  Multiple trips in the Putt-Putt.  Cut 'em, Laid 'em, Spread 'em and seeded 'em with contractor seed.  Crap I know but grows quick and lush, then dies.  As long as the soil stays though, I'll reseed later in two more months.   The bags were cheap on Bezos-zon.  My issue is the damned trees in the front, oak? I think, the leaves are acidic as they break down, killing the grass, and then the rains wash the topsoil away, leaving just the sand.
I've debated on Bermuda, but not sure?  Anything that'll grown in sand, 'cos thats the underlaying layer that y'all know about, I'd greatly appreciate any intel you can pass on.  Now, a bit of admin bidness before the E.O. bullshit.  If you've had any problems or are getting prompted for a donation on the new page, let me know.   Honestly, I dunno whats going on.  Cowboy said it was asking for $$$ to see my shit, which it ain't supposed to do.  Damned Patreon is acting up, and I'm thinking about either removing or deactivating, as that ain't what it's supposed to be doing.  I'm pissed if y'all are getting pinged, as any donations I want to be purely voluntary.  I ain't a grifter and it pisses me off.  Iff it IS the case, I'll refund the Patreon stuff.  Also if you DID do a patreon of $5, email me so's I can get the copy of Charlie Mike Comix out to you at rakkasan101st@protonmail.  Also, I owe one of y'all a copy.  Please let me know your addy in the email, and I'll cross-reference the Patreons so's no cheating you guys! 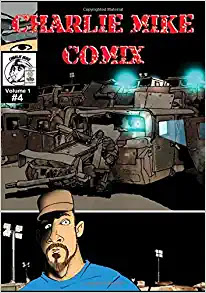 For those of you who don't know, Charlie Mike Comix is an effort by Mark Baker, of "Pvt Murphy Comics" fame from Stars n Stripes.  Mark did the Murphy comics for years until he retired from the DotMil, and now he's been doing 'IRL' stories from Iraq.  I write for him stories from my experiences as a contractor, which are funny but true contrasts from teh Soldier Stories therein.  The copy with my mug on it was the October edition for Halloween, and has a true honest to God this happened to me (minus the monster, which Mark did in homage to the Heavy Metal movie) in Kuwait.
Unfortunately, it's been a minute as Mark has other projects since the last Charlie Mike (which stands for Continue Mission) and he's buried in work.  Hopefully we'll get another one soon.
So, back to: 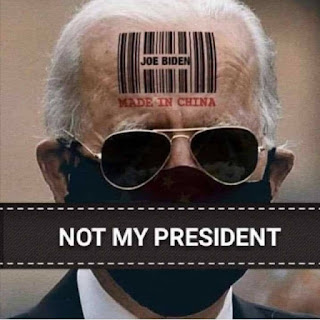 Apparently, it's so bad with Slo and the issuance of Executive Orders that even the Aussies on Sky News have been questioning the dictatorial bent of Slo and of course, Ho.  Everyone wants to know why, despite the literal ownership of House, Senate and everyone, why is he doing the EO thing so hard, besides the obvious need to rush shit that don't pass the smell test?
Methinks it's because he's not going to make it past the end of May.
And any attempt to overturn any and all EO's will be met with "But it's what Joe wanted!  How can you break his legacy you monsters!!!"  Main 'cos he'll be dead as a doornail, and "It's what Joe wanted!"  will become an ex-parte excuse to ram odious and patently illegal bullshit down our throats.
They'll do shit like trotting "Doctor" Biden-the-Widow out to do sobbing kind of theater to get shit done if there's any pushback (there won't be) and eventually, they'll do something WAY out of line, and then it's over.  I mean it's already over but there'll be something that happens that can't be spun, and someone, somewhere, mebbe me and Sapper'll get killed by a bunch of goon-squaddies, but whoever it is, decides that they're taking a metric fuckton of the goon-squad as 'escorts to Vahalla' with them, and even the media won't be able to cover it up.
Worse case scenario is that it'll be a small-time Gun dealer, working out of his house, who's facing absolute economic ruin and the goon-squad comes to take away his lifes work, and he decides to "take a stand" and his wife and kids get 'Waco'd' live on TV, while the news spin them all as "deserving pro-Trump white-supremacists and insurrectionists", when in reality, none of it will be true, the neighbors and remaining family counter it, and well?
Me?  Thats my personal "Go Time" Alert. 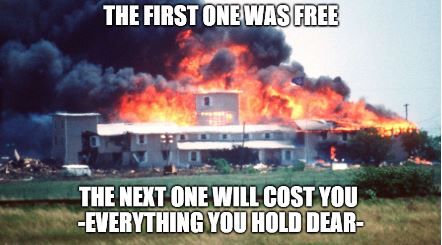 See "Dear Mister Security Agent" by Matt Bracken.
Also, reference Aleksandr Isayevich Solzhenitsyn, a man who truly experienced the boot on the neck who wrote the now famous "And how we burned in the camps..."
Problem is, these asshole either don't read or can't
I blame the education system.
In fact, it's the current root cause of ALL these issues.
Too many scumbags and commies running around, empty-headed platituted and self-indulgent egotistical bullshit slingers who have -never- lived in the 'real world'... and no, I don't consider 'work study' while getting your PhD in Black Studies or Anti-Eurocentric Philosophy to be any sort of real life.

The people in Academia these days are so terrified, so pants-shittingly scared of having to get a real job that expects results as opposed to writing "peer reviewed papers" which 's nothing more than a self-flagellating circle jerk based more on the office politics than of true study and academic study.  It's been proven IRL by a couple of people who published some complete gobbledygook of 'academic word salad' that literally made no sense in any way, shape or form.
They were applauded and given highest honors and accolades from some of the 'best' schools and academic societies.
Until they then published the real paper as to the study of horseshit and bullshit, and the various flavors of it in modern academia.
They really hate talking aboot that sort of thing Aye?
So, yeah, it's going to be a hell of a ride.  I don't expect anything until after Slo kicks off.  They don't want to have him die too soon because it'd look really really bad.  And I don't think they'll do a "Harding", as in keep him either incommunicado as his wife runs the country.  In fact, dollars to donuts, she's a BIG part of the insider ring/cabal running this show.  She gets the fashion/fun accolades and horseshit of being "First Ho" and her kids stay out of prison, while still skimming that sweet, sweet filthy Chinese Cream.
So, More Later I Remain The Intrepid Reporter
Big Country 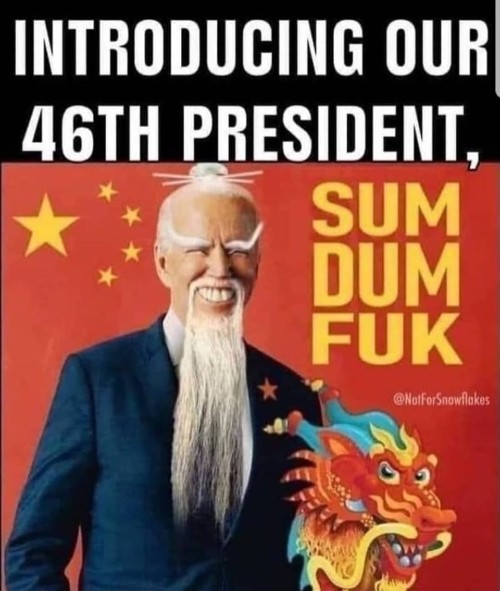 Posted by BigCountryExpat at 11:20 AM