Greetings Me Droogs n Droogettes!
NOT a big watcher of ye olde propaganda tube these days.  The only show that's a 'must see' is Jeopardy, now with fumblefuck Ken whatshisname... God Rest Ye Alex, we sorely miss you.  Reason Jeopardy is on almost religiously is that Wifey, Sapper and I all have a good time trying to outdo each other on the questions... sometimes it gets really fun when one of us pulls some completely random answer out of ye olde arse and amazes the others with the Trivial info in the thinkin' meat.   Good times.
That being said, we also have to deal with watching the commercials. 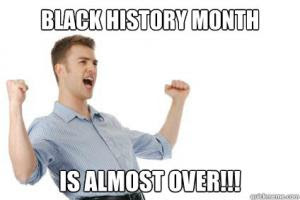 Thank. Fuckin'. God. for that Aye?
I mean damn.
Never in my entire life have I seen it that bad.
The absolute sucking up of the corporate world is astounding.
I mean Good Lord... I never imagined that so many black families lived in multi-million dollar houses and drove $60,000.00 cars, and gave them as gifts to their wives on the regular?  I mean color me astonished.  That and mixed race marriages?  Wow, stunningly beautiful blonde wimmens with good looking successful black male fathers, (with the obligatory 2-3 mixed race kids) in the scene?
You'd think that it's a put-on.
Well, it is.  And designed to 'uplift' supposedly.
Ok, I get it.  MASSIVE inferiority complex.  Low I.Q.s.  Crime stats that no matter how hard to try to blame on everyone and anyone else, you fail.  At every. single. thing. as a representative whole.  You were in Africa for generations and never invented the wheel.  Doesn't look good overall.
Jes' Sayin'.
Not that it matters to the Mass Media programmers.  It's not designed to uplift but to actively disparage, dispirit, and denigrate white, straight males.  In fact I spent one night counting the number of white males in -any- commercial that were not portrayed as some dumbass fucktard stereotype.
Not one ad.
Not. a. single. advert.
There was one white guy, out of an entire 30 minute Jeopardy segment, with 4 commercial breaks, one at the beginning, one after the first dozen questions, the break at the end of round one, the one at end of round two and final Jeopardy.  Out of 4 breaks, one white dude, and he was a stereotyped old man acting all dementia-patient like while looking for a parking spot or some such bullshit.
Hell, the Rolex commercial features a fucking average looking Black guy, wearing a $10,000.00 Submariner.  Ok... I'm Suuuuuuuuuuuure that demographic is going to buy a buttload of them....  might have been more realistic if it'd been a gold toofused rapper or some such shytte... even then, the watches that the black guys I knew in the DotMil and in my contracting days, the guys with the cash to blow usually preferred really large and gaudy timepieces...  the 'blingy-er' the better.  Breitlings being a favored 'flavor'. 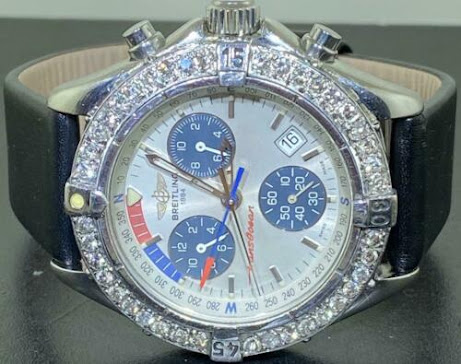 So anywhoooo.
Point is, the ads and the audience.
I got to thinking aboot it.
I've also realized something.
The jealousy factor.  I don't think these morons who think they're being all 'inclusive' and 'uplifting' and 'stunning' and 'brave' realize that the audience, for the most part are fucking poor.  Reality:  Blacks, per capita in this country earn, IF in a two-income stable home, average nationally $58,000 a year.  That's the average.  Whites supposedly earn $89,000 a year.  I'd love to know where they get these numbers... Me AND Wifey both bust our asses and we ain't nowhere in that range...  I call major bullshit.  That's the census bureau.  Wiki sez Whites make $70K and Blacks make $41K
Personally, Wifey and I, together maybe break $39.  That's if she has a good run, being a stylist and hair chicka for weddings this year, the 'Rona really cut into her biz.  Like all discretionary spending finito.
So, If -I'm- struggling at $39, then the average Black fam is prolly at $20 on a good year.  Generally, the blacks who make the most bank are almost exclusively employed by the DotGov, as the hiring preferences and quotas (none for Whitey, bad dog, no cookie for you!) and the near-inability to fire a DotGov worker, no matter how corrupt and incompetent they are, and the now-current atmosphere of even daring to call out this bullshit gets you fucked up.  Hell, the subsequent promotions due to that inability to shitcan them, and also lets face it, the blacks get hired, promoted, and given lavish packages that whypeepo can't even hope to have.
So, back to the Jealousy Factor.  One thing I know is the average shmo, when down n'out almost always looks to blame someone or something else for the issue.  Now in these commercials, the black fams are all portrayed as uber-wealthy and successful, top tier shit amiright?
How do you think that the poor whites in the trailers in North Carolina are feeling watching that?  For that matter, how does the poor single black mother in Detroit feels when she's got 5 womb-turds by 4 different babydaddies who're all noticeably absent?
Lots and lots and LOTS of pure-dee ANGER.
"Why do those people have X and I can't afford food for myself?"
"How did this happen?"
"Why me?"
"Those motherfuckers...."
It's priming a pump, that people haven't even cottoned onto yet.  The raging disparities, coupled with a completely out-of-touch group of folks are pushing for a Race-Based Civil War that's gonna being going hot-er sooner, rather than later.  And then it's gonna be "How did this happen?"  I'm thinking it's no grand conspiracy, just pure stupid, marinated in general fucktardedness, coupled with a disconnect from reality...
The Smug is so thick, you could cut it with a knife.
ZMan calls them 'The Cloud People"
I'm inclined to agree, to a point.
The issue is that when the Beast wakes up, and decides to go on a rampage, they ain't hiding.
It's also why I do not watch TV anymore if'n I can help it.
So, More Later I Remain The Intrepid Reporter
Big Country 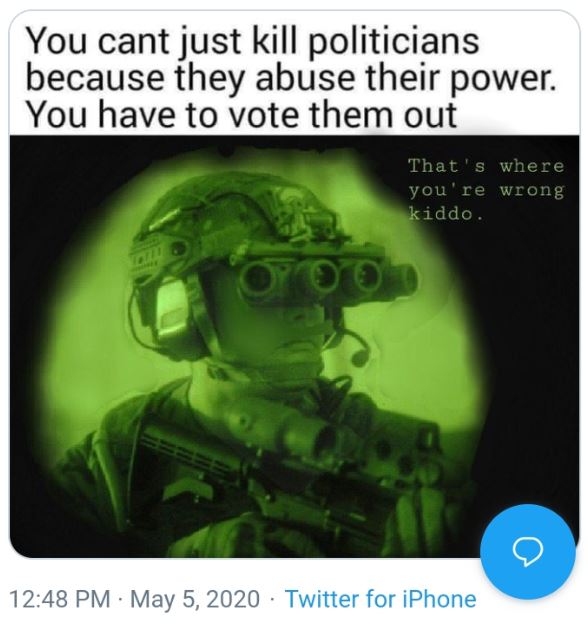 Posted by BigCountryExpat at 4:52 PM