Greetings Me Droogs n Droogettes!
"Tater Joe" ain't even been in the Orifice for a hour and Politico has already done a hit piece on the decline of The Kidsniffer.  Link HERE  The story was published actually BEFORE "Tater Joe" got sworn in.  Boiling down the article for TL;DR, they're calling out his blatantly obvious mental decline

The article was published at 01/19/2021 09:05 PM EST and updated at 01/20/2021 06:28 AM EST
Didn't take long to get the stage set for what, despite they call it is going to be another Coup, but by 'other means'.  The Tech Oligarchs wanted Kameltoe, so they're gonna get her
I don't know what the future holds
It's so obvious what they're doing, but the why of it all
Maybe it's because I've never 'thirsted' for power over others.  I can't even remotely relate to that sort of shit.  It's a headcase thing... I mean I'm not wrapped too tight to begin with, so maybe I'm missing something?
So now, the New Roolz
"Resistance" = Bad.  If you resist the current bullshit and the upcoming bullshit, first, they'll label you a 'Racist' when the Ho takes over from Slo.  It that doesn't work, they'll up the ante to 'Insurrectionist'.  And then, 'Seditionist' and 'Terrorist', along with ALL the unpleasantness, to include droning your house with a Hellfire.
Think it ain't possible? 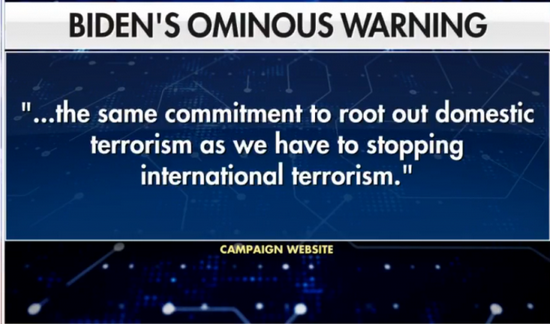 Guess again Cupcake
And let me tell ya, got me a hunch they'll have about as much restraint as Bath-house Barry did when he wasted out-of-hand those American Taliban... no, not the one that he hugged and kissed the ass of, the other ones who apparently called Obamanation nuked from orbit without trial...
To include the teenage son of one of 'em.
Can't have due-process when yer fightin terrorism donchaknow?
Now me, I unnastand a lot of the urges to be 'out-of-hand' and after all my experiences, there -should be- a trial, by the military, and IF found guilty, then whatever happens, happens.  However secret trials? Star chambers?
Fuck no
I gar-ron-damned-tee that's what's coming next
Because someone, somewhere is going to decide "Enough!" and then when it gets all 'retributiony' it's going to be "for the good of the loyal People serving and furthering the State's Glorious Way Forward to a New Brighter and Better Tomorrow, we have to keep the trials secret to avoid our Judges and Persecutors from being harmed by the revisionist and bourouis Counter-Revolutionaries."
Any bets?
So, Heads Down
Stay Down
Watch Your Six
More Later I Remain The Intrepid Reporter
Big Country 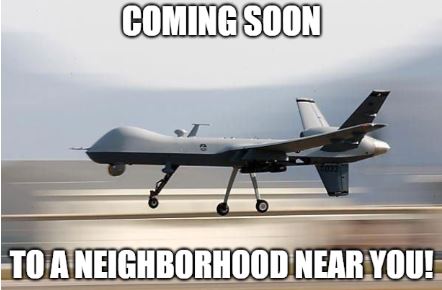 Posted by BigCountryExpat at 1:59 PM