We Are All Boers Now

Greetings Me Droogs N Droogettes!
So starts the purge
"May the Odds Forever Be In Your Favor"

Stalin would be proud. Hitler moreso… or at least the Chinese have to positively drooling at the premise. A disarmed, de-fanged Untied States Military? Their cup runneth the fuck over Aye? Next thing you know, when the Chinese pull some exceptionally shady shit, we’re gonna take it, in the keister for Easter as my old Platoon Sergeant would say ‘back in the day’… they ‘bought n paid for’ this DotGov

My thoughts on it are thusly. Back under Obama, he inherited a HIGHLY competent DotMil that’d been tear-assing around the planet, stomping and crushing Radical Islam like the roaches they are beneath a Mighty Boot. That wasn’t on the ‘menu’ though, as killing his fellow co-religionists was a “No-No” so he put a quick stop to that. That included a MASSIVE purge via investigations, bullshit, bullying and fraud, nevermind Rules Of Engagement that got troops killed at a high rate, which then led to the grand Exodus of the highly trained aforementioned LEADERS when morale crashed n burned. The -only- “leaders” left were fucktards like that Raposo Commie Scumbag who, AMAZINGLY got caught… not that it -mattered- per se… the lil fuck STILL graduated West Point AND got a commission… however, after enough shit the FINALLY shitcanned him for “conduct unbecoming”

What we ended up with was the same type of Leadershit that we had in Nam. Retired Colonel David Hackworth (RIP) was the one who coined the term “Perfumed Princes” back in the day… it described what’s also known as the “Fulda Fuckheads” who’s ‘grand battle plan’ revolved around throwing an endless supply of Cannon Fodder into the meatgrinder, and fuck how the sausage came out.

So, this’s the “Pre-Purge” stage which is being set much like Stalin did his. Personal Loyalty Oaths, with threats of losing ye olde retirement to the Political Party, as opposed to the Constitution. Promises to root out ‘white supremacy’ which is going to be dressed up as ANYTHING the current crop of misfits and retards decides to define it as. Didn’t give up your slot to PLDC for an under-qualified POC? That’s rayyyyycist and sheeeeit. Didn’t hold the door or wash the feet? Yep. You can bet if yer still in uniform, it’s going to get BAD.

My fear is they come after retirees like me
Of course it’d be SO liberating
Badthink is going to be the thought-crimes, and Da Roolz are going to be made up on the fly, if they haven’t already written them out. One wrong move, and no medical care, retirement, or anything else that THEY decide.

Too many years of a Spine Breaking Operational Tempo
Too much bad money after bad, see the F-35, the Billion Dollar Flying Toaster
Spending out of control

Because the assholes in charge, as soon as they retire, get ‘picked up’ by the Contractors
And let me tell ya… most of those guys? They might MEAN WELL but reality is they get ‘bought out’ just as fast as they can be. And ALL of them after they get bought, are ALL ABOUT lining ye olde pockets Aye?

So, what with getting rid of any ‘competent people’ also known as “anyone with a brain” in this day and age who can do “critical thinking” means we’re going to be seeing Sub-90 IQs in Leadershit Positions who value the Perks and Promotions over proper institution of oh… I dunno, common sense, decency and law?

And waiting in the wings are any and all enemies who’d LOVE to curb-stomp us for real and or imagined slights. I foresee not Venezuela… we got too many guns… What I do see is South Africa looming

We on the Right
We are all Boers now.
Get Used to it.
More Later I Remain The Intrepid Reporter
Big Country 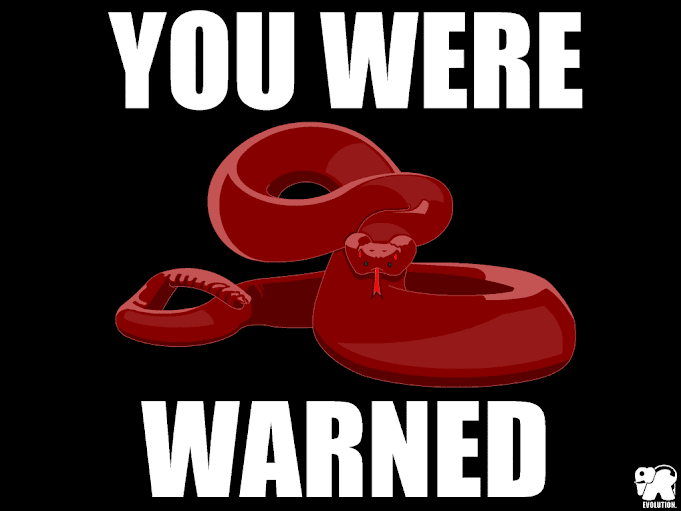 Posted by BigCountryExpat at 4:04 PM