Greetings Me Droogs N Droogettes
A Day Late and a Dollar Short... better than not showing up I suppose.
Multiple issues.
#1) GrandBebe #3 B-Day.  Holy shit I'm old
#2) Dead Demon-in-Law's Funeral.  Not my circus, not my monkeys, but Spawn #1 had a tough day
#3) Jaw issues.  I've had a major issue with the toofuses.  Not sure what but feels like I took a hit from Iron Mike back in his prime.  Big ole lump in the jaw where I don't have a toofus, nor is it an abscess.  It's like a zit that when I tried to futz with it earlier with my gear, I shot up the surrounding gum with lidocaine, and then tried to hit the 'zit' and man, there's -something- solid in there.. dunno if its a fragment or what... I had my wisdoms out in High School so I have an appointment, but damned if'n it don't hurt.
So, anyways... Onward.
Point of this:  Armor.
Big Bad Armor.
Which has, as part of it's defense system a fire extinguisher system.
Which is based on Halon
Halon and Air?  Not so good a mix.
Halon replaces Oxygen
As in, if the Halon System went off when we were on board, it was time to unass or suffocate.
That being said, there are 3 "quick pulls" to activate the Halon from the exterior of the tank

Picture shows the approximate locations
The Iraqis used these to great effect.
They'd send out kids to 'play in the street'
Kid will be kids...
Then, as the Red Pull Levers are halfway down the side on each side of the Tank, they'd pull the lever
Big RED fucker... cain't miss it...
Jes' Sayin'....
Causing the Halon System to be activated
Which flooded the tank with Halon
And the crew hadda bail or suffocate.
At which point, they'd get gunned the fuck down
Because an M1A whatever only has One M4 carbine on board.
Then they'd burn the tank.
Things -might- have changed, but 'offishul policy' was 3 9mm M-9's, and one M4 and 2 mags
Hell, when I was in Tanks (long story for later) I got in trouble for trying to order a buttstock, bipod and front grip for ONE of the M240s  on the tank.  We had two.  One loader, one COAX.  And enough 7.62 combat load to kill the entire Mex-Hee-Can Arrrr-mee at the Alamo 20 times over.
Go figure who got fried, flambéed and told to fuck off?
And now?  I hear it's S.O.P. to have a 'dismount kit' for a 240 on board
Fuckers.
So yeah, important notes... Kids get away with the damnedest things
And we should learn from that
The other lesson, when the Iraqis stared pulling the Halon Levers, the mechanics started deactivating them so they couldn't 'smoke' the crew out.
Which made them even MOR vulnerable to Molotov's.
Lesson Learned,  Soon to be Earned
The hard way
More Later I Remain The Intrepid Reporter
Big Country 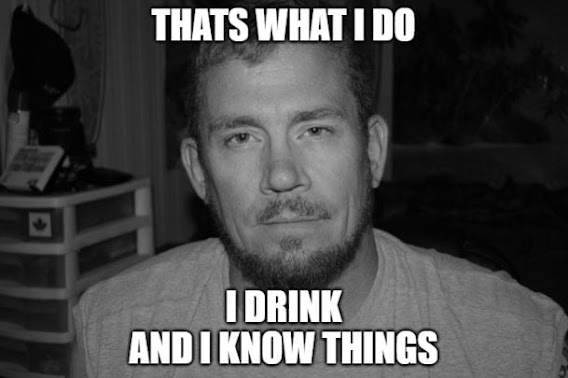