Greetings Me Droogs n Droogettes!
No question that they say a cop died from 'head injuries' supposedly incurred during the "Insurrection" at the capitol.  Now, to be fair, dude probably did die from head injuries... issue I have with it is the still photos that have been poasted on the Daily Fail HERE as well as the scrum that was going on which they have embedded.
Photo one shows the 'perp' with said fire extinguisher in hand (helpfully circled.)
Notice anything about the cops? 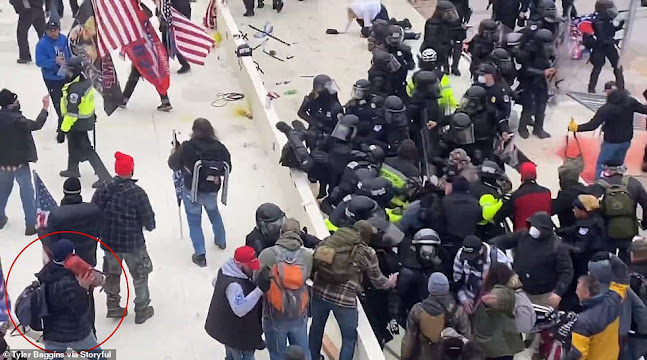 All "Riot Geared"
Helmets in particular
So, onward to #2 showing the extinguisher-in-question mid-flight 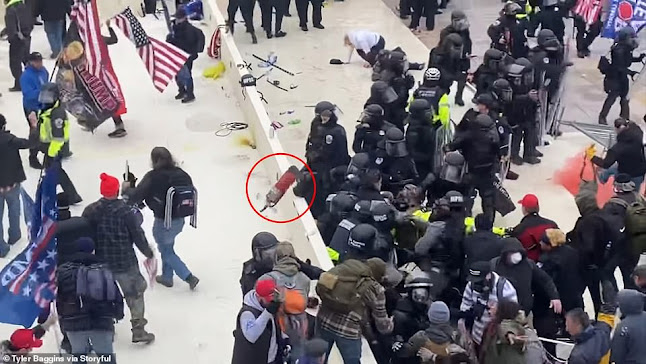 Now, looking at that, and making a judgement call from THIS: 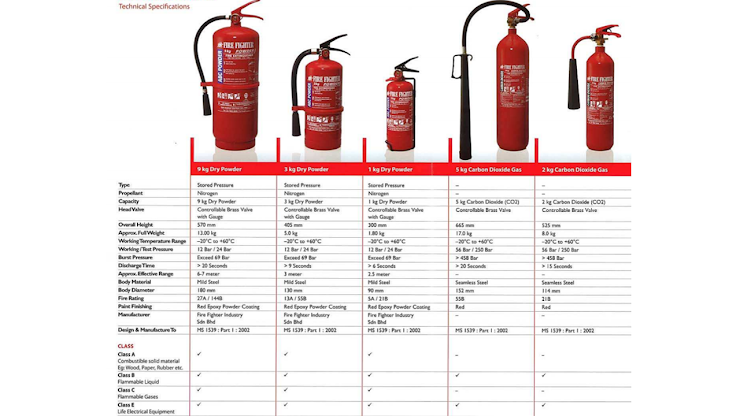 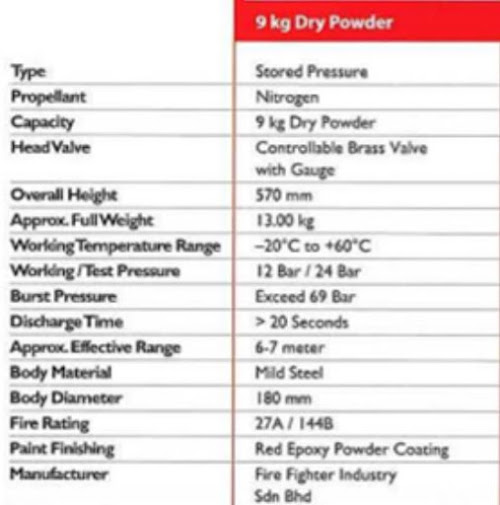 9 kilos of power out of a 13 kilo tank... 7 kilos = 15,4 pounds.
Mind you NOT coming down with any added force.
The way they made it sound, it sounded like someone battered the cop over the head with it
Repeatedly.
Go figure... So IRL:
Now, according to any and all sources, the fire extinguishers were used first as a stand-off 'weapon' so to speak, and judging how old boy hoogachucks it with no issue, I'd say it was empty. 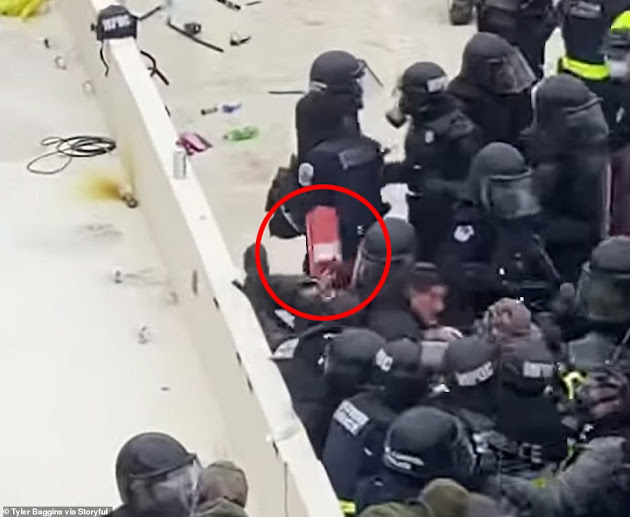 Where it then lands on aforementioned Cop
Who was wearing a Kevlar Helmet.
And he doesn't fall down.
Watch the whole thing
This reeks of shit
OK
15 pounds is a lot
When swung with force
But being dropped at far-less-than terminal velocity?
I had Drill Instructors hit me over the head with rifle buttstocks and Pugil Sticks harder and that left me with my ears ringing, granted, but is sure as fuck wasn't a life-ending episode.  In fact, our helmets back then had the same World War Two netting that Granpappy had... none of the high speed fighter-pilot gels they have (and I have in my shit) nowadays.  Specifically shock absorbing gel to prevent Traumatic Brain Injuries.
I smell another fat fucking rat.
See?
Watch the vidya.
LINK HERE
Dunno how long they'll let that stay up
The vidya is comical actually... the extinguisher goes up, and comes down with a <BONK>
add Batman 1960's sound effects and Yakkity Sax and it'd be a riot, figuratively and literally
Not nearly enough force to kill someone.
If anything, methinks dude might have had a 'ouchie' moment and went to get checked... a quick needle by a crooked Cabal Doc and viola, instant martyr.
I mean don't discount anything these people are capable of.
This's real time experience I'm talking about.
I once had 'issue' with an Iraqi Police Thief at a checkpoint.  Fucker wanted my Rolex.
Long of the short, he didn't get it, and in the process of subduing his ass, I beat him with my ASP baton, in the helmet repeatedly until he stopped being a dick.  Didn't kill him either... I just kept hitting him over and over and over and over til he stopped fidgeting.  Fucked up his KPOT something fierce too.  Those things'll take only so much blunt force trauma til they start coming apart.  Hell... plenty of vidya on Youtoobs about that sort of thing
What I'm saying is there ain't -no way- that's the cop who died.
And if they say that it is?
More evidence that the whole thing is a frame up.
For that matter, why haven't we seen tearful family bemoaning the whole situation?
Normally we get the widow/mom/family who's son ain't coming home ALL over the news
In fact, the silence on that key point is deafening.
Only a carefully crafted statement of "Sicknick's family released a heartbreaking statement on Monday remembering him as a 'lovely, humble soul' who had always wanted to be a police officer and was 'very passionate' about his job:
"'There really aren't enough kind words in any language to describe how sweet Brian was. He was truly a lovely, humble soul. We are missing him terribly,' the statement read.
'He was sweet natured through and through. Everyone who met him adored him. He also loved his dachshunds dearly, spoiling them, and ensuring they got the best care possible.
'He also had an incredible work ethic. He was very serious about showing up to work on time and refused to call out sick unless absolutely necessary.
'Our loss of Brian will leave a large hole in our hearts. The tremendous support we have received from the US Capitol Police, the law enforcement community, and the community as a whole has been overwhelmingly warm and generous. We're very grateful for everyone’s kindness during this difficult time.'"
Sounds a bit canned to me... one size fits all I guess.
Call me the ultimate cynic at this point
After all, they made all of this that way.
Tough call... let your own eyes, experience and intelligence make the judgement call
I'm only calling out what -I- can see
And this looks bogus to me
Maybe he -is- in fact dead.  If so, I hope they catch the guy who done did it, as he's done irreparable damage to any and all patriot movements from here on out.  Fry the motherfucker
BUT
There's the 5% possibility that this's bullshit, mixed with horseshit
A favorite flavor for Demoncrats to feed us these days
Be wary
Be Intelligent
Trust Nothing
Watch Your Six
More later I Remain The Intrepid Reporter
Big Country

Posted by BigCountryExpat at 8:03 PM