OK: That's a LOT of Troops

Greetings Me Droogs n Droogettes!
DiveMedic (whom I've had the pleasure of Meatspace with at Ye Olde Blogshoot) poasted a shit ton on intel that he's gathered (and that I'm stealing/utilizing here for me own analysis.)  His website is HERE and I highly recommend his stuff.  Now, he managed to get the Order of Battle for the current shenanigans going on in D.C vis-a-vis the Notional Guard and it's deployment
It's up to 20,000 troops right now
That's more than whats in Affy right now
That's a fuckton of armed motherfuckin' weekend warriors
His breakdown, stolen for the sake of 'quick use' for my view is this with my comments in parenthesis after from personal knowledge)
The entire Washington, DC national guard (Camp Guards when I was at Gitmo in 06)
56th Stryker Brigade Combat Team (Pennsylvania Bloody Buckets... lots of combat tours... 'heavy armor' if you consider Stryker trucks to be 'heavy')
Troop B of the 102nd Cavalry Regiment (negative info on them... wiki sez they're a No-Go at any real deployments.)
1-114th Infantry Regiment (Joisey Guard, No-Go no deployments)
508th Military Police Company (Another No-Go Joisey Unit)
229th Military Police Company (Kuwait Defense 1990, doubt if any of them are still there... a No-Go Virginia unit)
153rd Military Police Company (Delaware NG, A single tour in 07-08 in Iraq)
102nd Military Police Battalion (NY NG...a No-Go unit w/zero deployments)
104th Military Police Battalion (NY Guard, No-Go NY no deployments)
229th Brigade Engineer Battalion (Virginia Guard, lots of deployments, in a non-combat role)
160th Engineer Company (Delaware Guard, construction, couldn't find intel on deployments... thin k these are the guys doing the fencing/blockades)
261st Theater Tactical Signal Brigade (Command and Control unit, one tour at my old base Victory in Iraq in 08-09)
198th Expeditionary Signal Battalion (Delaware NG, VSAT and comms unit...one company in South Carolina which DID deploy once in 13-14 to Kandahar)
1049th Transportation Company (Aviation trans... couple here'n there... ass and trash)
262nd Component Repair Company (you break it, they fix it, No-Go on deployments... to me, this means they expect to need to repair shit right then and there as opposed to waiting til they get home)
108th Wing (Refueling and Air-Recon Unit, multiple deployments)
177th Fighter Wing. (Air to Air F-16 Air defense... what the fuck do they need them for?)
105th Airlift Wing (Air Trans)
174th Attack Wing (Drones... lots and lots of drones... Predators, intel-gatherers... BAD juju)
166th Security Forces Squadron. (Security for the planes, lots of deployments)
OK... whew
Now, looking this over, 20K is a lot of folks
But not so much when realizing they have a fucking Fighter Wing attached.  That's a lot of support peeps that need to be there to support the F-16s  Which begs the question, just what in the hell are they expecting?
Talking it over with Sapper, even if it's a 60-40 Shooters to Support (it never is, more like the opposite) That's still a fuckton of shooters
Newbie Shooters
Like "Never Deployed/Seen the 'Elephant'" Shooters
Which means "More than likely to fuck the fuck up"
Especially since I see pictures like this

THAT was standing in front of the Gin Hag Peloser for the photo-op.
Meal Team Six is on the job Madam Gin Hag!
Christ
I feel soooo much better about meselves now
I was thinking I was out of shape
Not anymore.
So, besides the fucking Strykers (Bullshit tin cans... ask any TOW Gunner... they melt real good)
The one that has me slightly looking in concern is the 174th Attack wing... That's a Drone Unit
Those things are dangerous
Lots of Intel Capabilities
Whatever you do
Do Not Go ANYWHERE near D.C.
I mean those things?
Predators?
Fuuuuuuuuuuck that
Bad Bad BAD JuJu
Now, Other topics.  Lots of Service and Support Units have had 'security training'.  That's fine
BUT
The war(s) started in 2001
The majority of highly trained motherfuckers are out and retired
That was literally 20 years ago.
So.........
Logistics:
My specialty.
210 Rounds (7 Magazines at 30 rounds per, per shooter) per person Infantry/Military Police
60% shooters = 12,000 Shooters
2,520,000 rounds of 5.56mm
Minimum
DoD rules back when I was doing Boolits, Beans and Boots?
5 Days worth on hand, in stock, ready to deploy.
2 Combat Loads (420 rounds expected expenditure per day)
25 MILLION, 200 THOUSAND rounds for 5 days of combat operations
That doesn't include 20000 MREs at 3 meals a day, 60000 PER DAY
Add on defensive ammo for the 'Fobbits'  say, one mag, 30 rounds per for the remaining troops (8000) means a quarter MILLION rounds, just to make sure the REMFs have one mag at the ready each.
And this deployment?  It's now Until Further Notice
What are they planning?
I'm only scratching the logistic surface.
The Stryker Unit:
One .50 Caliber M2 Machine gun per, average combat load per vehicle, 5000 rounds of .50.  Per truck.
100 +/- Trucks in the 56th that's deployed. (5 Strykers per Platoon, 5 Platoons per company,  4 Companies per Battalion, then the 'odds n sods', (made up of the HMMWVs a and whatnot, and this is a Company sized element)
Half a Million rounds of .50
53 gallons of MOGAS
5 miles per gallon for those beasts
Not that they're going to be maneuvering
BUT
They'll be idling.  It's too cold and the Guard are pussies.
That's a LOT of supplies
Not even sure if there's an Ammo Holding Area Capable of supplying that amount of shit for the Army.
Notice that they're not talking about this?
The other thing that bothers the ever living fuck out of me is the 262nd Component Repair Company.  These guys are the "send it to Depot for repair"  I was the depot repair level guy for the reserves back in the day.  The norm is "Fuck it, it's broke, tag it, and we'll turn it in when we get back to home-station."
Not this time
This tells me they're up to serious shenanigans that's gonna make the D.C. area into the equivalent of the Baghdad "Green Zone"
Meaning they might be planning some executive order shit so heinous, that the concept of genuine rebellion might actually happen, and these cherry-assed Fucktards with Meal Team Six are expected to 'carry the load' when the shit hits the fan.
Your thoughts?
This's just mine from 8 plus years of supplying Uncle Sugar in active war zones.  Which is what I'm witnessing IRL in our Nation's Capitol.  Not good
More Later I Remain The Intrepid Reporter
Big Country 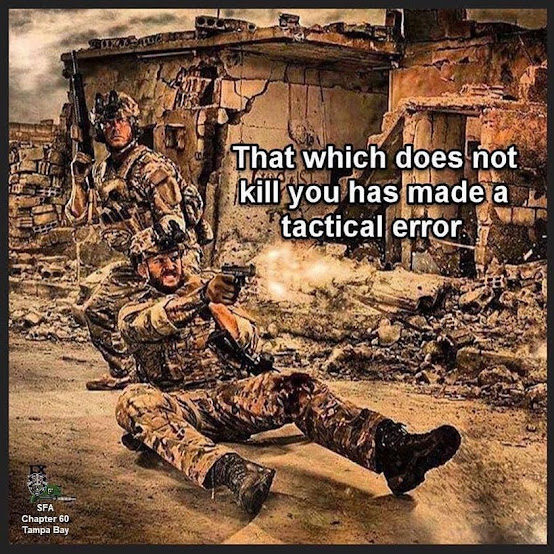 Posted by BigCountryExpat at 7:39 PM