Greetings Me Droogs n Droogettes!
Wow...
Just Wow...
Got these from Angry Cop on YouTube.
My fellow Blogger and Rakkasan TPB over at The Patrol Base, link HERE has a new article up on his site about Command Sergeant Major Purdy.  CSM Purdy was/is a fucking legend in the Infantry.  I'm sure if he was still alive, I can almost imagine his reaction to this: 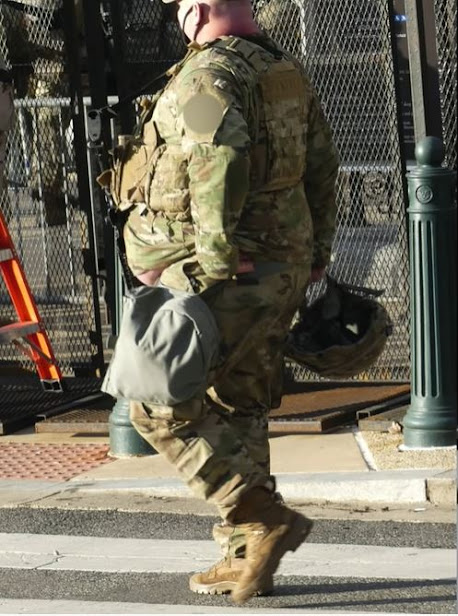 Actually, I think that might be enough for Purdy to fully-on stroke the fuck out...
That's a guardsman in DC with his fucking gut hanging out at the bottom of his shirt
Oh. My. Fucking. God.
AR600-9 The Army Body Composition Regulations, just literally burst into flames.
Needless to say, -I'm- feeling a whole hell of a lot better aboot meselves
The ONLY thing that miserable donuthole eatin' motherfucker is useful for is a mobile sand bag
If that is what the guard allows to run around loose, I'd say we in the PatFor are in a lot better shape, both metaphorically and physically than I thought.  The only other thing I can think of that he-might- be useful for is for... well, cleaning up ALL the leftovers for one... beyond that?  No. fucking. way.
I for the life of me, cannot believe that one.  And here I was bagging on Meal Team Six earlier.  That fucker got nuthin' on this beast.
I do want to know where they got his armor though, I'm a really big lad upper body wise... My Plate carrier is a wee bit small on me, and I'd love to have the set that fatbody has... it'd be a fuckton lot more room for me, that's for damned sure.  He also, interesting has what appears to be ONE FDE Magpul Mag sticking out of the front of his kit... 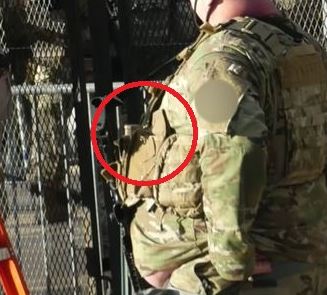 Sure as hell looks like one to my jaded eyes.
Of course, it might be a beef jerky container...
Who the fuck knows?
And then
This: 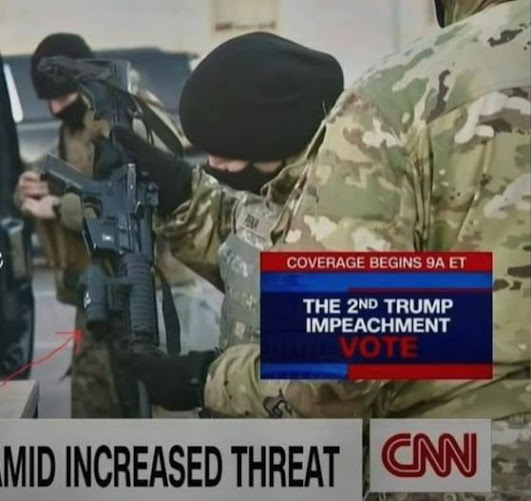 A) That troop is looking at the rifle like it was a completely unfamiliar piece of gear
B) The red arrow is pointing to the Red Dot sight on the bottom rail of the front guard
For those not in the know, it's supposed to be like this: 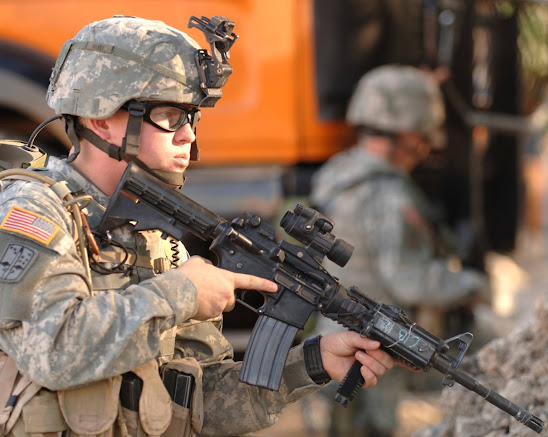 Wow...
They always say "never underestimate the enemy"
But does the opposite count?  I mean just -how fucked up- are these people?  Granted, this's a minor number, but the fact remains that a LOT of fucked up pictures of fucked up troops with either fucked up gear, PT issues, I mean add on the self-imposed Litmus/Loyalty tests, ...sheeeeee-it
Going to war with the Army you have is one thing...
This's more like an untrained mob.
NOT the dedicated pros I knew from years gone past.
In fact, CSM Purdy has been heard from: 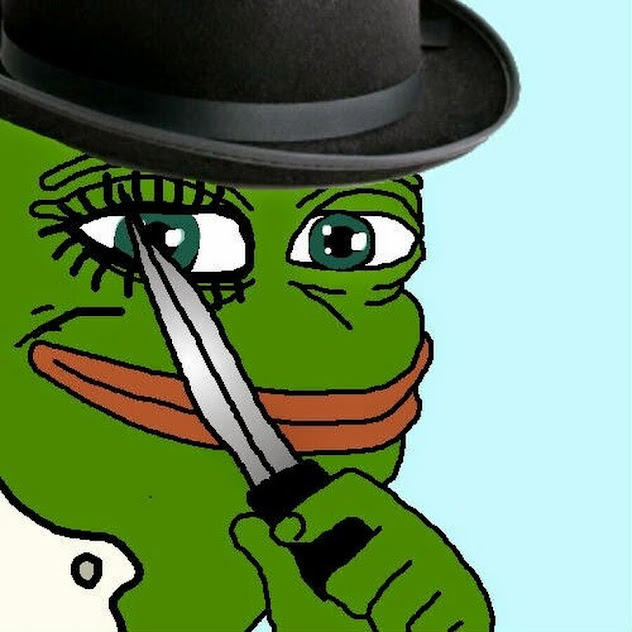