Guess We Know Which States are "Safe(r)" 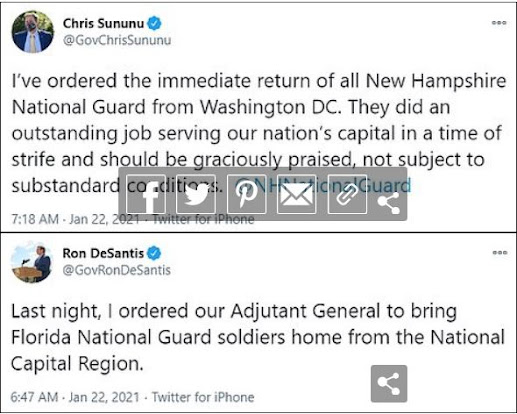 This is a good thing
Makes Mom n Pop back home realize how little the Powers That Be Care about them and theirs
It flushes -ALL- the bullshit platitudes and "We Support Our Troops" and totally lays waste to the concept.  The next time, my hunch?  The Guard and Governators will tell them to suck a dick and hiccup.  I know I would.
Which leads me to the premise that came to me when Sapper n' Me were jaw-jackin'.  I'm figuring that eventually 'they' are going to do something incredibly stupid and boneheaded.  Right now, it's the 'lull before the storm'.  They're settling into power.  The -rush- of that all encompassing power, much like a cocaine or heroin rush, hasn't fully hit.  When it does, that's when we're in trouble.  Right now?  All calls of unicorns, rainbows and sunshine.
But when Slo or the Ho's motorcade gets rotten fruit thrown at it from the less-than-adoring public?  Live on TV and the hecklers start going batshit?  -THAT'S- when all hell is gonna break loose.  Slo is particularly known for his thin-skin, as is the Ho.  Both of them.  That's when they'll want to start drone strikes and shytte.
So they'll demand crazy-retarded anti-constitutional laws.  And get them.  And when the invariable civil war fires up to full-on Spicy?  Well, from my tracking, the Regular Army Troops... the full timers...  they've decided they ain't gonna play the games... and I think even the "Higher-Higher" knows that.  It's the old "What if you threw a war, and nobody showed?"  The Highers can threaten all they want, but if the Military as a whole does a stand-down,  then oops... the DotGov is left with a fracturing that they can never recover from.  And if (which they are) so stupid as to think that they can order a 'rebellious unit' under the bootheel by "Loyalists", then it gets beyond kinetic very very quickly.
Which is the kind of shit nightmares are made from.
So, if Big Army is out of the picture, and the Nasty Guard takes a seat, ain't much holding back at that point.  Initially they'll have "Loyalists" but that'd change mighty quick once the families get involved.  5th Gen War is ugly.  And the Politicians have never experienced anything like it in their pampered poodle lives.  They practically and for all intensive purposes shat their collective drawers at what is now being realistically called by people 'in-the-know' a giant rally that got slightly violent.   In fact, the cop who "got his head beaten in?"  Yeah... not so fuckin much.
Pre-Existing conditions.  Fucker had a stroke and cashed.
Ain't hearing much aboot that Aye?
So it's going to be interesting.  There's no way I can see a way around the shit hitting the fan
I'm gonna stock up a bit more on pull ups... thank God she's almost potty-trained so at least I got THAT going for a plus... $20 a week on canned good and shit.  MOR preps.  Food is the one thing they can try to peg ya on... water too.
For those interested, I can assist with Water.  Email me at the Proton Addy and I'll see what I can do.
Otherwise More Later I Remain The Intrepid Reporter
Big Country 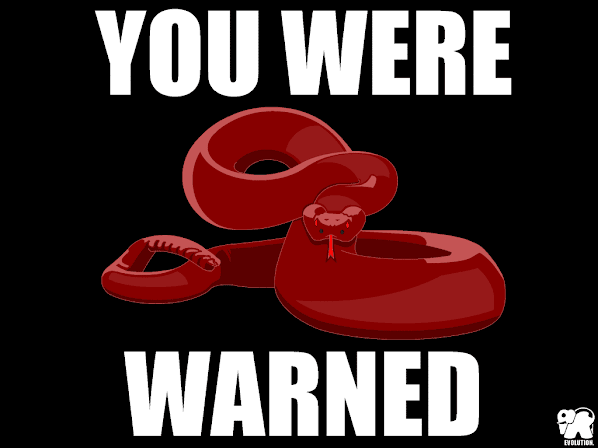 Posted by BigCountryExpat at 11:12 AM