Greetings Me Droogs N Droogettes!
Buying and selling... seems to be the watchwords of the week.  Be it stonks, politicians, political parties and/or influence, enforcement of laws (or lack that thereof), it seems like just about everything these days is up for grabs.  The whole Wall Streetz fiasco is playing out very nicely in many respects, as that too is exposing and ripping the veneer of respectability and 'muh free marketism' clean off and showing just -how corrupt- the entirety of our system has become. 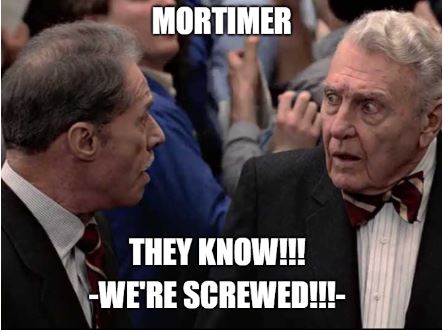 Seems like now, evvabody has figured out that evvat'ing be corrupted mon.  Be it the police, the politicians, the churches, the market, the educational system... hell even my beloved military has gone fully and completely sideways.  It's time to burn it all down...
I mean for example?  Too many to list.  The Pope is pretty much a communist, and there's credible stories that as a Priest he enriched his family by denouncing people during Argentina's "Dirty War" in the 70's.  He also hid 'dissidents' from the Junta (read fuckin' commies) and help them escape.  His actions since his installation have been absolutely fucking socialist in nature, if not outright communist.  BTW, seems a pattern here with installing commies in positions of high power Aye?
Politics?  Not even gonna touch the installation of the Usurper Kidsniffer Slo and the Ho.
The cops?  OK, personal example here.  Be ready to see red.  Dumbfuck and Dumbunny are now under a CPS investigation.  We're waiting on results but the pediatrician wants a Brain Scan of GranBebe#2.  Possible shaken babe syndrome.  I can't do -anything-.  Literally.  The CPS investigator's been in contact w/Wifey, and is absolutely stunned that Dumbfuck, a convicted felon is being allowed to run around still beating Dumbunny, driving without a license and insurance, and doing 'dirty deeds' (he's making bank but doesn't have a job,  and the cops know, the judge knows, and his probation officer know,  AND NO ONE WILL ARREST HIM?!?!?
WHAT. THE. FUCK?????
To me?  It tells me that the locals are 'on the payroll and/or compromised in some fashion.  Dumbfuck's family is Dirty-Dirty.  Drugs and Shine Dirty.  ...and I can't do a fucking thing aboot it.  However me?  I get -accused- of some shit and they had me in the hole, ready to freeze dry my ass and put me under the jail... without so much as a  speeding ticket on my record up til then...
Two-Tier.  No shit Aye?
Essentially, until -something- terminally breaks, things are gonna keep careening downhill like a pinball.  There's going to be weird bounces as it hits the bumpers, and until it reaches dead bottom, best we as a group (i.e. the smaht folks) is keep our heads down whilst the Powers That Be keep hitting the flippers, trying to keep the ball in play, and shaking the machine just enough so it doesn't 'tilt' out.
Some of us want to be accelerationists, by walking up and hitting the machine so it 'tilts' right here and right now, but I'm not one of them.  The catastrophic meltdown of a full-on societal collapse is really something, unless experienced, is something y'all really don't want.  I only saw a -minor- taste of collapse in Iraq... that in itself was bad enough for me to know I really don't want either GranBebe nor Spawn to have to go through that sort of shit.
Hell, as well prepared as I am, I don't want to got through it.
BUT
If they leave me no alternative, then hey!  Game on motherfuckers. 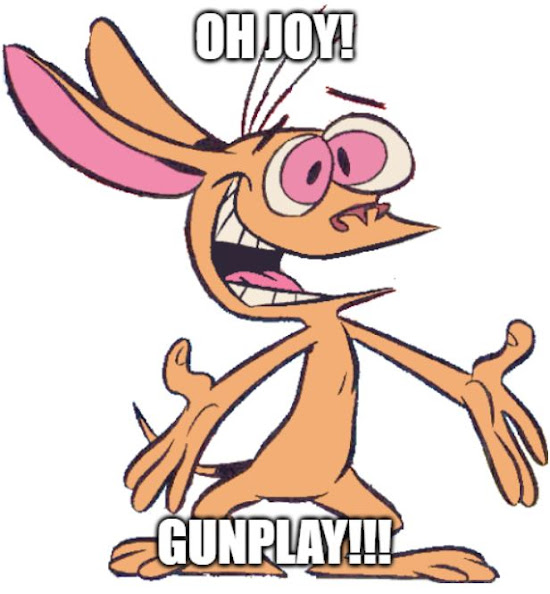 After all, I do have a personal grudge or ten that need to be settled.
Right now, MY feeling is we're on a major precipice.  The stonks and the 'economy', as bullshit as it sounds, is pretty much the last leg keeping the table from falling completely over.  If the economy does a full-on meltdown, it's done.  Like everything.  No matter how hard they're trying, now that the cat is outta da bag so to speak, the Autists are involved, and shit's getting weirder and weirder, we're is some really, really deep shit.
Now, the current GME stonk issue:  Sapper might have figured out part of the underlying issue that sparked the "Let's Fuck Melvin Capital over" Interestingly, this's a pretty valid idea.  There was a game release for a new game that was highly anticipated by the geeks and gamers (i.e. Autists) called CyberPunk 2077.  Now, if you don't game, you might have heard about what a shitshow the release was.  All fucked up... buggy as hell.  See, apparently the suits at CDProjectRed, the developer company, smelling a mad profit, forced Cyberpunk 2077 to be released early.  It wasn't ready, and the game has been limping along.  It was so fucked up that Playstation, for the first time ever, gave a refund for purchases made online through their consoles.
In steps Melvin Capital.
Who shorted the fuck out of CDProjectRed.
They made a pile o'cash, and really put the hurt on the company.  Which pissed off the Autists.
"Cry havoc, and let loose the geeks of war!"
Or words to that effect.
And then, once they started learning, and got inside Melvin Capital's OODA loop, that was all she wrote.  Now, if Melvin and his gang had just taken their lumps like a man so to speak, shit would have settled back down.  The autists would have found something else to fuck around with, and things would have gone back to 'normal', for the values that thereof.
But no, they had to act like bitches, and gett all "Elite-y" and "We'll show these proles who's boss!" and did very and exceptionally stupid things that only furthered the rage, which has now spread to Normie-Street, and is raising a lot of extremely uncomfortable questions again vis-a-vis the two tiered just-us system, the markets, and "Just how free IS this fucking market of which you speak?"
Not very apparently
And our political Commisars are being very quiet, as they don't want to piss off the paymasters apparently.  Lots of hot air about 'investigations' per usual, but we all know that's a steaming pil o'shytte.  Which therein lies the biggest problem.
We know they're full of shit
We know nothing is going to be done
We know that it'll all fade as fast as the propaganda outlets can make it
We know nothing is going to change
What we need to do is be prepared for what comes next
Head on a Swivel
Now More Than Ever
I Remain The Intrepid Repoter
Big Country 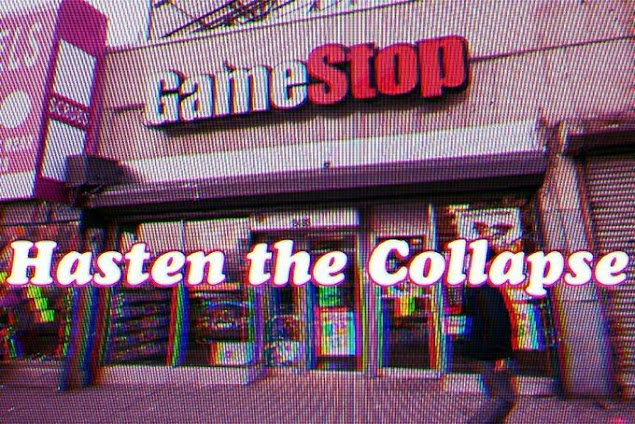