Greetings Me Droogs N Droogettes!
Over at Concerned 'Murican's house, he's got the following pics up:

Translation: this individual states that an 'warno' which is 'warning order' that everyone who owns a 'POW' or 'personally owned weapon' must submit to a 'BH eval' which is a 'Behavioral Health Evaluation' or be marked as an 'HRI' or a 'High Risk Individual' (Bad Idea #1)
So then:

Then after discussing it, if they don't get a BH Eval, they get marked as a HRI and have to turn in their weapons to the 'PMO arms room' which is the Provost Marshal's Office' which generally on base means the Force Protection Arms Room which means the MPs...  The guy then sez "Hey, you live off post"... to which initial dude that the 'SJA' 'Staff Judge Advocate's orifice' would go out to the local county mounties to get a warrant executed.  (Bad Idea #2) The respondent sez then, take it to the 'IG', the Inspector General... who usually arbitrates illegal and unlawful orders or at least performs a modicum of keeping shit like this from happening...and then:

To which the original poaster said, "Tried that, was told to fuck off" (Bad Idea #3)
Now, on the surface?
Ya... litmus test of some kind.
Problem:  No idea as to what command?  What Unit?  What Base?
Too many variables.
My thoughts are it has to be at a Battalion Level with a DemoTard in charge who'd overheard some eeeeee-vil talk 'moungst the troopies.  So to 'nip that shit in the bud' he's pulling Colonel Rank and going 'full retard'.
See, back in the early Nineties, when they passed the "Thou shalt not own nor possess a gun if'n you ever tuned up yo bitch" law (i.e. Domestic Violence Bar to Firearms)... Whelp, I'ma hear to tell ya... that caused chaos in the DotMil because not only did it preclude personally owned weapons, the dumbfucks also precluded ALL weapons
To include the 'tools of the trade'
We had a 18 year 1st Sargent who found his wife getting gangbanged when he got back from the Gulf One in '91 and tuned her up 'proper'... Don't agree, don't condone, but as the late, great Sam Kinnison used to say, "I know what turns Mister Hand into Mister Fist!" and this dude and a LOT of others were facing career-o-cide.
So they changed it a bit
The DotMil is still death on that sort of shit HOWEVER this particular set of monkeyshines?  This's gonna end badly.  Because if you get I.D.'d as a HRI, you can't draw a weapon to do your fucking job.  Me?  If I was still in?  I'd be like telling ALL MY TROOPS:
"Tell 'em to sit and spin"...
Once an entire company of Infantry is "out of action"... shit'll go downhill from there OER wise... that'd be my recommendation.
Otherwise the troops are going to keep being harrassed
So if'n you know the who and how, tell 'em they, as a group need to stand strong.  Cause I know of no other bunch of heavily armed motherfuckers in the military than the Infantry.  We had this one crazy fucker who literally bough rifles by the case with his entire paycheck when he was in... His house looked like a fucking Arms Room.
So, no worries... this'll get squashed once word gets out, so share and share alike.
So, Hope that clarifies.
More Later I Remain The Intrepid Reporter
Big Country 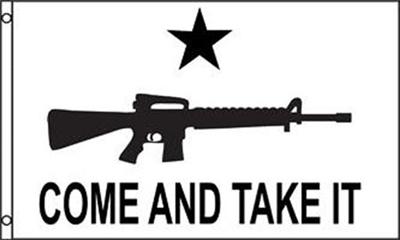