Greetings Me Droogs and Droogettes!
Seems it's even worse than my original poast about the 'effectiveness' of the Pfizer vaccine.  Apparently, the Brits now require "rescusitation zones' around the areas where they're dropping shots.  Link to the story Here 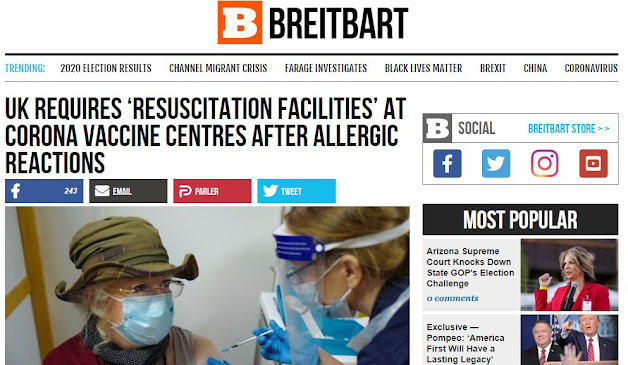 ...in case it too, like all things electoral, gets memory holed.
"And then, one day, alllll the magic tech-HQs burst into flame, and no one knew why."
I mean wowsers
Even in the dot mil, they didn't have a fucking resuscitation station on standby when you got your shots on like day two or three?  Hard to remember... too many years, too many beers.  I mean yeah, it was done at the MEDAC, nothwithstanding, it wasn't like they kept shit -right- there for -right- then use.  Meaning, sometimes (and in my pla-tooooons case) we had this big ole boy who apparently never had any shots before... big ole Georgia shitkicker.  Hit him with the twin air guns Zap Zap, move forward one pace, Zap Zap, move forward one pa...er face.  >SPLOTCH!< Homebody ate the ground.  Didn't know til later but he had an 'adverse reaction' to one of 'em. They had to call out, get a real medic and run the fucker to the hospital.  He re-joined us like on day four?  Or was it 5?
Anywho... and thats what with the Army's assembly-line multi-shot jobbers.
This's here just a 'one-stick' and yer good?
Not so much.
More and MOR Reports coming in...
Lots of 'allergies'
Lots of "If you have... if you are..." Do NOT get the shot.
Apparently that's becoming "If you breathe, and have two functioning brain cells and are NOT libtarded..."
Do NOT get the shot.
'Ere endeth the lesson Aye?
Which then brings me to the next part of ye olde rant.
Seems now?
Huh
Lotsa folks coming under the meee-crow-scopes.
Hunter Biden, IRS is going after him
Eric "Nuke-'em-Chinkfucker" Swallowswell?  Thrown off the intel committee while under investigation.  Hope the slanty-eye Asian Fever was worth it you commie fellating anti-gun unamerican fuckwit.
Cynthia Johnson, at first, kept her positions and shit by 'claiming rayyyycist whypeepo' called her and told her she needed to be and was going to be lynched.  Silly Nigger... Us whypeepo, outside of your fuckwit libtard allies never use the term 'lynch' or 'lynching'... not nowadays... mebbe in the Antebellum South, but now?
Nah.  We just say we're coming to kill yer stupid boot-lipped bluegum ass.
So,
Epic Fail #1: Calling for her 'solid-ears' (yah... Ebonics...) to kill us Trumpy whypeepo.
Epic Fail #2, that us eeeeevil whypeepo said We wuz gon don Lynch her.
Epic Fail #3, she's essentially been suspended from all duties, and they're, metaphorically unfortunately, hanging her out to dry.  Looks like she'll be putting in for that 600...make that 300 a week unemployment.
I'd say we have a winner in this weeks "How fucking stupid are they?" Award.
Too bad it ain't the Darwin Awards...
All three need a good killin'.
Jes Sayin'
For them?  You need a special tool for special fools 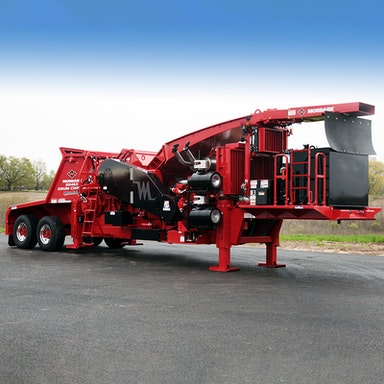 "The Morbark 50/48 whole tree wood chipper is the largest, most productive drum chipper on the market." Wow.
Yeah... wish I knew how to edit vidya... put a picture of a bunch of politicians in place of the trees...
But yeah, it's entertaining
So, again back to the grind (heh)
More Later I Remain The Intrepid Reporter
Big Country 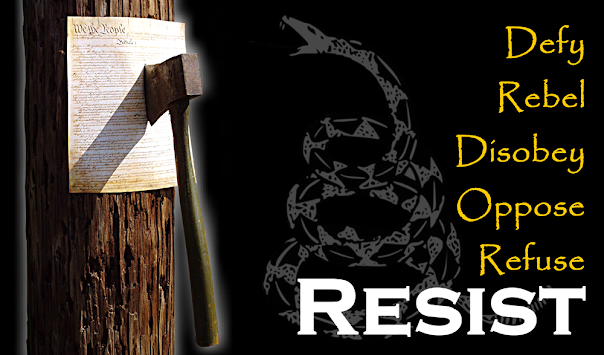