They Thirst for Death


Greetings Me Droogs and Droogettes
WRSA often posted pictures of dead Elephants with the quote "They Thirst for Death" about the republiCan't party.  In this case, the near-suicidal issue is more a DemoncRat thing now.
Seems this jig: 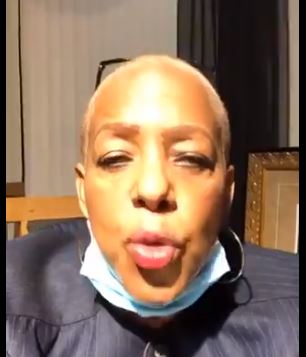 Cynthia Johnson (appropriate her last name is a stand in for 'dick') called for 'soldiers' to 'rise up' and something something... hard to tell... Ebonics and all that...  The link is HERE  Apparently she lost her re-election (suprise!) in Michican't.  Sour grapes apparently.  Also, blatantly stupid.

And that right there, when I'm asked my my 'normie' neighbors "just why are you testing and building flamethrowers in your back yard?" I point out lil things like this to explain it.

"Oh, she's just being dramatic."
Nope... no she ain't
And why should I chance it?  I've even pointed out that so far I haven't held it against them that they voted for a senile, Chinese-owned, more-than-likely-child raping kidsniffer.
YET
Amazing how they start getting nervous when I ask them if they like the reverse of the idea... that I need to start killing and harassing Biden voters for the way they voted.  Puts the onus back on them.  Suddenly it's all sherry and skittles and "We're cool right?"
Oh no, I'm just gonna be dramatic right back at ya.
Civilize 'em with a Krag as they used to say
INDEED
See, I'm lucky.  The local-locals know I'm a righteous dood, but slightly off
Well, ok, completely bug-fuckin' nuts
But still, the cachet of being known as the local Merc/Combat Vet lunatic Flammenwerfer manufacturer keeps me relatively safe.  That being said, I do think the house has been being cased again... evidence from the other night shows that -someone- was peeking and creeping on the porch.
Methinks it might be the local cat burglar... we got an email alert about it.
So, might be time to lay some concertina
Jes Sayin'
For grins n giggles
I can only imagine finding the local burglar wrapped up in razor wire on the lanai...
"Sapper, get the shovel..."
But as a few other folks have been pointing out, even other country's commentators like John Paul Watson, the lil flamer from InfoWars has commented on asking just how fucking stupid are the libtards?
Answer: Jesus, do you -have to ask?-
They've been indoctrinated now for like 30-40 years by a bunch of cowardly can't cunt teachers who's theoretical VAST intelligence and Marxism that their way is righteous and correct and that they are virtuous and good.
And the the rest of us?
Deplorable
Rayyyycisst and sheeeeit
I'gnint
Rednecks
Crackers
You get the picture. 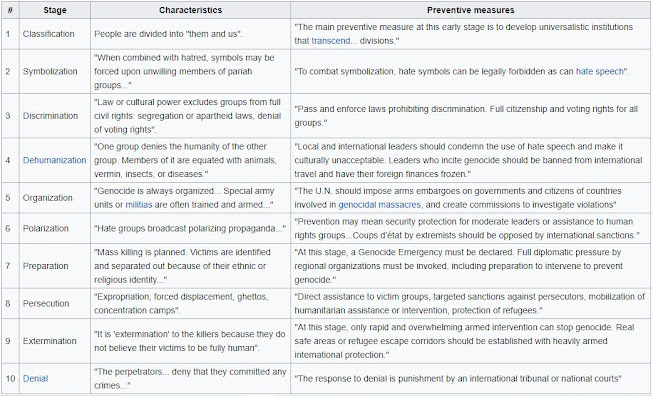 We're currently at #7, Preparation.
Stages 1 through 6 are already either done, or in progress as well
They're openly calling for #8, Persecution...
Which is really odd because theoretically, in their own claims they won.
Why would you keep pushing if, in fact you won?
Which tells me that they know they didn't.
They -might- be able to get #8's ball rolling so to speak, but I think, personally that the Blue Hair Zir/Zer Brigades aren't quite up to #9, Extermination done.  Call it a hunch.
In fact, methinks it's gonna backfire
SPECTACULARLLY.
Can't wait.
Been since 2006 since I serviced a proper target
So, More Later I Remain The Intrepid Reporter
Big Country
Shamelessly Stolen from WRSA 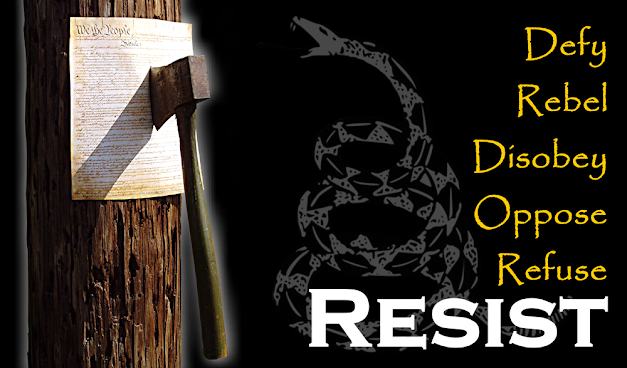 Posted by BigCountryExpat at 2:27 PM