Greetings Me Droogs and Droogettes!
Sergeants Time Saturday has been extended as the way things are, the MOR you know, the longer you may live and keep harassing the enemy.
In this lesson today is the M136 Anti Armor Rocket Launcher.  It's a smoothbore 84mm HEAT (High Explosive Anti Tank) loaded round.  Hence the Unofficial designator, AT-4, 'Eighty-Four'... It replaced the M72 back in 1987.  Designed by the Swedes by Bofors, it's a Infantry weapon for busting light armor and/or more frequently, Bunkers.

It's designed as a single shot, 'dump the tube' after firing.  No reloads.
Pretty heavy IMO but pretty useful. 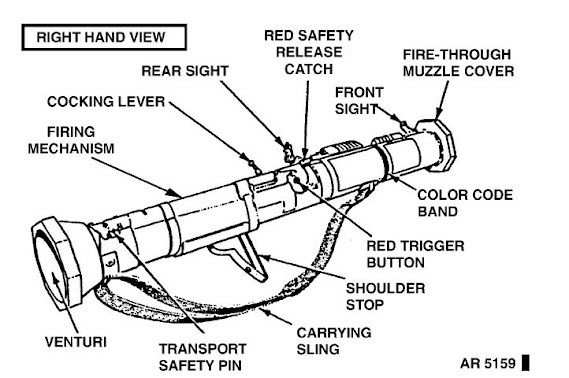 Now, The shoulder stop is a lil wire thingy with a cheap canvass strap.  It snaps to the body with, of course a snap.  Unsnap and lower it.  To fire, You first pull the transport safety pin located at the rear of the tube.  Then you pop back the back the front and rear sight covers, allowing the sights to pop up into their firing positions. (They're spring loaded) The AT4 has a set of front and rear sights. 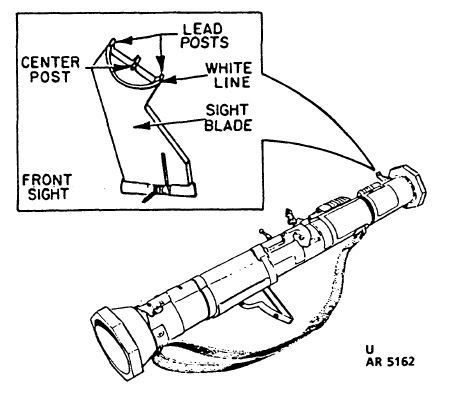 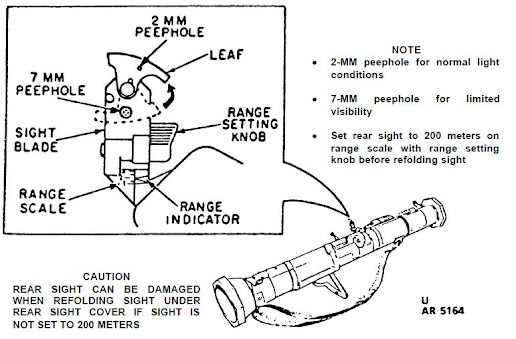 Once the sites are up, you get ready to fire it.  Place it on yer shoulder, check behind you and get ready.
Firing this thing: 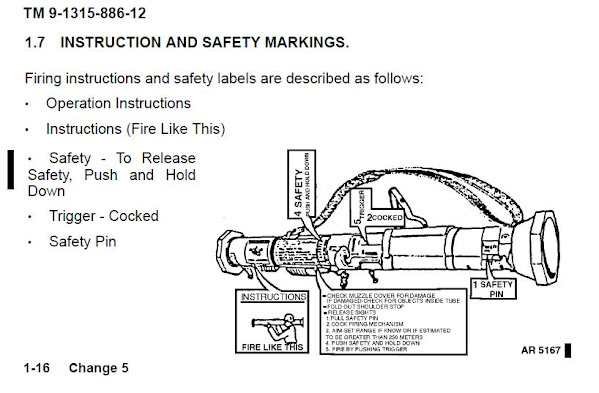 It -does- have a "how to" label 'cos us Infantry tend to be a bit OCD on this stuff...
You then remove the first of two safeties by moving the firing rod cocking lever (located on the left side) forward and then over the top to the right side. Use the heel of your palm as my memory serves me, the cocking arm is a stiff as a bridegrooms dick.  Push HARD forward, and over-to-the-side.
When aiming, you squeeze down the "Flap" safety/trigger, and while holding it down, it's now ready to be triggered with the Bang Button.  Both are Bright Red so's you can't miss them. The red firing button has a similar resistance to the trigger pull of a rifle, so just squeeze it.
Danger Stuff:
This's a rokkit launcher.  It -will- fuck you and other people up.
It has a "Backblast"
Which is a Big Ass fireball that comes out the back when you fire it: 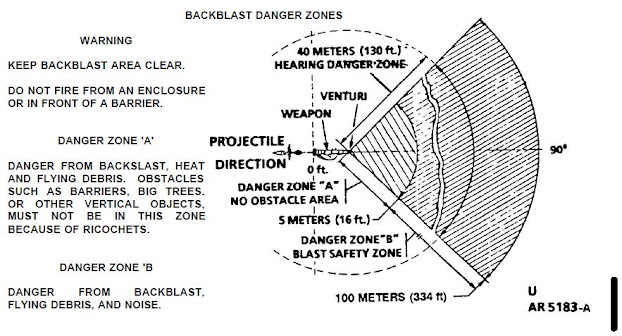 The dot mil has a new model they're now using called the AT4-CS (Confined Space).
Found out the hard way that in Iraq, big flame and smoke signatures were dead giveaways "Here we are!" and firing inside of a room is a good way to get if not dead, at least deaf.
After firing, the now-empty tube is discarded.
Now, as a story time:  When we fired off some of the OG AT-4 back in the day, the Trainers put'stuff' on sticks right behind the firing line... like every couple of feet... used metal rebar and some targets on the rebar if you will...
The blast of a live rocket going downrange really fucked up the stuff immediately behind it.  One of the things was a department story dummy head on the stick, with a soft cap on it like 2-3 meters directly behind it.  Maaaaan... we found bits 'n pieces of that soft cap 25 feet away... blew it to ribbons...
So, lots of danger.
As to Warhead Penetration?
15 to 23 inches of rolled homogenized steel.
Depends on the warhead.  According to Wiki, and I'm using that as it's been a minute since I was up-to-date on my shit:
HEAT (High Explosive Anti-Tank)The HEAT projectile can penetrate up to 420 mm (16.5 inches) of RHA with beyond-armour effect.
HEDP 502 (High Explosive Dual Purpose)For use against bunkers, buildings, enemy personnel in the open and light armour. The projectile can be set to detonate on impact or with a slightly delayed detonation. The heavier nose cap allows for the HEDP projectile to either penetrate light walls or windows and then explode, or be "skipped" off the ground for an airburst. For use against light armour, there is a smaller cone
HEAT warhead with 150 mm (5.9 inches) of penetration against RHA.
HP (High Penetration)Extra high penetration ability (up to 500 mm to 600 mm (19.7 inches to 23.6 inches) of RHA.)
AST (Anti Structure Tandem-warheads)Designed for urban warfare where a projectile heavier than the HEDP AT4 is needed. This projectile combines a HEAT warhead with a shallow cone, which results in low penetration but produces a wide hole, with a follow-through high-blast warhead. It has two settings: one for destroying bunkers and one for mouse-holing a building wall for combat entry.
ER (Extended Range)Anti-armor version with HEAT warhead that extends range from 300 m to 600 m.
HE (High Explosive)High explosive anti-personnel weapon that can be set for impact or airburst detonation, with an effective range of up to 1,000 m.
And unfortunately I can't source for the coding of the warheads.  Don't assume nuthin' IF you ever come across one of these things.  Also, be aware, they tend to be bulky and heavy.  Depending on Model, they're 14 pounds at the light end, and 18 at the heavier.  Add that onto a regular load out, and man, no wonder my fucking knees and lower back are shot straight the fuck thru, 'cos my MOS was Heavy ANTI-ARMOR Infantry... 11 Hotel... usually armed with TOW Missiles, and yeah, we used to hump that heavy motherfucker too... 4 man squad, 500 pounds of gear and one missile...
Any wonder why I liked it when they said "Hey! We're packing light... BC, get the AT4."
UPDATE FROM READER DYLAN AT GAB
Many thanks to Dylan on his contribution... TOTALLY overlooked part of the backblast issues and some 'other' good intel...:
"Some additional considerations with this weapon:
1) When firing in the high kneeling position, do not stick your rear lower leg straight out behind you. It could get burned by the back-blast. Cock your lower leg out to the side, or fire in a medium or low kneeling position instead.

2) In the same vein as above, you cannot safely fire this weapon from a conventional prone position. You have to lay down "sideways," and get your legs 90 degrees perpendicular to the tube. Realize that you could start a serious fire if you're shooting prone in vegetation.

3) After firing this weapon in combat, you should break off the iron sights before discarding the empty tube. This is to prevent the enemy from being able to re-use the tube at distance after re-loading it with another rocket or improvised projectile. I've heard of guys who would even shoot holes in the tube to keep it from being re-used."
Now, for US in the FREEFOR, I'd keep the tube INTACT to do EXACTLY what he said, which is reload/reutilize... jes' sayin'.  But overall, great addition.  My thanks!
So there you have it.
Hit the tip jar if'n you can, Wifey thanks you in advance, and hooooooo boy my next poast is gonna be on that particular shitshow...  Yep.  Gonna have me another mouth to feed here in a few days... a two month old.
Goddamit.
More Later I Remain The Intrepid Reporter
Big Country
Posted by BigCountryExpat at 12:27 PM