Greetings Me Droogs and Droogettes
"Once upon a time, there was a little boy who liked to draw cartoons..."
Who grew up, got pissed and generally kept telling the World to "get fucked" 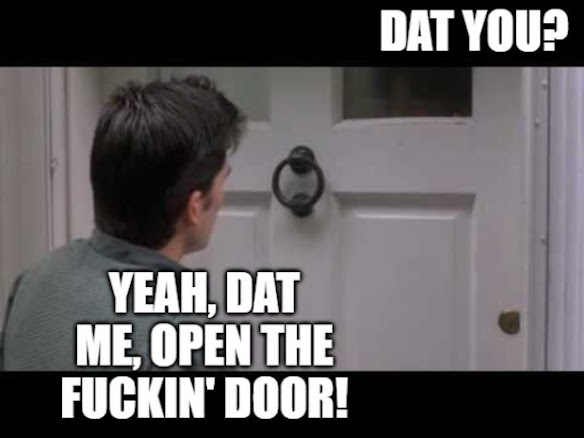 Anyone tell me which movie thats from gets "Cool Kid Points" which I'ma gonna start tracking on the sidebar for fun and games.  Who know?  Maybe the first to 100 gets a signed Charlie Mike Comic maybe?  Starring His Awesomeness, Moi.
But
General stuff.
Before my Sunday Funnies, I'ma adding 'identifiers' to the Fellow Travelers' links.  Namely, to define, if it's got SOG, that's Special Observations Group.  Means they 'tell it like it is,' and commentary to go with. The 'Aggregator' means a location to find appropriate links.  WRSA being -the- go to for this.
It's pretty self-explanatory.
So, before I get the next installment of Crew Served Weirdness outta da way, I figured an "Ego Post"... dunno if'n I ever shared these.  See, I went to Massachusetts College of (f)Art back in the day... was supposed to become an 'artist of some repute'
Didn't work out that way
When your Senior Thesis is "Political Correctness: The New Undercover NAZI Party" in a pozzed out place like that?  Yeah I was fucked LOL.
BUT in the Army, after I got hurt and was on a desk?  Cartoons as follows: 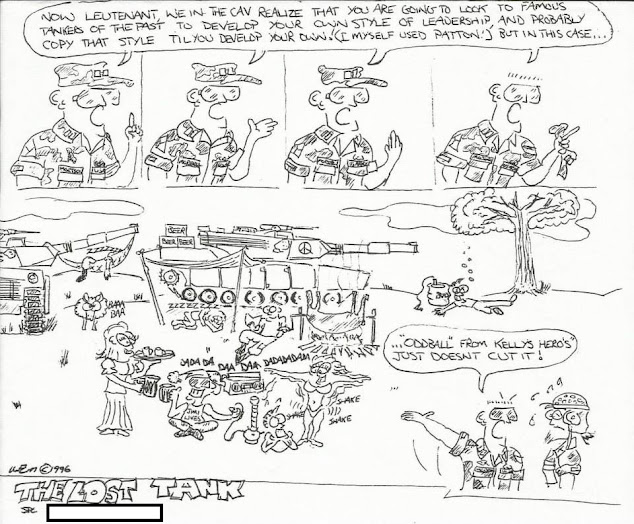 Kellys Heros.. one of my favorite movies 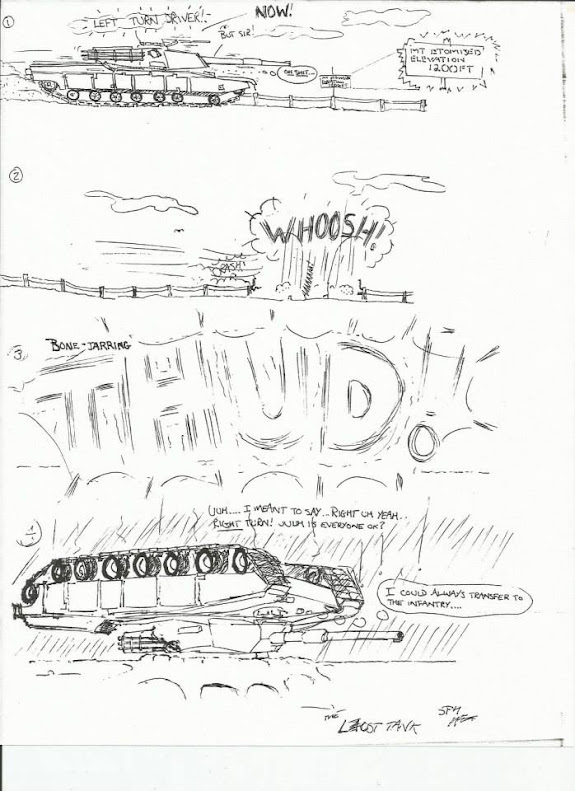 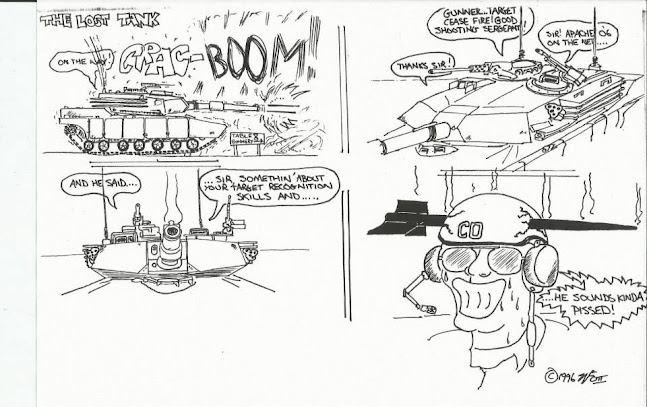 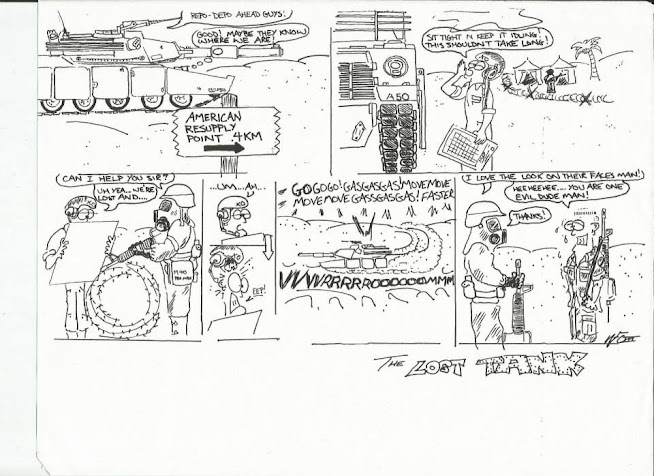 Fucking with them made it sooooo worth it.
Hope you enjoyed.
More Later, Crew Served Style
I Remain The Intrepid Reporter
Big Country 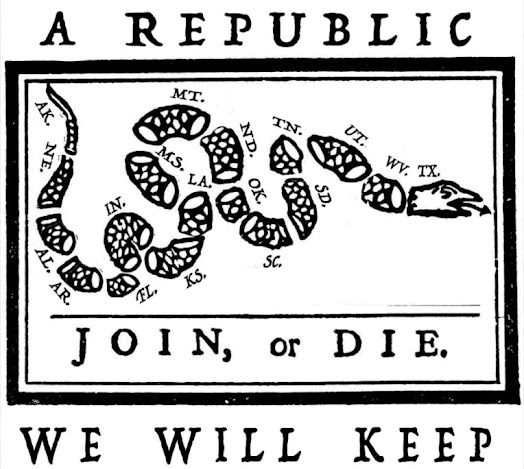 Posted by BigCountryExpat at 7:10 PM