Merry Christmas Me Droogs and Droogettes!
A bit of a Christmas Change here Keeping it a non political poast today.
The regularly scheduled 15 minutes of Rage'll be later today
Provided my skull doesn't cave in
Nope... today, through a raging hangover, and because I'ma start re-upping the Tater Squeezings early today, AND I have to work a full shift.
So... my investiture to the "Drunkard Level" last night started off innocently enough.  I usually have a tipple or six as the day winds down, and Sapper and I watch Classic Star Trek.  Now that's normally.  This being the Christmas Season, and the fact that I plum forgot that it's GranBebe's first 'real' Christmas...  I't actually her third, but this one she's actually AWARE of the Fat Bastard Elven Slavemaster, and the Reindeer and shytte.
Which means toys.
Which brings us to last night and the title of this article. 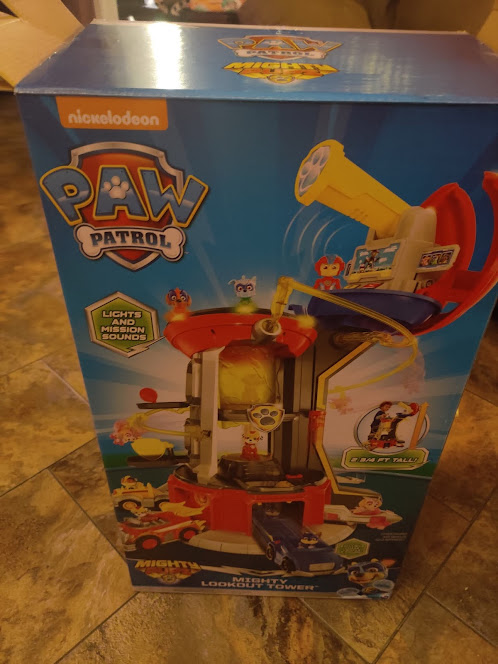 The BIG GIFT showed up yesterday at lunch
All 30 pounds of it.  Motherfucker surprised me on how heavy it was when FedEx dropped it.  Wen to the front door, and A) was shocked at how BIG the fucker was and B) when going to lift it, I was like "It's fucking chineseum plastic? How the fuck is it -this- heavy?"  I dropped it in the fambly room with the debate to come.  I told Wifey that GranBebe, who is crazy over the Paw Patrol, would LOVE to see the big, colorful label and box when she opens/unwraps.  The debate then went round and round, and I got outvoted.  Sapper and Her were like "She's gonna want to play with it, and it'll need to be put together... she's almost three and won't have much patience."  So I was like, yah, I can see that.  I'll do it after dinner.  Not gonna lie, I had forgotten that part of Fatherhood and dealing with early youngin's.  Too many years, too many beers. 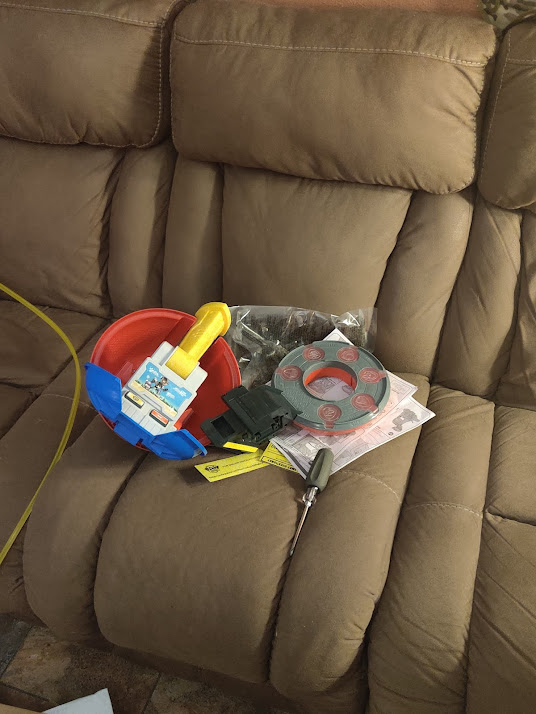 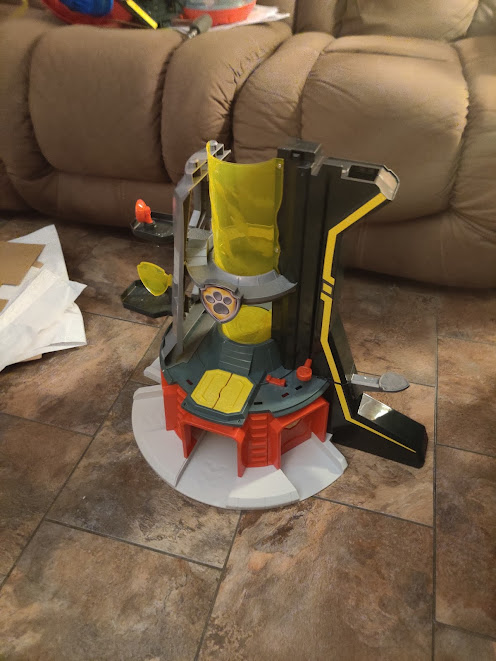 In my Vodka Induced haze I neglected to get a "Start" pic of the pile of 30 pounds of plastic and bullshit.  As you can see, these were taken at the halfway point an hour into the project.  Fucking thing.... the base and all the walls and shit?  All individual tongue and groove assembly and don't miss one or ya hadda start ALL over again.
This's where Wifey kept bringing me shots of Finlandia.
"Sonofa... motherfucker.... Goddammit..." "Here honey <GULP!>
Wash Rinse Repeat.
Until it got to this: 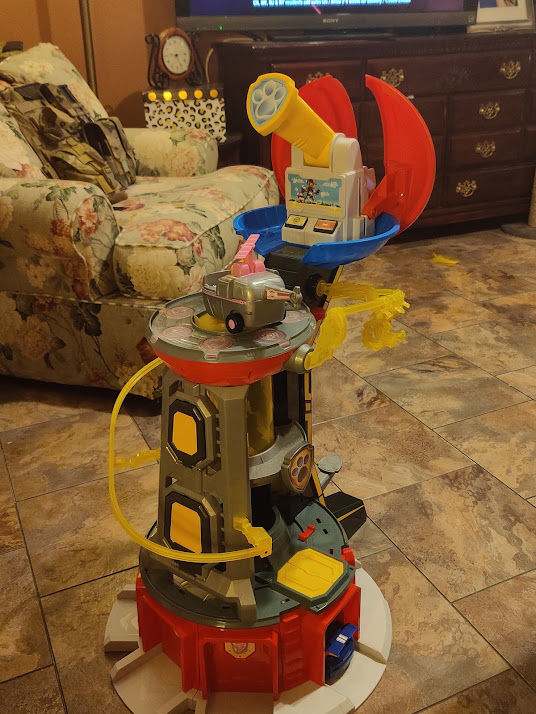 Two and a Half full hours of work...
Racecars, a Helicopter, Zip Line, Sound Effects, Elevators...  Literally ALL the whistles and Bells.
She'll love it.
But DAMN I forgot how that shit takes the piss outta ya but quick.
Best thing was I got it 50% off... normally thats a pricey motherfucker at $110.  Managed -somehow- to scarf it for $53 with free shipping.
So, I only have one thing to get, and that's a bottle of Rum Chata for Spawn #1 woman.  She loves that stuff.  Otherwise, everything else is finished.
So, I may put up another poast later today, 50-50 odds, as I do have to sit here all day manning an non-ringing phone.  Fuckin ain't no doctors in the orifice today.  So, a free day of pay today and tomorrow.  Ain't no way I'm poasting tonight unless it's critical, as we're doing shish kebab for a change tonight.  Chunks of London Broil, marinated in Italian dressing, with grilled peppers and onions.
A nice change from the norm.
So, More Later I Remain The Intrepid Reporter
Big Country 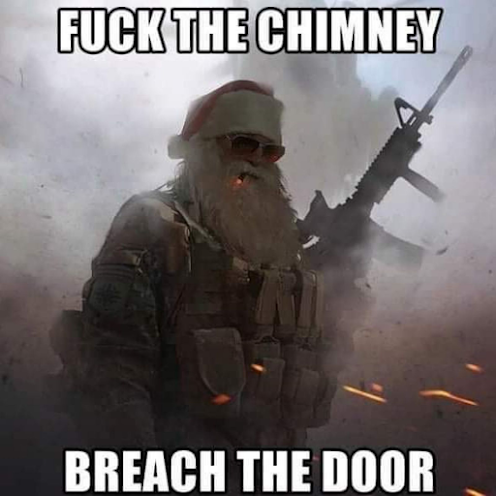 Posted by BigCountryExpat at 10:08 AM