Greetings Me Droogs and Droogettes!
Been getting a lot of requests vis email to go over 'security' of your Area of Operation.
Meaning just how does one go about making a secure area?
Well... this's kind of really depending on the type of A.O. yer in
Essentially you have various types of living space:
Urban (City/Small Town)
Urban Compact (City/Downtown)
Suburbanistan (Tight Planned Suburban Community just outside the city) My A.O.
Open Suburbs (Further out from the Suburbistans)
Farmland (Out there)
and Waaaay Over Yonder. (Closest neighbor is measured in miles)
Now, we're all familiar with the basics, leastways you should have -some idea- as to what you need to 'harden the hearth' so to speak.  In my case, it's having the hurricane stuff on hand for the windows, pre-measured and ready to emplace. 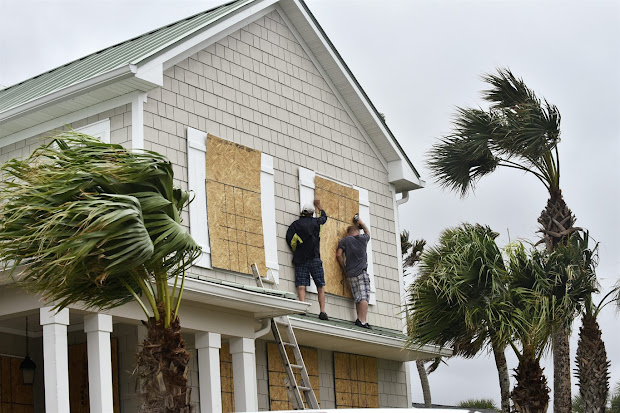 AAdded Bonus for Florida People:  The counties GIVE sandbags away during the start of hurricane season.  I get a bundle.  One per household.  With Sapper, and Wifey and My Driver's License, we get three every season, and I stockpile them.  That and sand.  Nothing like having GranBebe fill up a few bags for grins n giggles. She literally loves filling the bags... free labor Aye?
It's having multiple fire extinguishers... not the lil ones but the 5 and 10 pound genuine "Holy SHIT it's on fire!" type of extinguishers.  The ones you can get reloaded after the first time yer Flammenwerfer goes haywire, and yer buddy has to hose you down, and the yard, and the dog... <sigh> 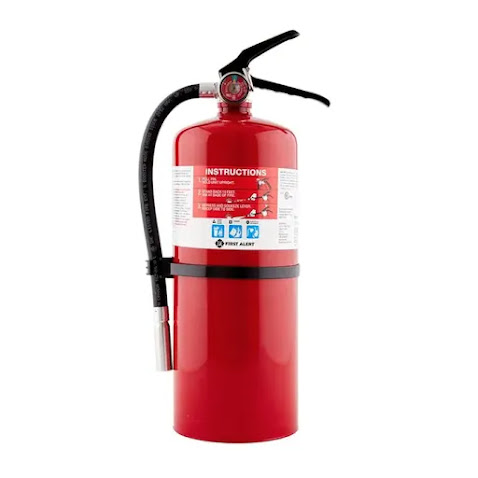 If you can't afford them, they tend to be around a lot of municipal buildings... you know... the places that currently stole our vote and rendered the Constitution null and void, but I wouldn't suggest anything illegal.  Nope... just a re-allocation of Taxpayer Equipment.  And the bonus of wearing full face masks and gloves bears fruit... jes' sayin'
It's knowing your neighbors.  I'm lucky.  Serbian War Criminal is still on hand for now.  BibleLady sent cookies on Christmas Eve.  The Hostile Broken Farm Equipment I'm keeping and eye on....
I've also stocked Concertina Wire.
REAL dot mil grade Razor Wire.
Thanks to staying in touch with my guys from the Army Shop I used to work at. 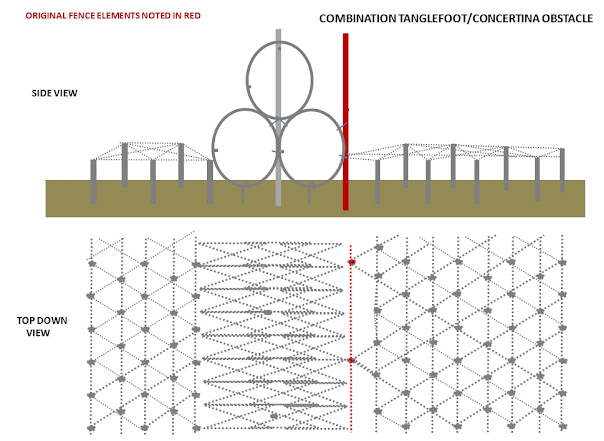 That and a roll of good old fashion Barbed Wire for running tanglefoot if needed.  Best use for that stuff is metal rebar or long metal tent pegs.  Secure one end of the wire at ankle height.  Lay out a pattern of the pegs to wrap the wire around... unroll and criss-cross alllll over the place with the barbed wire.  Do this on both sides of a triple stack of Concertina and you've got one hell of an intimidating and functional obstacle.  Me?  I'm laying it ALL over my indoor porch.  Lots of shit to secure it to, and if -someone- when shit goes sideways gets hemmed up and caught in it, that's a shewtin' under castle doctrine... especially if'n the dumbfuck is armed.
Another overlooked area that needs to be secured, and not many people realize it is the garage door.  Even if it's locked, a good prybar can lift it up, even if you lock the automatic opener.  Couple of pins or bolts through the rails can stop that shit cold 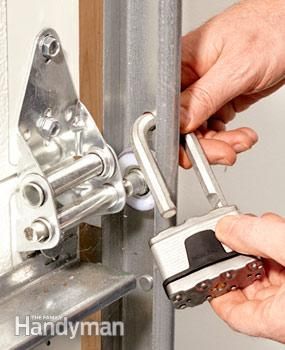 To me, the lock is overkill.  You want a u-bolt though so it can't be shaken out.  Locks are good, but what if that's the -only- way you got left to get out of your house?  You do not want to be fucking with locks while shit is going pear-shaped.
The other thing I have at my place to slow down someone trying to radically enter the garage was I bored three holes in the inside of the garage, 3 inches in diameter, and a foot deep.  I lined it with PVC tubing.  Then I got 4 foot long steel pipes, filled them with concrete, and let them dry.  They weight a fucking ton, but once dropped into the holes, ain't nothing but a fucking tank getting through that door.  Might fuck the door up, but it'll ruin anyone trying to run a car inside that route.
Other things to think about.  If it goes absolutely "Walking Dead" stupid... as in LMOE (Last Man On Earth) meaning everyone has either forcibly evacc'd, bailed or left, you can assist yourself by making the house look like somewhere no one wants to be.  Biohazard signs.  BIG biohazard signs.  Quarantine signs.  Also, research your local emergency services "tags" for buildings.
This is normal here in Florida.  The local search and rescue and Sheriff round here have 'codes' they spray paint on the garage doors showing that the house has been searched, if dead bodies are inside, or if there are hazards.  Good thing to know as 'tagging' your own crib might keep both the authorities away, as well as any bandits.  Of course its a judgement call either way.
Also, reinforced steel doors are good provided you reinforce the frame  Otherwise it's just as easy to blow the frame up around the door.  Cattle Bars and loops on the door to slow them down as well.  Lots of shit you can find at Home Depot to assist with this stuff.
Whatever you do though, keep in mind the legalities of yer Area.  Punjii pits might sound cool, but the authorities take a dim view.  As well as landmines, and hell... just about anything.  Keep that stuff in the back of the mind when this is going down.  Also keep in mind that the kids in yer A.O. are probably going to be running around loose unless it goes full retard.  Until it does, the max you can do is got to be subtle and undercover IF possible.  You'll know if it's go time
So, hope that helps
Head on A Swivel
No One Gets Out Alive
This Shitshow is JUST Starting
Be The Gray Man
More Later I Remain The Intrepid Reporter
Big Country

Posted by BigCountryExpat at 5:24 PM