Not Much New in Nashville, Just More Intel Gathering

Greetings Me Droogs n Droogettes!
A goodly 24 more hours has past and hmmn.  Nothing new.  No "Message from Group X" delivered to the fuzz (leastways that they've told us) or to the Media, who'd kill to do a scoop like that in the "Bleeds/Leads" cycle of news these days.  Even the news of pieces-parts is subdued.  Nothing of substance.
No claims of "We did it" leads me to believe this was NOT Haj oriented.  Those fuckers gleefully take responsibility for attacks.  Especially on Christmas.  Also, another reason I don't believe Hajji did it is like no significant body count.  One possible KIA, and even then, Bomber or Bystander?  All the fuzz are accounted for.  I vote Bystander, Overlooked Homeless type one each.  Especially since there hasn't been (that we've heard) on TV yelling about their missing daughter/son/dad or mom who was out doing early morning PT in the AO.
Nope... methinks "Johnny Ripple" done went and got taken out by accident.
The news of the outage.  THAT is interesting. 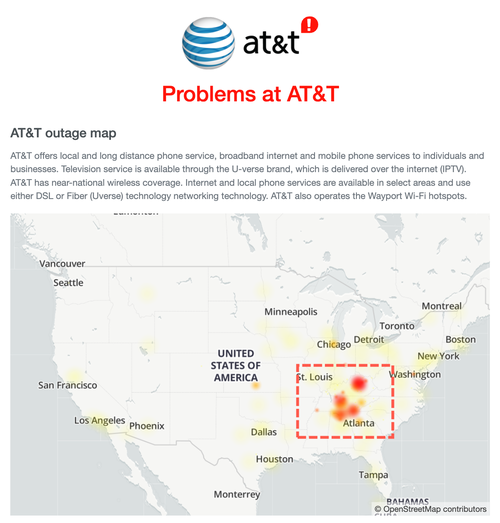 Now, granted in this day and age, re-routing this stuff can alleviate a lot of the load/transfer data issues.  However, this is just one hit
Imagine this happening, simultaneously at, oh say Atlanta, Tampa, Dallas, Chicago, and Houston.
Probably effectively shut down comms nationally for quite a spell
Matt Bracken stopped by on here and pointed out the facts of ANFO bombage.  BTW Thanks for the correction...AN not AM... this's what happens 14 glasses of Eggnog 'fortified' with a quart of good booze'll do ya)  We both agree, no significant crater, VERY 'directional' and I had never heard of the Cuban Dumpster Bombs so to speak... VERY enlightening to get his professional view.
So, I have to laugh at a few things...
Seems the Mayor got caught laughing on film like right after, and he's getting torched about it.  Now, IMO, I think that wasn't laughter the way it's being portrayed.  I think that's a borderline hysterical laughter... like "OMFG!!!"  I've had the mad giggles a couple of times after some very close calls.  As in the shrapnel -grazed- the KPOT and cut the fabric of the cover...  The "Holy Fuck I'm Alive" madman giggles... I personally think watching the Mayor, and he just found out that No, a bunch of his people didn't get vaporized on his watch, that he's literally overjoyed.  That sort of black mark can really fuck up a politicians day.  Especially the local guy.
Also, the conspiracy shit already flying.  This one: 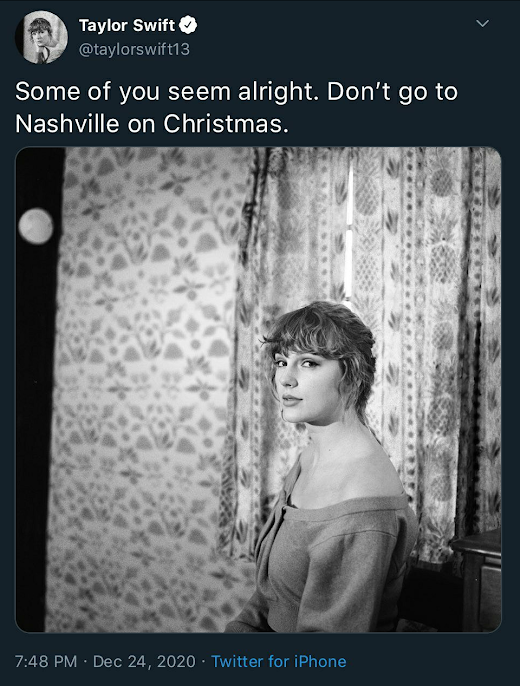 Supposedly a deleted tweet from some nonentity.
Heard it's a fake
Who knows?
Who cares?
Stick to reality, it's weird enough than to buy into the Trolling
And I'm not buying the "Dominion is owned by a guy who knows a guy that works at AT&T and is part of Soro's League of Humanity and the Masons have a temple four blocks over that coincides with the Grand Alignment from a few days ago..."
There's enough weirdness as I said... no need to break out the tinfoil...
And this one here has oodles of weirdness.
Like, I and my fellow consultants are like... Most Polite Terrorism EVER.
Who does that?
The League of Polite Terrorists?
Bowler Hats, Ladies First and "Oh! Awfully sorry, we're blowing up this neighborhood, please evacuate!  There's a good chap."
Verry Verry Pinkie in the Air Mad Bomber
Tea Time with Ted Kazinski eh wot?
Seriously though, this's for the books.
They're as of this writing, trying to say the Cops -might- have been targeted.  Now, that doesn't make sense as whoever did this had the warning playing, and obviously weren't fucking around.  For that matter, I have a hunch that the cops probably got a good look inside that thing.  I mean lets face it, Sapper n me Wargamed it after I poasted last night.
Setup:  It's the end of the overnight shift on Christmas Day.  Probably 8-10 cops on duty period city-wide.  Not many evildoers running around.  Quiet overnight shift with mad OT is why they take it.  Close to shift change they get a call of a shooting on 2nd.
Dammit... I was going home soon was the thought process..
They roll 3 cars... 6 of the manpower just in case
They get there, no shooting.  Start sniffing around when they hear "If you hear this, evacuate immediately".  It's coming from an RV playing a recorded message and music on a PA system.  Officer Smith goes over c-a-r-e-f-u-l-l-y to look-see at the RV... got his piece out and is looking while you back him up... he probably looked inside and suddenly turns, Yells, "Get the fuck back, call EOD and start evaccing the neighborhood!!! NOW GOGOGOGO!!!"
Which is how I think it played out.  They ain't talking, but I'm sure one of the cops got a good look inside and lost his shit... my bets is it was wired up, rigged to a fair-thee-well.
They done did good, I'll give credit where credit is due.  They didn't pack and run,. they stayed until they actually got caught out.
Now, another comment that someone poasted was about Heinlein's "Thirty Second Bomb" and yeah, me n Sapper keep coming back to that too.  For those not in the know:  The original book Starship Troopers was not the dreck movie... it's a pretty good sci-fi with some serious militant outlooks and commentary that was satirized in the movie.  Nevermind the politics, in it towards the beginning, the main character, Juan Rico is on a raid.  He uses a lazer to cut open a building, races in and runs into a pile o'bad guys.  He throws a very specifically designed bomb into the room that was made for this raid.
It's essentially a talking hand grenade.
In the language of the bad guys it starts yelling "I'm a thirty second bomb! I'm a thirty second bomb! 29, 28, 27..."  I believe the quote was "It was supposed to frazzle their nerves.  I know it did mine.  Kinder to shoot a man."
And I keep coming back to this.
Because it's damned near the same thing.  Great Psy-op stuff.
Gonna be watching this one.  Grab the popcorn.
More Later I Remain The Intrepid Reporter
Big Country
Posted by BigCountryExpat at 12:07 PM