I Wonder....Things that make ya go HMMN UPDATED

Greetings Me Droogs and Droogettes
Was reading over the news and whatnot and saw a few interesting things that piqued my interest.  One of them was the couple of days old intel about Trump pardoning those Blackwater guys. 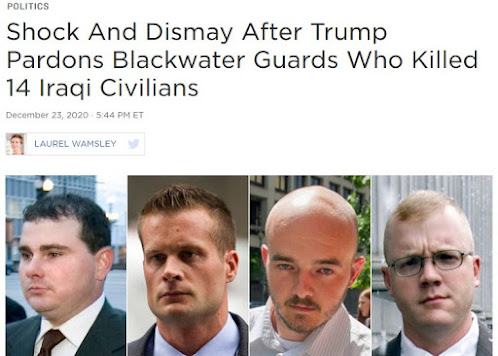 Now, I was there when that shit went down, not on the scene but in Baghdad, and I can't tell you the truth of the situation.  I -do know- that when it went down, it was a 'meh' moment despite the HYPE the media is trying to make of it.  In fact, even in Baghdad it was "14 people got shot?  Oh you mean Tuesday." sort of thing.  It. Wasn't. That. Big. A. Deal.
Until Obamamessiah got involved.
Apparently shooting in self defense at his co-religionists is a "No-no"
Soooooo
Heap Big Smoke, with media approval, and these guys got ganked like a motherfucker.
Now... what I heard was that Raven 23 came under a 'drive by', and these guys, along with 3 others, went 'Mad Minute' and smoked a shit-ton of Hajiis.
Innocents died unfortunately, but, such is the nature of war.
Fact remains that somehow these 4 out of 7 shooters got fried, and this out of a total of like 19-20 guys who were there.  How they came to this conclusion I have -no idea- and the J.E.F.F. team I knew didn't tell me... those were the Joint Expeditionary Forensics Force... think CSI in a combat zone.
Either way, fact remains that the prime evidence against these guys was the word of the Iraqis who didn't get shot.  That on it's own should have disqualified any meaningful prosecution, as the Haj'll lie to an Infidel all day long if it means they can fuck them over.  In fact the Koran calls for it as sacred duty, so any Quote "Sworn Statement" Unquote from a haj is automatically suspect.
But
Obama wanted these guys locked up, ergo, One World Class Railroad coming up.
Complete with the appropriate media circus
So, my point.  Why did Orange Man Bad free these guys?
I mean, odd pick IMO
Forgotten as far as I had known
Sooooooooo
Now, this's me, no one else has brought it up anywhere.
I still have doubts that Trumps gonna do anything.
BUT
We know for certain that he doesn't have the dot mil backing him
We know the DoJ is completely corrupt
We know that every. single. DotFed. agency. is utterly and completely compromised
So, say your the Prez, who's back is against the wall
Yer up against like everyone.
And your Secretary of Education Betsy, comes to you and sez "My brother might be able to help."
Her brother?
Eric Prince, CEO of Academi, a.k.a. Blackwater 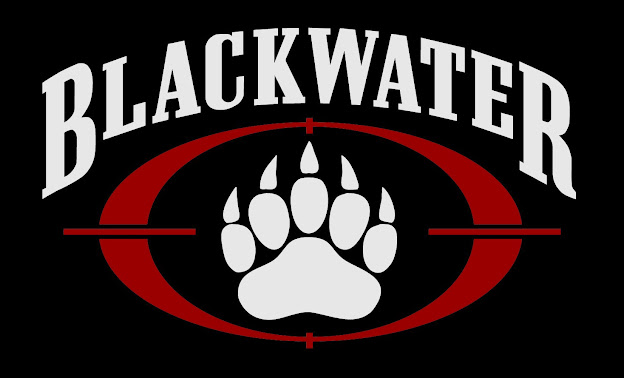 Those are his guys who got fucked.
He got fucked too
And there ya go.  Who do you call if you need some Hard Motherfuckers with zero compunction in pulling the trigger, who for the most part bleed red, white and blue?
To quote Ving Rhames: "I'ma call a coupla hard, pipe-hittin' niggers, who'll go to work on the homes here with a pair of pliers and a blow torch. You hear me talkin', hillbilly boy? I ain't through with you by a damn sight. I'ma get medieval on your ass."

Only time will tell, but the FBI and even their vaunted HRT Team wouldn't want to go and 'play' with a security force like that.  Most of the guys I knew were former Delta, SOG, DEVGroup... the real deal.
Hell, the FBI-HRT has only really been good at executing unarmed women and children, so there's that.  I sure as fuck, even on my best day wouldn't fuck with guys like those Blackwater doodz.
And if they showed up, Federally Deputized to Arrest everyone?
Any sign of resistance to be met with MAXIMUM FORCE
OMFG I'd laugh my ass off.
I mean there has to be a reason Trump freed these rando-guys... I mean of ALL the people unjustly fried by the Mad Muslim Pretender, these particular guys?  Not that -they- are probably up foro any action after the time in stir, but Prince?  The rest of his guys?  He now owes Trump a solid for this one.  And I've noticed it's gone very quiet on that side of the contracting sphere.  Makes one wonder...  New math and all that Aye?
UPDATE:
Gotta clarify to those people who think that "Oh, Blackwater or whomever, they're nothing compared to the DotMil and yaddayadda!"
Let me drop some knowledge on ya
They're a really large force.
At LEAST a Battalion size element of just shooters
Fixed Wing Capabilities
Rotary Wing
Boats
They ain't playing
The fixed and rotary wing?  Armed to the fucking teeth
See the M134 poast re: the dual mounted Minis they have on their Hughs 500 "Little Birds"
Just like Delta.
IF, and only if Trump was to do a radical departure from the norm, as is his wont, this'd be a pretty good play.  My 2 cents.
Jes' Sayin'.
So, that's my one Mind-Flow for the day...
Thoughts?
More Later I Remain The Intrepid Reporter
Big Country
Posted by BigCountryExpat at 12:14 PM