Greetings Me Droogs and Droogettes
Sunday Training.  I know I was promised  a day off... but we're running out of time.
Today's Lesson:
OPORDER Intel time
The OPORDER is the Operational Order for a specific mission.  This is a absolute for knowing how to plan an Op.  Bubba sayin' "lets go shewt some con'griss critters" ain't gonna cut it.  The OPORDER I'm putting in below is abbreviated for PATCON methodology.  Bold faced are explanations of my limited knowledge base... that being said I'ma trimming it down a bit.  Not much call for Higher Medical, or Religious Services pre-mission 'ceptin' "Oh GAWD don't let me git shot again."
Getting shot hurts.
Ask me how I know
So... here we go down the Rabbit Hole:

1. SITUATION.
a. Area of Interest. Best described as where and what yer doing or planning on doing.  In this case "DemonCrats illegally overthrew the election, and it's time to stop them"
b. Area of Operations.  Could be anywhere... in your Area of Operations or Outside
(1) Terrain. City/Country... depends on where you plan on hitting
(2) Weather. obvious here
c. Enemy Forces. Federal agents and Police, from State to Local
(1) Composition, Disposition, and Strength. Figure a Fuckton
(2) Recent Activities. Eating donuts, collecting tax revenue, lots of ass and ball scratchin'
(3) Locations and Capabilities. Depends on Type and Location. Local fuzz tend to be less professional but quicker to the gun so to speak.  Feds tend to talk a lot and rely less on the gun that the concept of fear of the Feds to keep the plebes in line.
(4) Enemy COAs (Courses of Action). Hell's a-coming, and the smart one'sll step aside
d. Friendly Forces. NO ONE 'cept you n'yers.
(1) Higher HQ Mission and Intent. Kill 'em all, let God sort 'em out
(2) Mission of Adjacent Units. Same as above
e. Attachments and Detachments. Unless you've co-ordinated with other units of your cell, this'd be deleted.
2. MISSION. A concise statement that includes the Who, What, Where, When, and Why of the operation to be conducted.

3. EXECUTION. Time to play
a. Commander's Intent: Commanders intent is to infiltrate during disruptive periods in situ, utilizing camouflage and false flag ops. Once in place, utilize a maskirovka to eliminate HVTs and the like. Confusion and Chaos
b. Concept of operations. ALL self explanatory.  'cept ADA,, unless the local fuzz have a helicopter with F.L.I.R. which then it becomes an issue to plan for.  Think ahead.
(1) Maneuver.
(2) Fires.
(3) Reconnaissance and Surveillance. Personally, I think this should be higher on the list... YMMV
(4) Intelligence.
(5) Engineer.  Who brought the dynamite?
(6) Air Defense.  Local fuzz got a Bell JetRanger with F.L.I.R.?  Know how to shoot one down with small arms?  I do.  If not learn now.
(7) Information Operations.
c. Scheme of Movement and Maneuver. The "HOW" of it all
d. Scheme of Fires.  Self explanatory... who shoots and when.
e. Casualty Evacuation. Hopefully not needed
f. Tasks to Subordinate Units Who's pulling drag?
g. Tasks to Combat Support. A LOT of this should have already been planned and baked into the cake.  Graves reg and Religious services were under this, and deleted for brevity
(1) Intelligence.
(2) Engineer. We need more dynamite Bubba... what do you mean you forgot the fuzes and caps!?!
(3) Fire Support.
(8) MISO (Military Information Support Operations, formerly Psychological Operations or PSYOP)
This one deserves its own category.  PSYOPs is useful to demoralize the enemy... who live among us... torching their car, skinning their cats... leaving dead pig heads on the front porch... all -great- PSYOPS.
h. Coordinating Instructions.
(1) Time or condition when the plan or order becomes effective. When
(2) CCIR (Commander's Critical Information Requirements) Who
(3) EEFI (Essential Elements of Friendly Information) Any friendlies out there?  Don't want to shoot the wrong folks
(4) Risk Reduction Control Measures. Same as above.  Know who yer shootin' and make sure you don't have 'collateral damage' and what your backstop is... an Orphanage is -not- a good backstop... jes' sayin'
(5) Rules of Engagement.  Shoot anyone who you target.  Preferably multiple times, accurately
(6) Environmental Considerations.  Buzzards gotta eat, same as worms.  Fuck the enemy and the environment.
(7) Force Protection.  WATCH. YOUR. BACK.

4. SUSTAINMENT.
a. Logistics. Boolits beans n boots
(1) Sustainment Overlay. Where you stashed shit
(2) Maintenance.  Keep yer shit straight and have spares if you think it's needed.  Batteries and firing pins are what I -always- have on hand... especially since I had the tip of a firing pin break one time... that was enough for me.
(3) Transportation. Bubba's pickup or your hoopty?
(4) Supply.  You need it, you carry it
(5) Field Services.
b. Personnel Services Support. Ain't no H.R. where we're going... Angels fear to tread where we're goin'... jes' sayin'
c. Army Health System Support.
(1) Medical Command and Control.  Who's yer medic?  Is he trained or a poser?
(2) Medical Treatment.  Got betadine and bandages?
(3) Medical Evacuation.  Git the fook oot time... come up with a good story on why Bubba got a gut-wound.

5. COMMAND AND CONTROL.
a. Command. Me... D'uh!!!
(1) Location of Commander. .....(...).....
(2) Succession of Command.  I'm dead... who's in charge?
b. Control.
(1) Command Posts.
(2) Reports.
c. Signal.
(1) SOI index in effect.  Not much for comms.  I like hand signals and line-of-sight.  Infantry do it better w/out ELINT possibilities
(2) Methods of communication by priority.
(3) Pyrotechnics and Signals.  Got flares and smoke?
(4) Code Words. MUST HAVE
(5) Challenge and Password. DITTO
(6) Number Combination. Maybe... don't want rokkit science confusin' Bubba
(7) Running Password. MUST HAVE
(8) Recognition Signals. self explanatory
So... that wraps that pile of Shytte up.   Man... ye olde fingertips are sore as fuck... 'specially since I worked on the Putt-Putt today and got me some mean assed cuts on my hands taking off old plexiglass window trim.  Cut da fuck outta me fingers... didn't need stiches but it was a close thing on one... fucker bled for 4 hours til I finally got pissed and busted out the Quik Clot. 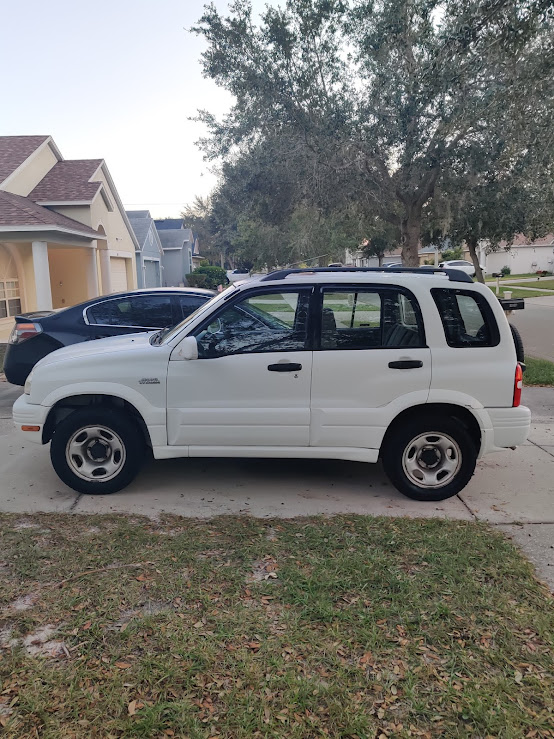 Fuck it... that's what it's for Aye?
And yeah, that's the actual Putt-Putt.
So man... soooooooo tired of this world.  Gonna fight, but I'm sorry and sore today.  Haven't been physical -at all- lately I'm ashamed to say.  No painkillers from the VA this month... zero opioids makes for a very exhaustive day just dealing with chronic spinal pain and such whatnot.  Walking purely sucks... hell... breathing hurts.  But, I was Infantry... a Rakkasan.  Suck it up and drive on. 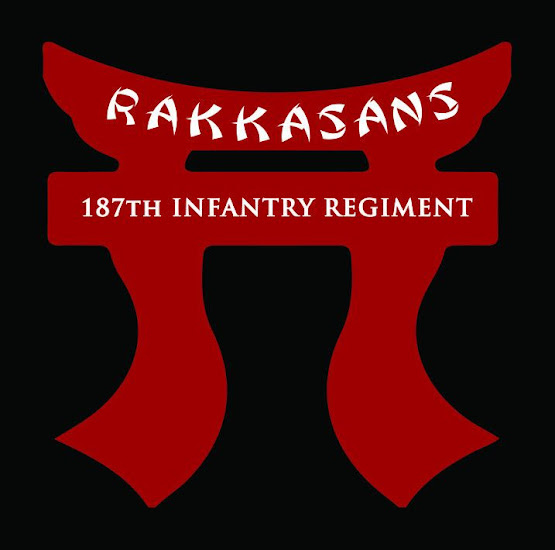 I'm sort of kinda intentionally getting the monkey offa mah back, not that I'm actually addicted... Been a few weeks since my last pill and besides the initial nausea that comes with withdrawal, I have never had any sort of 'common' addiction issue.  I'm lucky like that... in College I went thru the weed phase, the blow phase, the 'trip' phase and when I was done, I literally just stood up and 'walked away from the table'... Sapper is amazed at that.  That and my 'hollow Irish leg' for booze...
That's not addiction, that's purely cultural enrichment and pleasure at my ancestry.
So, per another reader, who reminded me on my protonmail of the Viking Death Chant.  It's attributable from "The 13th Warrior" w/Antonio Banderas.  HOWEVER, this being a historically accurate A.O. (I was a history major, I do my best)... the historian Ibn Fadlan wrote of it in 921 A.D.... so he had THAT going for him:
“Lo, there do I see my father.
Lo, there do I see my mother,
and my sisters, and my brothers.
Lo, there do I see the line of my people,
Back to the beginning!

Lo, they do call to me.
They bid me take my place among them,
In the halls of Valhalla!
Where the brave may live forever!”
As I've said, Learn this shit.
As Concerned American sez "This will be on the final exam."
Keep yer head on a Swivel
Local Local Local
Intel is Best
Second Sucks
Be the Gray Man
More Later I Remain The Intrepid Reporter
Big Country

Posted by BigCountryExpat at 11:11 PM