Greetings Me Droogs N Droogettes
Getting into that seasonal spirit donchaknow? 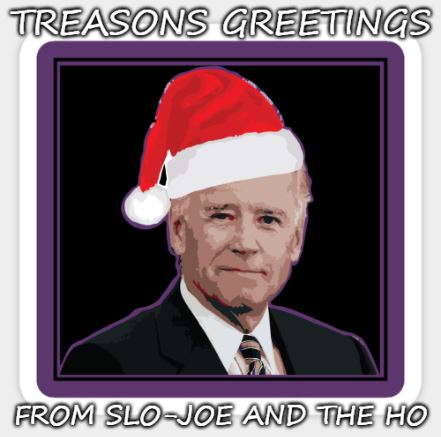 Feel free to use it...
So, it -is- ostensibly the Christmas Season
Not that I have any extra monies laying around.
Wifey headed out to Tennessee this early fuckin' A.M. to see GranBebe #2 and get the lo-down of Dumbfuck and Dumbbunny.  We shall see.  But hopefully she doesn't break the bank on the trip.  I just had to shell out a grand-and-a-half unexpectedly to cover the collapse of my fence.
Totally brainfarted, so's my fault.  The fence delineating the property line from ChurchLady, my elderly neighbor, well... it's old... as in as old as the crib.  And, despite it being weather-treated, it was on it's last legs and I didn't even know it.  I avoid the side yard because of snakes and critters, not that I'm afraid mind you, but also because ChurchLady is really particular about her privacy, so I rarely if ever walk the property line.
The fence, of course took a GIANT shit this week.
Right before what should have been a great Christmas.
Every year since the divorce, monies been tight.  Not that I have any right to bitch, but I will 'cos dammit.  This is the sort of timing that sucks.  I mean one. more. month. and it'd been fine.
Dammit.
But, thankfully I did get almost everyone their one BIG gift before ye olde banke accountant shytte the sheets.  It's just annoying and it also means the mortgage payment has to be pushed to the next paycheck.  Not a BFD... just annoying.
Which brings me to the question:
What are others doing?  I mean it's been what? Since April? March? since the dot-gov threw minimal shekels to the goyim, (while sending a HUUUUGE check to Israel, jes' sayin')... a miserable $1200 as I recall, and both Sapper AND Wifey didn't get theirs due to prior shytte.  If it wasn't for my dot-mil-ret and my job, this whole shebang would have shit the bed months ago, as I haven't had any assist from any of MomUnit in quite a spell.
So, as I asked... what the hell is going on?  Couple of guys over at Sovereign man said that at the end of the month, all the rules and COVID bullshit on mortgage payments, no evictions and like everything is expiring.  Now, mind you I personally took advantage of all the deferments I could at the time.  Made sure that the type of program I did was the 'add it to the end of the loan w/out penalty' deferments.  Yeah... extended the loan by a few months but, barring bullshit, I'm A) gonna sell this place in the near future and find a hidey-hole, and B) Kept paying when I could either way, which kept stuff 'in line'.
Got a $ donation?  Used it on bills.
Between Wifey's occasional work as a Hair Diva nonpareil, and Sapper's occasional employment, we kept our heads above the waterline.  Which of course means that right before Christmas, Loki or whatever Chaos critter is out there hadda throw me a loop.  Not a biggie
BUT
Dat me.
Others?  Whoo Boy. 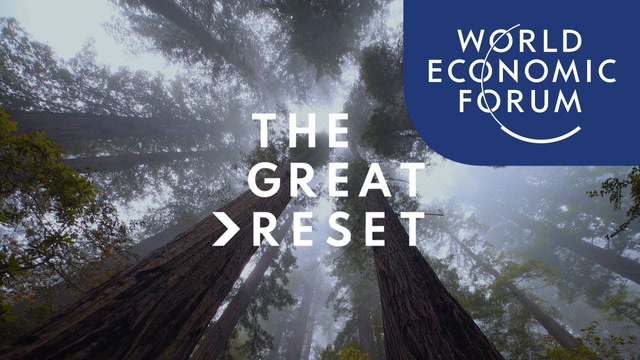 I mean "C'mon man!"
They've been open and told us the plan
You know, the one that sez "You'll own nothing and like it."
Hence why they ain't put no mo' moniez into the hands of the po' folk
The calculation I suspect, is based on the Kidsniffer Erect being aced out ASAP and the Kneepad Shrew taking over.  Followed by "White Supremacist AR14 Clingers" doing mass shewins'
Which, By-the-By... Noticed how those particular antics seems to have "Ceased and Desisted" during Orange Man Bad's tenure?  I mean there've been a few, but no more MK-Ultra stuff followed by a far hue and cry for massive disarmament.  Prolly part of the reason they hate Orange Man Bad so badly.  That is on top of the normal-normie derangement.
The thing is, and I'm -not- a believer per se BUT
The shit that goes on 'round here seems to be telegraphed way in advance.  Some of the more 'kooky' conspiracy websites say that the Satanists/Globalist/Flat Earthers whathaveyou play by a rule book of some kind that in order to do 'bad shit' a warning must first be given... that way if people don't do something to stop it, then they are either complicit or good with said-bullshit.  The most gregarious example I know of was that deck of playing cards from the mid 90's. 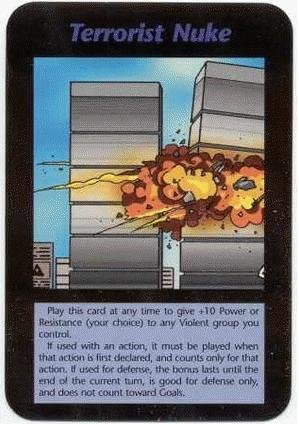 It was from a card game called, of all things "Illuminati" in 1994....
There are scads of other things out there... The Simpsons predicting a whole shitpile of stuff... you get the idea... hell... it makes it tough not to start believing it the tinfoil hat stuff....
However it -does- make for great comedy.
So... Yepper...
It's either that or we're all plugged into the Matrix with a cable in the head and one up the ass.  Not sure which way I like it... not the head-ass thing you sickos... more like do I want to be here in what passes for real-life with demonically evil motherfuckers pulling the strings, where I might have a say in my destiny?  Or plugged into the Matrix where some 'other' pulls ALL the strings and I'm just another NPC and it don't matter?
Metaphysics suck.
<Le Sigh>
Anyways... T Minus 4 days til total weirdness.  I'ma hoping nothing serious kicks off with Wifey out of town, but then again, out of the line-of-fire might be a good thing if'n it comes here.
Powder Dry, Mags Full
Head on A Swivel.
Watch Your Six
Until Later I Remain The Intrepid Reporter
Big Country 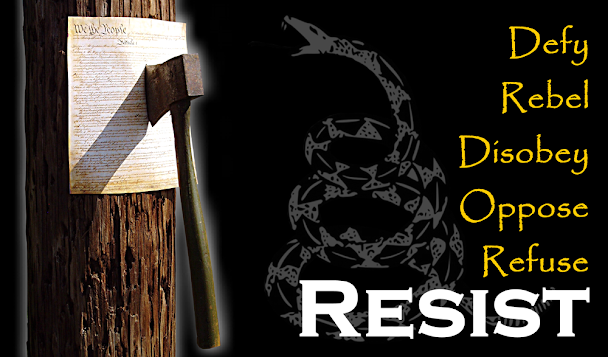 Posted by BigCountryExpat at 12:06 PM