Greetings Me Droogs N Droogettes!
Got me a belly full of bile and I'ma fittin' ta start swinging.
Been a productive day by most measures.  Took the headlight reconditioning kit (Cerakote natch) to the Putt-Putt.  However, on the way to doing the do, I hadda run to the Dolla Store.  My mistake?
Stopping at Mickey D's.
Long of the short, wasn't masked and told the LowRent Karen Minimum wage earner to go, get my food, "and fuck yourself hard!!!"  when she -tried- to get shitty with me about the Diaper Directive.
Normally I don't abuse the help, but I recognized the power trip this fat bitch was on just by body language and attitude.  So, I blew her the fuck up.
Damned if'n Joe Chinaman who I'd been talking to almost fall the fuck out with laughter... apparently he'd never heard the "Drill Instructor R. Lee Ermey" way of Talkin' to folks.
Blew the shitty weave off LowRent's head damned near
So, that set the 'tude for the trip so homeward bound I went... wasn't risking jailtime for dealing with the Dolla Store morons.  I recognized the murderous intent in my mind and when I feel meself grinning like a mad fool, it's better to go home than go to jail.
So, today's round up bullshit o'festivus.
Wandrea “Shaye” Moss, Fulton county electoral supervisor
and her MomUnit
Ruby Freeman
The "fuckers with the suitcases full of Biden Ballots"
Also known as "corpses-in-waiting"
Dead beeeeatchas sooner, rather than later.
Not threatening them,  It's pretty much a done deal.
Because ain't no way in hell  whoever paid them to booger up the election and dump almost a 180 thousand ballots into the Biden pile is gonna let them live.
She's a fucking dead bitch. 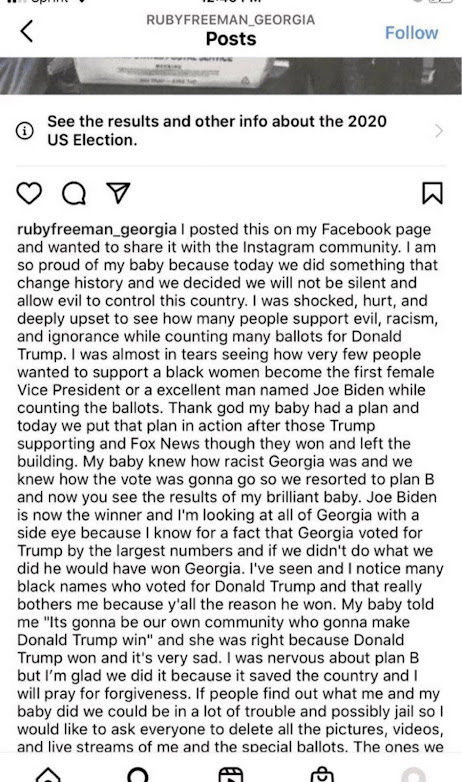 Especially since she posted that to instagram
Which has now been deleted.. the whole account... along with like her entire web presence.
And her and her daughter
M. to the I. to the A.
No one can find them
No denials
No tearful lawyering up.
In fact, seein's she already has a criminal record

As Top Popp sez "Someone's gonna diiiiie!"
And of course I fully expect them to blame "angry white militia member/Klansman" for being the trigger puller.  Even if they catch a Stone Cold Black-as-Coal Congolese killing them with a Machete, the media'll spin it that a White Hood-Wearing/MAGA hatter with an AR14 shot them with a 60 round clip.  "That needs to be outlawed."
See... I'm sure she did it.  Blacks, for the most part, have massive impulse control issues.  And females gotta female.  Cain't keep her damned ful mout shut.  Hadda put it on blast how 'stunning' and 'brave' they were/are.
Then they disappeared.
My rationale of their guilt is simple.
First thing they would have done IF there was even the slightest bit of doubt vis-a-vis their guilt, they would have lawyered up with a high-priced mouthpiece and started a Go-Fund-Me.
'Cept they ain't (thus far dat iz)
Methinks they -might- have tried to find a Johnnie Cock-run  Lawyer...
Except in this case? 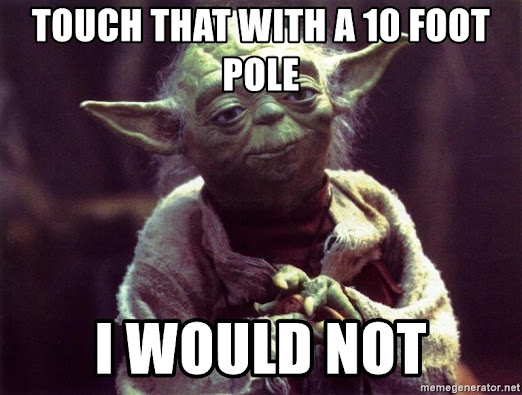 No lawyer knowing the basics of what's prolly gonna happen ain't too eager to jump on no frag
They're irredeemably scummy, money-whoring corrupt lowlifes, but they're for the most part not stupid irredeemably scummy, money-whoring corrupt lowlifes.
I mean talk about undeniable evidence?
Not that anyone and everyone is in on the fix
That's fucking obvious.
Dunno what was promised... but we're making a list here at Casa De Grande Campesino.
If (hopefully) it lights off
I have a cunning plan... 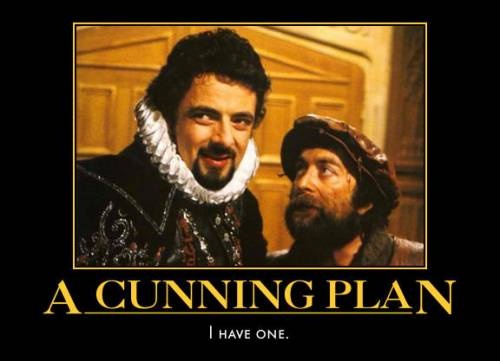 And I'll leave it at that
For now
Planning Phase is over
Logistics are in place
Equipment is in process
Once equipment is set, then it's literally waiting time
Operational "Go" is in standby
And, on that note... from Gab:
Which BTW yeah, I'm on there as BCE or BigCountryExpat for those wondering and also, on protonmail as Rakkasan101st at protonmail.com if'n y'all want secure(r) comms w/me.
Lotsa bitching about the gmail and me but ya gotta realize... even if yer on a watch list, it's informational overload... even with Quantum computing, they're gonna miss far more frequently
than they 'hit'.
So anywho: gotten with permission from Gab by ProGunFred:
"You're dead already!

It's the calm ones, the business like ones, quietly assessing, planning, measuring twice, those are the ones, when the trained and equipped among them start this fight then it gains traction. Maybe slowly, a little at a time, a Rittenhouse here and there, others willing to face life in prison and lose it all. Or a group with stage 3 or 4 something that have zero left to lose, but it will start.

It's not until you fully understand that you are going die, and all men are appointed once to die but after this the judgement (Hebrews 9:27), then, are you truly willing to live. There's scriptural authority for such statements. John 3 says that you are condemned already, a walking dead man, and it's not until you come into the truth, come into the light, that you see the evil that pervades all of creation and that it must be reproved.

Men love darkness, it's against our fallen nature to love the light and to love the truth, but he who walks in truth and in light can no longer stomach the darkness, this evil that permeates all things. Once you see light, you can't unsee it, you can't unknow it. There is no way that evil, and evil men will simply change their own mind and come to heel under direct truth and light. They must be lead, they must be willing, and it looks like this time, for the West, that it will be war again, and war for truth, light, righteousness, justness, another battle of light versus dark, good versus evil. There are too many who won't willingly see truth and accept light. They must be made understand that evil has consequences, and consequences in this life. That there are indeed intolerable acts, and ramifications.

You're walking dead man, live with that like it matters.

"He that believeth on him is not condemned: but he that believeth not is condemned already, because he hath not believed in the name of the only begotten Son of God. And this is the condemnation, that light is come into the world, and men loved darkness rather than light, because their deeds were evil. For every one that doeth evil hateth the light, neither cometh to the light, lest his deeds should be reproved." - Jesus Christ in John 3:18-20

Jesus isn't calling for war here, rather the opposite. When evil won't see peace, it's war whether you want it or not."

Gentlemen and Ladies
Prepare to defend yourselves.
Spicytime is upon us.
More Later I Remain The Intrepid Reporter
Big Country

Posted by BigCountryExpat at 6:07 PM