Battle Lines Are Being Drawn

Greetings Me Droogs and Droogettes
Never thought I'd see these days come.  To be honest, growing up in the 80's, down the street from not one but two MAJOR Soviet Nuclear targets, I figgered I was gonna get smoked by a nuke before I was 20.

Growing up 10 miles from Pease Air Force base, an nuke-armed over-the-pole SAC wing, and 14 miles to Portsmouth Naval Shipyard, where they rebuild/refit and could build Nuclear Attack Subs, we were point-on for at least a couple of city busters Ivan had.
DeadDad used to joke that we might even get a ringside seat as Ivan's guidance was dogshit, so we may just hear a giant >thud< in the back yard, and have time to see the Red Star on the side -right before- the flashbulb went off...  Humorous in his black humor fashion... we always knew when something was going on Internationally speaking tho.  They'd always flush the Refuelers (KC-135s) first in massive formations, followed on by the FB-111s back when they were still bombers.  Then the chase escorts...usually F15s.

Being that close to the airfield made for a LOT of jet noise, even that far away, and my house was on the 'loiter' circle, so's they tended to pass right over the house.  If they landed (they always did) then we knew shit was cool.  If they headed directly North?  Break out the steaks, grab Suzy from down the street to knock out one last bang, have a steak, a beer, and bend yer ass over to say Adios!
Never thought we'd see a Civil War.
Meteor Strike?  Possible.
EMP from the Sun?  Possible but unlikely.
Economic Collapse?  Most likely.
But Civil War?  Maaan.  Shows how far gone we are as a nation.
And it's not us.
I still have a belief in my Fellow Americans.
But these people?  The ones demonizing us?  For loving our country?
Love of Country does not equate to Love of the State.
Especially seeings how corrupt, evil and imbalanced it's become.  "All for me, none for you"... think that was a Twix commercial last year, and is pretty telling IMO.
Battle lines are being drawn: 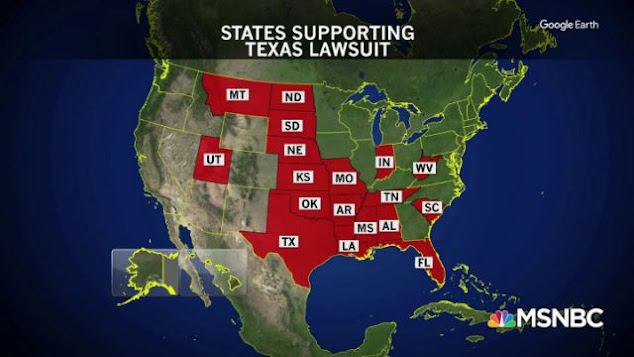 Georgia is out of it's mind if it thinks that it's people are backing this bullshit...
The Governor must be chugging Pepto at this point knowing they want him dead.
North Carolina?  Not surprised there... too many 'foldovers' who live and work in the District of Criminals and live over the border... they'll get theirs too.
Nope... gonna get ugly.  Most if not ALL the significant military power is in those states.
To include Da Nukes.
And then, between the 'supposed' stuff of C-130s flying troops around... I dunno.  Haven't heard a fucking thing in my ratline.  And trust me, my network is solid.  That and most of the Intel is coming from this fucking known whackadoo Hal Turner who makes Alex Jones look sane and sober and thoughtful.
THAT about sums up THAT particular source.  He's also the one talking about regiments of Chinks in Canada.  Good.  Whatevs bruh.
Now... Real Stuff?  The ATF is apparently getting frisky-er.  Just raided Polymer 80 saying the production of their 'total kit' is the equivalent of selling a gun. 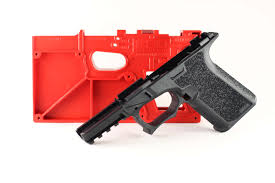 Don't know, don't care.  It's the fact that a regulatory Agency of the feds is making a serious play on something that yesterday and for months, if not years was kosher.
And now?
Not so much.
By fiat alone they're making this call.
Didn't hear no judge making no ruling lately, did you?
Unless they Star Chambered it, which I think they may have.  They were sure to place friendly press in the Wall Street Cage Liner about "ten thousand ghost guns have been recovered this year nation-wide in mass shootings!" they breathlessly reported.
Uh, bruh.  No they didn't.
Fucking trust me.. a Poly 80 takes some skills to put together.  Sapper is above average intelligence wise and HE had issues that I hadda help him with.  It's a one-shot learning curve that's costly if you fuck it up at $150-200 per frame.  Don't think a 90 IQ Deshonte or Ra'heemalot is gonna have the skills to pull that off.
So, yeah,
Get ready, 'cus this ain't funny.

So, the 'normie enemedia' is now saying "gun partz iz bad"
Which means buy MOR if you can.
I just looked for Poly80 Lowers.. ain't none since the news broke.
Oops.
So if'n y'all want to donate to the Bullet Bean and Boot/Buy Wifey a Poly80 fund, please do so LOL.  I won't complain.  Hell.. the new job is helping.  And the time-between-calls is when I work on these missives... why not do it on company time amiright?
More Later
Head on A Swivel
Batten Down Ye Hatches
Shit's Fucked
I Remain The Intrepid Reporter
Big Country 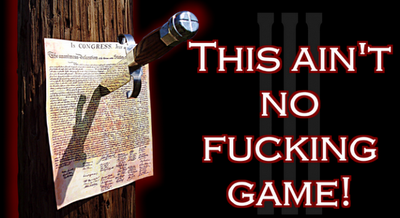 Posted by BigCountryExpat at 1:30 PM