Greetings Me Droogs n Droogettes!
Bit tired... didn't sleep well last night.  Went up to M&D to help Wifey out with the 'puttering' 'round their casa.  Didn't/Haven't gotten shytte done really.  I think is just a royal case of burnout.  I mean we started back in July with the drama from Wifey's spawn being in the house til Mid to late August, then something else, then something else, another fucked up thing and now we're on the continuing to take care of M&D and the Labradorous Rex, Guido the Dog from Joisey.
There was that one really nice interlude in St. Augustine.  Maaaan, what I wouldn't give for another vaykay.  I mean whooosh... The new gig goes well, training is boring AF as I helped originate the program, albeit for another Company back in 2015.  After said Company got caught with the corrupt hand in the corruption cookie jar, I gots laid off for quite a spell, and now, apparently I'm back.  Since I developed a lot of the baselines for this program, I already know whats gotta be done, the call handling, resolution, stuff like that.  All the corporate brain washing I tune the fuck out, and blog to y'all.  I set up one of the computers in line with and out of sight from the zoom chat, so I look like I'm taking copious notes and paying strict attention.  The trainer has -some- idea that I'm actually fiddlefucking around, b/c at one point I was installing that dust cover spring yesterday, and forgot to turn offa da camera.  My bad.  Dude PM'd me and asked and I told him, yeah, just fixing a small issue... we went back and forth, and he now wants me to build him a new poodle shooter after training gets done... Huh.  Unexpected but cool.
This job, this one I should keep.  As long as I -don't- have to interact with any co-workers.  Keep me away from them, the bosses, let me do my job unobstructed and I'll do jes' fine.
Jes' sayin'.
Onwards.  Part of my exhaustion is more mental than anything else.  I can see why people are just so OVER all this shit.  I mean I did my part ripping up "Blowboi Biden" and everyone else is on that bandwagon, minus the 'real' media.  I mean fuck,  whats the point at this point?
I mean been thinking a bit about some of the 'larger picture' stuff...
And man, the Q Folks, they're living on happy-gas.
The CoronaChan 'true believers' like Aesop are still pushing the Mass Diaper Mandate.
The Democrat Governators are still wanting MOR Power! to the point you'd think they were all Tim the Toolman Taylor wanting, nay demanding MOR.
The corruption is and has been fully exposed.  I mean there a literally a metric kilofuckton of stuff that still needs to see the light of day, but God DAMN if'n what we saw is a preview, then Hoooooleee Shiiiiiiiiiiiiiit.
I mean right now, despite ZuckFuckBorg's best efforts and whatizfuck Dorsey, the signal is still going through, and man... ain't like they haven't tried. 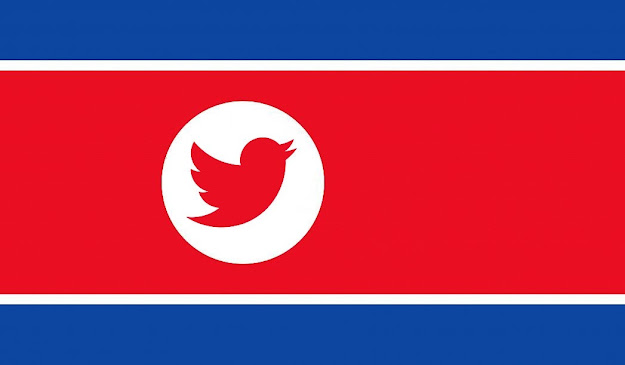 Un and his crew wishes he had that 'at a push of a button' ability to block shit.
So... where do we stand?
Same ole same ole.
Yeah, ain't no impact.
I mean there's a lot of outrage.  Completely valid rage.  Literally, the Vice President of the Untied States (no error) was literally utilizing his son as the bagman for international levels of skullduggery and eeeeeeee-vil.
And no one cares.
Leastways the motherfuckers ultimately in charge don't fucking care.
The more it remains the same Aye? 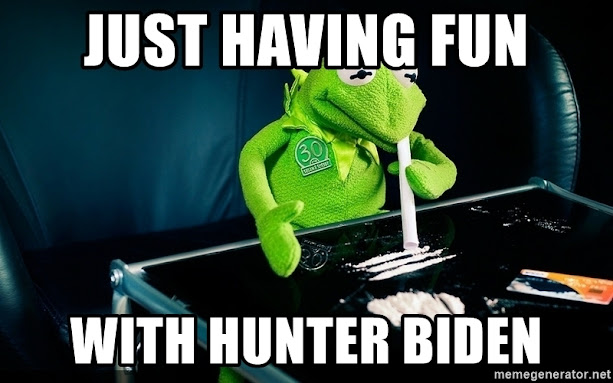 Then, to me, the thought process meanders a bit... I start to wonder -why- like everyone else in the world...
Why is there such a huge push to normalize full birth abortion these days?
Why is there a need to normalize pedophilia?
Why is there a 'willful ignorance/actively ignoring' our corruption in our Leaders?
Why is there a push to literally allow 13% (the blacks) full reign over us, whilst leaving us at their mercies?
The answers I came up with are my own, and obvious to me... and I'm prolly wrong about ALL of them, the quote "Never attribute to malice, that which can be adequately explained by stupidity?"
makes a lot more sense, but hoo-boy... What if?
What if they want to normalize the murder of newborns and such so they can 'come out' about the Adrenochrome?  What if they did ALL this shit to make it easier to just take off the mask and rule over us all?  I mean yeah -OBVIOUSLY- Captain Obvious, but why NOW?
What's the big fucking rush?  Another two generations and the world is fucked either way.
Is it that THEY have bought into their own bullshit about 'the world ending climate change" and they're worried that they're running out of time?  What's the rush?  They've, with a few million here n'there, including the majority of readers here... the "based woke folk" who inhabit reality for all its warts and all... the TRUE producers, deep thinkers and whatnot?  They. the ones in power have already won to a point... the 'normies' out there?  Shit.. brain dead drones for the most part.
I mean when I'm dead, I got one Spawn  who's got his head on tight.  The other?  Notsomuch.  I mean he doesn't want kids... at all.  The bloodline dies with him, but I won't guilt him on it.  Would LOVE to have a bloodline grandbebe at some point, but he and his woman have decided against it for now. Methinks eventually they -might- have a nipper, but... odds are I'll be tax free by then LOL.   I mean even the best thinkers have said that eventually, this planet, barring natural intervention (comet strike, Jellystone blowing... the usual suspects) that Humanity is in for a loooooong slide into terminal mediocrity.  A bland sorta-brown mid-level intellect with NO Blondes or Blue eyes as it's recessive as fuck.  A mélange of slight Asian epicanthic folds overriding the natural trad round eye...  The future is sorta kinda fucked.  But hey, did my part with my 2.0 Kids, and I got a great step Grandbebe that's a pure WhitNat dream in the genetics department.
But yeah, not down, not out.  Got me a fight left in me... I just wish we could get it over with as this waiting around, thumb-in-ass is getting old.
More Later I Remain The Intrepid Reporter
Big Country
Posted by BigCountryExpat at 8:53 PM