Greetings me Droogs and Droogettes!
So it's apparent now that Orange Man Bad is outta the hospital that the majority of Democrats are fucking insane.  Like not slightly cray-cray, but full-on balls out fuckin nuts. 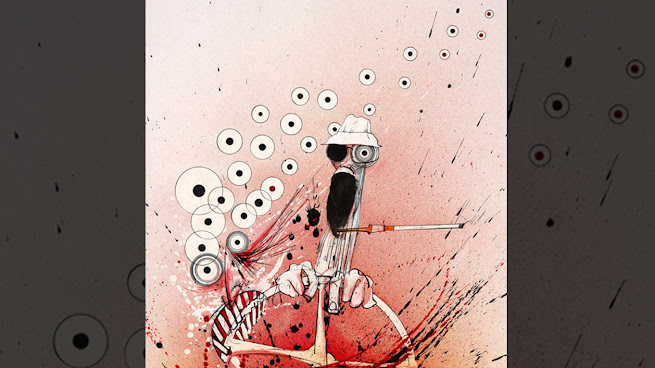 The usual suspects, especially that cray cray (((journalist))) from the Washington Post something-something Rubin... hooked nose psycho bitch apparently blew a few mental circuits and went of a full bore dirty whore whackadoo on Twitter ranting about the doctors, the hospital, the unmitigated gall of Orange Man Bad and whatever... 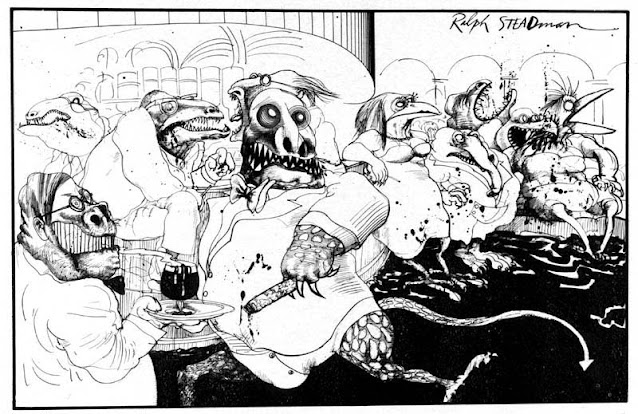 Yeah, she looks like this...
I won't post any of the rants, nor a picture of her ugly ass.  In fact just point blank, if her Twitter picture is considered a good picture of her...............
<shudder>
She could rent out that grill to scare children and small animals...
Jes' sayin'.
So, the dynamic I've noticed is the sickness that has become twitter.
"You'll  never see such a wretched hive of scum and villainy." 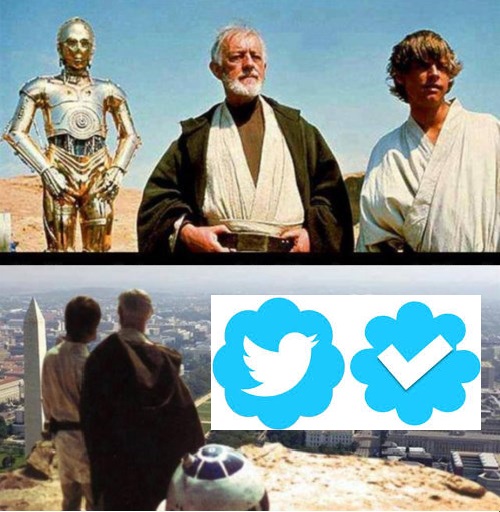 I mean do these people have family?
Because if -I- was acting this balls-out nutso, I would hope that my fam or at least close friends would fucking either take me aside and say "Step away from the tweets bro." or call for a fucking intervention.  The 'blue checks' are especially overly-gregarious in their non-stop flow of bullshit.  I mean I don't even unnastand how someone gets a 'blue check'...  I mean I unnastand the concept, that someone has a lot of followers, so ergo, they get 'verified' as impo'tant.  That being said tho, didn't they have some sorta scandal a waaaays back about "buying" followers?
Wifey asked me about doing that... buying followers that is... for her biddness.  Told her not just no but fuck no.  Typical broad behavior.  Thank God for the red pill... Just sayin' 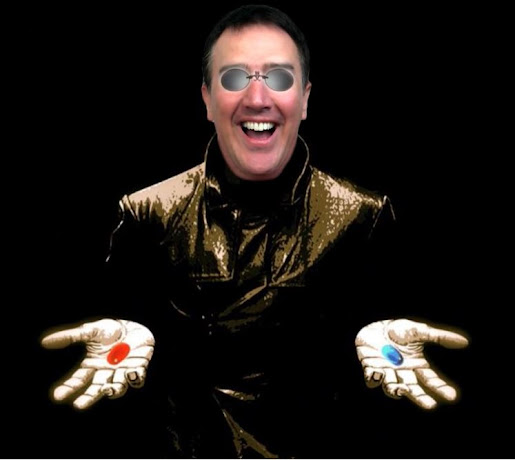 Its actually worrisome.
I mean just how fucking crazy is America?
It's a legit concern.  Especially if you consider yourself 'abnormal'... meaning if'n yer here, reading AND enjoying this, WRSA, Phil, Wirecutter, Irish... then by their standards, yer 'abnormal.'
The right term for US is "based".
I know I'm crazy by their fucking standards.
In fact, I embrace that crazy.
Unfortunately, for those of us who are the genuinely based/sane, we see the antics of our theoretical fellow unhinged 'Muricans, and realize that, sadly, eventually, we're gonna have to do something about them.  Theoretical in that they MAY have a citizenship, but in my eyes, its in name only.
The majority of them have no sense of civic duty in the normal, rational meaning and/or definition of the term.  The majority of them have never served the country nor given back.  And I most certainly do NOT count ANY sort of political service, outside of the Sheriff of an A.O. or some Selectman or Town Leader of the smaller duchies out there.
Politicians are in it for the money .  No more, no less.  They -might- tell themselves that they're in it to 'serve', but they're lying to themselves.  Politics are the refuge of the truly incompetent.  I mean Jesus, Bernie couldn't hold a regular 9-5 job.  Biden?  Fuuuuuuuuuuuck!  IRL If'n I had him as an employee when he was young, I'da fired his ass.  Incompetent, a inveterate liar, and general, genuine piece of shit.
So, what we got here, is a case of the insane Leaders, leading the rest of the Lemmings offa da cliff.

And it's not going to end well...
For any of us.
Between the number of 'head meds' people are on, and IF we have a major disruption in any systemic/Logistics deployment/delivery of these meds, Oh my fucking GOD.
I mean talk about an absolute worst case scenario.
I'm not even sure if that been averaged into all this 'National Civil War War-Gaming' that's going on out there.  And that's terrifying.  Mainly because about 40 million of our fellow Cit-tye-zens are on the crazy pills.
That's about 18% of the population.
That's antidepressants, antipsychotics, and the anti-anxiety meds.
I've been a few 'flavors' of them... the VA hands out pills like they're owning stock in the shit.  And almost every single one they put me on did the exact opposite of what it should have... with the xception of the Xanax (anti-anxiety) which I like to mellow out on occasionally, I don't take -anything- they 'recommended'.  Some of that shit makes me genuinely crazy.
So I can only imagine what happens if the drug supplies get cut off.
Talking to Sapper about it, the subject came up how we've never heard of any 'wargaming' involving adding the factor of the genuinely crazy and disturbed to the mix in a Civil War.
I mean it's one thing to have "Crazy Uncle Eddie" show up at the family reunion with a rubber chicken, it's another ENTIRE ball o'wax to have UNMEDICATED "Crazy Uncle Eddie" show up with a bunch of his crazy friends, a fire ax, and pissed off at you for not passing the gravy last Thanksgiving.
Sapper thinks that they prolly HAVE done studies, but don't want to freak everyone the fuck out.  It's bad enough out there with the current level of nutso running around without sleeveless sport jackets, it's entirely another thing to see what happens when, out of the 40 million out there who are (according to the reports, 1.3% of that 40 +/- million are dangerously disturbed.
That's about 5 million fuckin' potential "Heeeeeeere's Johnnie!" out there.
Lovely eh?
So, More Later, I Remain The Intrepid Reporter
Big Country
Posted by BigCountryExpat at 3:45 PM