Wow Someone has BALLS!

Afternoon Me Droogs n Droogettes!
Gotta hand it to Kevin McDonald over at VDare dot com.  He ain't pulling no punches in "naming the jew" as being responsible for all the chaos we're currently enjoying.
The whole thing is HERE
That gets him in my book the award of:

And man, if it's TL/DR for you, the ecapsulation, in the man's own words is thus:

"Is the Trump impeachment a Jewish coup? It’s a dangerous question even to ask…

But undeniably, Jews have taken very prominent, very public roles in impeachment…In effect, impeachment is a project of the numerically dominant Jewish Democrat-voting Left, with the Jewish counsels for the Democrats questioning Jewish witnesses in House committees headed by Jewish representatives, and covered with breathless enthusiasm by Jewish-owned media outlets like MSNBC, CNN, and The New York Times."

The only surprise: that the Jewish role has been so public."

And man, he's dead on right.
Makes ya think.  I mean it's tribalism at it's finest.  McDonald breaks it down very specifically, and scientifically.  It's a non-complex read I highly recommend.
"And then one day, Hitler came to power, and no one could understand why?" 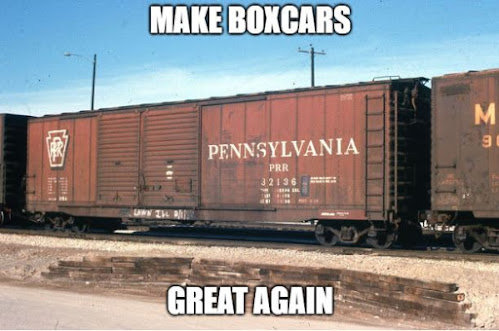 Yeah, the Jewish folks can push, scream, rant and rave about how 'oppressed' they are... God help you if you even point it out.  You get dogpiled by like fucking everyone.  ALL the races 'cept us whypeepo are allowed to push their own brand/flovor on everyone else.  It's the new diversity pie, everyone wants and gets a slice.

'Cept Whitey.
'Cause fuck them people.
"It's enough to make a white man join a social club!" That's a quote from Bryan, a former coworker of mine in Kuwait... we were the only two white guys on the team.  Everyone else was 'down with the brown' and man, they made sure that we knew it.  We never got invitations to any of the parties unless it was an 'all hands affair' put on by the company... we always got screwed over on our schedules, and days off...
Bryan one day said that to me after a particularly epic fuck over he and I got... we got shafted on something... don't remember exactly what it was, but we'd both had it.  HR was worthless, and all the white chicks were either lesbians and 'cool' because of their own 'vibrancy' or they were all flat the fuck out mudsharking.
Never forgot that quote... especially since he was a deep South Carolina Man from waaaay back yonder.  When he ever said it in that thick accent, and the bitterness in his voice, I immediately envisioned crosses burning and night riders man... ran a chill down my spine.  He was absolutely done with the bullshit.
They ended up pairing us for the remainder of the contract.  He flat the fuck out refused (as did I at that point) to work with -any- of those motherfuckers.  They tried to pair us with others, but we no longer co-operated.  When we worked together, we were a smooth operating machine that did the work of 5 or 6 logisticians.  Never a mistake, never a problem.  When they paired us off with 'others'... man, shit went sideways faster n'a motherfucker.
So anyways, more Later I Remain The Intrepid Reporter
Big Country
BigCountryExpat at 2:10 PM
Share