Greetings Me Droogs and Droogettes!
To be honest, I'm not about baggin' nor disparaging other bloggers... but man, Aesop over at the
RACONTEUR REPORT keeps rolling the CoronaChan 'scare numbers'...
His latest post, which I refuse to link is pretty much a constant "I was right!  See I was right!" about 'the numbers.'
It's sorta kinda pathetic.
I really liked Aesop back in the day.  Medical professional with really good insight as to how shit was going... and I'm talking about his Ebola Posts.
Then, Ebola turned out to be a wet fart.
So.... CoronaChan came along.  Hell yeah, from the early iterations I was fully onboard. 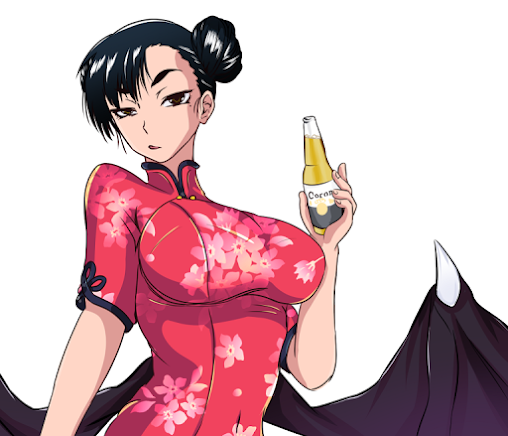 I was, IMO and as far as I can tell one of the earliest people to scream "Hey, this shit -might- be dangerous." I was yelling about it on January 23rd...here.
Since then, I've realized a few things.
It's total and utter bullshit. 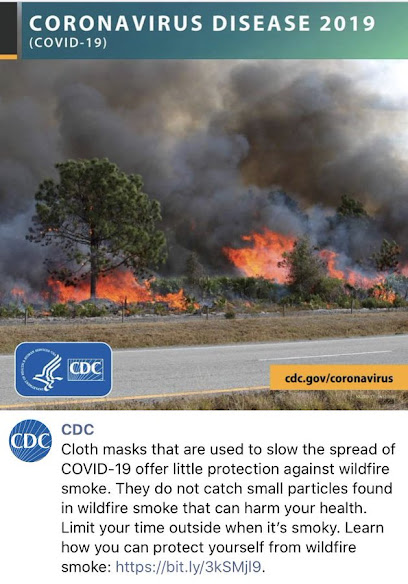 Shit like this proves that it's bullshit.
"...small particles found in wildfire smoke..."
Uh... a virus is like a milll-yun times smaller than smoke particulates.
It's about control.
It's about Orange Man Bad.
It's about over.
'Cause I no longer wear a mask.  At all.  Fuck those sheeple who do too.  Wifey still does because of the social pressure and her being a split tail, the wimmenz tend to 'go with the herd' whereas I'm an easily irritated and irascible fucker.

I also got the ass to back up to any joker who wants to get froggy.
The very few times I've had someone even look sideways at my unmasked mug, the glare I give them generally makes them melt into the floor... I mean I've been told by like everyone when I glare, it's like the focus of a thousand burning suns of hatred and loathing being burned into the target's skull.
I've only had to tear up one Karen, and let me tell ya, I mean I spoke of it here... that was fun.  Rarely do I get to use the old Drill Instructor voice... but when I do, y'all in Nevada can prolly hear me going off.
So yeah, kind of a bummer that Aesop keeps running it... I'm big enough to admit I was wronger'n two boys fuckin' with a third waiting in line.  CoronaChan is just a slightly more viral flu, and truth be told, I think the Joe Chink and his boys cooked it up, and let it loose because the Hong Kong Kids were starting to make serious headway in the freedom protests, and Trump was causing grief for them on the Trade Thingy.  They let loose a designer bug (that according to some sources say its way more potent to the Orientals) that locks down the country, kills off the oldsters and sickly (less drain on resources), and scares the ever-loving piss out of the rest of the world.  A plan that's been fully embraced by the Democrat Party.
If true, that makes 'em full on, full out traitors.
Time to make necks stretch.
More Later, I'm the Intrepid Reporter
Big Country

Posted by BigCountryExpat at 3:50 PM