Afternoon Me Droogs N Droogettes!
So, took a bit more, yesterday was a no-go due to rain AND a power outage.  Both of which sucked balls.  I decided to go out today between the torrents and get the vidya shot. 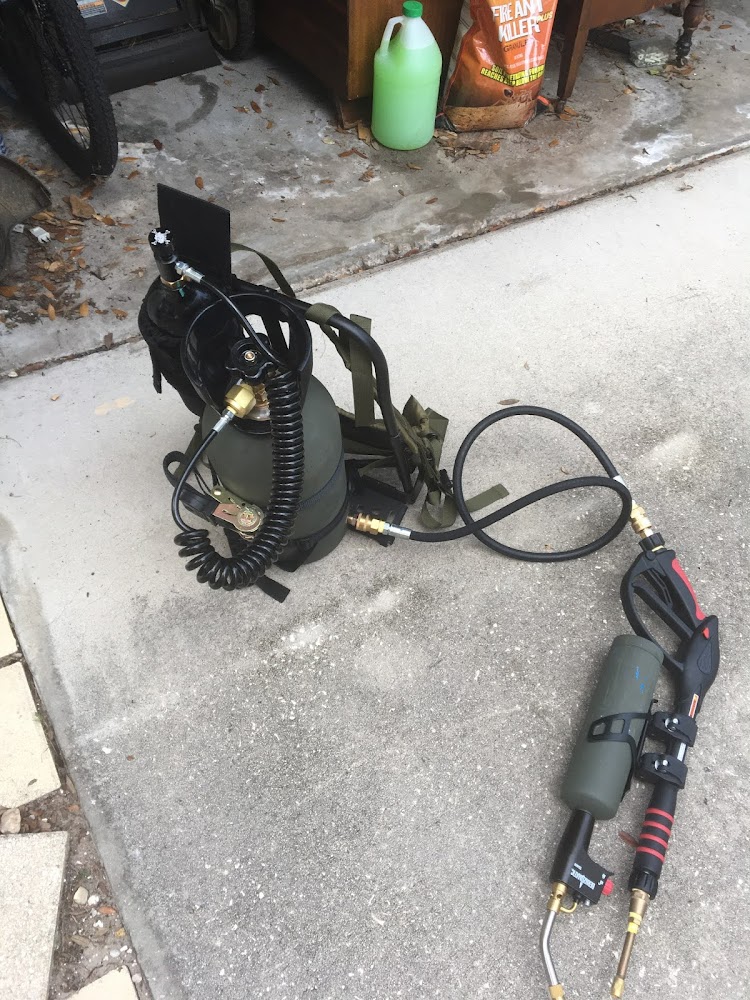 Set up and loaded the tank to 1/2... didn't want to overdo it, as this was a 'will it blow up and kill me?' test.  Pressure was great, and the tank only had a minor drip of gas where the gun met  to the hose... (think it was the 'getting seated' in thwe quick release)... a lil push on it, and it was gone, and stayed gone.
This time, I didn't bother with the nomex... this was a split-second "Hey Sapper, lets do this Bitch!!!!" as it's been thunder/lightening/downpour non-stop.
I done went and dood it tho:
Worked like a charm...
And did I mention I -love- the smaller model?
Lighter, (not near as much fuel) but mobile and -comfy- compared to the gorilla killer.
Then as this is  for a client, I did the obligatory triple rinse, last of which I had Sapper vidya so's you can see the loft of der flammen when it's werfin' with Napalm.
Now all thats left is boxing and shipping.
I'm sure my client'll be happy-happy.
More Later as I gotta git goin'
I remain, the Intrepid Reporter
Big Country
Posted by BigCountryExpat at 4:35 PM