So Far So Good So What?

Morning Me Droogs n Droogettes!
Sorry for the departure but it was a hectic and fun weekend over the memorial day holiday... extended oh-so much thanks to my still-not-sure-what-the-fuck-is-going-on-with Employer.

Sent them a nice email on Friday asking that they reconsider themselves and their "Yer Fired" attitude.  Did it nice and early in the A.M. and man, it must have been treated like a radioactive fart... 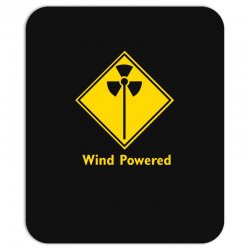 I got an almost apologetic email saying that they'd be having HR give me a reach out to get shit fixed, but thusfar, like the Bismark, it's been radio silence.

As in, from my perspective, they don't know what to say or do.

See, back in the 'land before time went weird' (i.e. pre-divorce)  I was a Supervisor of a Call Center.  One of many, but one of the most vocal and anti-pc people they had.  The fucking H.R. cunt, a BIG FAT anti-White Negress of foul humor and probably even fouler stench had it in for me from Day Zero and worked harder at getting me in trouble and looking for excuses to fire me.  Thankfully her attempts were so transparent that my Boss covered for me when he could... gave the man heart burn quite a few times (Sorry Bossman!) but in the end it all worked out.  Not that I'd swerve if the bitch was in a crosswalk... as in I'd swerve... but to hit her fat ass.  Shiiiiiiiiit... I'd drive up on the sidewalk to run her fucking ass over.  After making her run for a few blocks and give her the out of dying by land-whale heart failure.

So... sorry hatefest over... as I was saying... I know procedure.  There's a LOT of it if you shitcan someone.  A HUUUUGE pile.  HR has to be involved, statements taken, files filed, written and verbal counselling done...

None. Of. Which. Happened.

Ought to be interesting to see how they pass the buck on this one.

So... lessee... Minneapolis, Home of Police too Stupid to Be Police is on fire.  Good.  Fuck 'em.  Let it burn.  The Chimpouts will continue as long as Whitey lets 'em.  Put a couple of designated riflemen on the rooftops and pop a few skulls and that shit'd shut down faster than fuck.  Don't even make it official.  Zap the fucker in the grape and leave the corpse for the worms/vultures/flames... 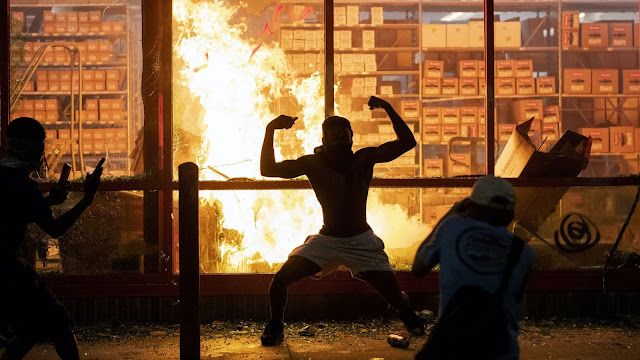 Dis fuckin' guy...  Imagine the look on those guys faces taking his picture if his head suddenly exploded from a 185 Grain 7.62mm and showered them with his grey matter?  Bet they'd head to the fucking house right then and there knowing -something- wicked this way comes.  After enlightening the yute above with a hollowpoint, IF and only IF he's there in the A.M., let the coroner pick up the Dindu and mark it off as 'unknown assailant'.  Wash rinse repeat.  See how fast anyone wants to go and play "Gopher" after that.

Same goes for the Cops.   Take a lesson in 4th and 5th Generation Warfare. 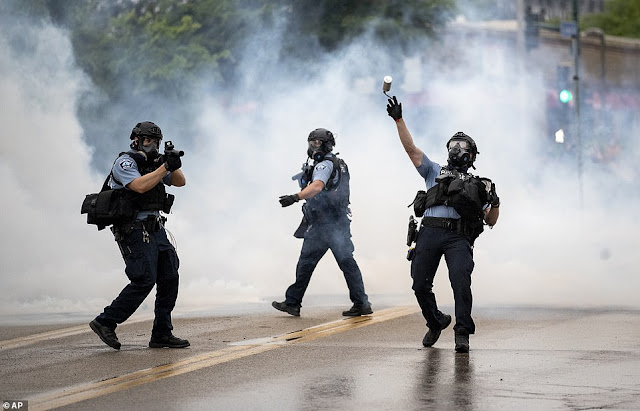 Two or three blocks back in this picture is a nice three/four story building.  Unknown if anyone -could- have infiltrated early, but if I were planning an Operation, I'd have pre-positioned shooters on rooftops... wait til the 'festivities' commence, and at the height of chaos, have the hit teams down 4-6 cops from behind.  Not necessarily kill shots either.  Kneecaps and balls, remove a lower arm with an elbow shot.  Crippling is better than fatalities.  Terror is the key.

I mean hell... I'd love to see these assholes, both groups rip each other to shreds.  It's been a looong time coming, and I'm on the sidelines waiting to see what happens next.

I will say, and completely agree tho, ALL and ANY businesses looted/burn/ravaged by the crowd?  Leave.  Take the insurance money and bail.  Turn it into a Ferguson Part Two.  Food wasteland.  Teach the locals what the payoff is for chimping out.

But they'll never learn.  Smaller Hippocampus and all sorts of studies show that blacks have less impulse control.. it's why they don't 'get it' when they've done something truly awful.  Or... they blame Why Pee Po... after all, it IS our fault that they're here.  Should've left them in their mud huts... anything would be better than what's happened...

Add on the skyrocketing salaries, pensions and administrative costs involved with running a Bureaucratic Police State, and we're fucking doomed.

The -ONLY- solution to the current cop issue is to make them personally liable.  Make 'em carry 'malpractice insurance' just like fucking Doctors.  No more 'sovereign immunity.'  No more taxpayer sheltering payouts from abusive swine.  Fuck 'em.  Let 'em pay... and if they can't get insurance?  Tough noogies.  LEARN TO CODE.

In fact I never want to hear the term "sovereign immunity" regarding cops... they ain't kings and they sure as shit ain't my Lord High Sheriff... more n' likely, they're small dicked bullies who got into being cops because they get their rocks off being bullies.

Reminds me of when the cops went on strike a few years back... think it was Jew York or some such urban shithole... cops stopped working and lo and behold...

Crime went down.  Like seriously down.  As in if I were in charge of that place, woulda told the swine, "y'all ain't needed... good luck in your future endeavors" and fired the whole fucking lot of them a'la Reagan and the Air Traffic Controllers.

Now, lastly... Tired of my black friends (yes I have some... mostly prior service military, who are NOT counted in this group) trying to claim how bad they've had it over the years and how Orange Man Bad has increased the risks...

I've gotten to the point where I just quit.  Like some guys I've known for years who can't get past the tribal skin thing...THATS what the problem is... and b/c of it, I'm going to do the tribal thing and stand up for myself, and cut off those who are against me and MY kind.  Got no use for those who want to wage war against me n mine.

More maybe later... still ain't heard from anyone yet.  But I -did- get my unemployment approved so I do got that going for me.
I'm the Intrepid Reporter
Big Country

Posted by BigCountryExpat at 4:17 PM