Short as I'm busy this weekend...

Evening Droogs N Droogettes!
Got a lot on the table this weekend.  The Grandbebe has landed, so all hell will be breaking loose for the forseeable future.

Then, the Glock Slide, Barrel, Slide internals, and other shit showed up in the mail.

Add on some other bullshit (the pool NEEDS to be done this weekend fer suuuuure).

And I'm blocked out solid for the weekend.

That being said, I will throw one link and picture to you for y'all as food for thought, or rather, lack-of-food, that thereof. 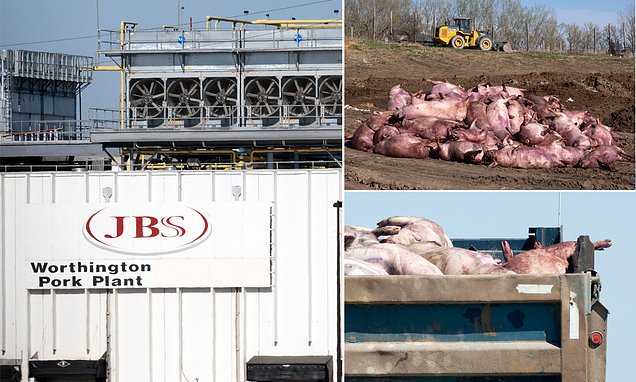 LINK to Hell is a-coming...

Yeah... an article from the Daily Fail...err Mail in Jolly Olde England.  Pics like this ain't making it to the mainstream of Mass (((Media))) here stateside.  Coupled with the absolute meltdown of the poultry AND beef industry, a sprinkling of the bad crops from LAST year and the shitty crops THIS year (hence why it be so hard to feed this years animals) and as the more Diverse members of the community might say:

So yep.  Shit like that, or rather the noticeable -absence- of stories like that here in the Heartland o'Murica makes me worry.  As in they ain't gonna talk about it.  Sure, they'll keep harping on the bogus bullshit CoronaChan Chink Lung Aids, but they ain't mentioning that we've been eating and dipping into the stockpile o' goods that were normally refilled and backed up.

So go ahead and enjoy that Burger and Bullshit.  Me?  I'm getting MOR steaks (when the fucking check gets here that is) AND I'm getting a brand new backup pair of Merrill Marauder boots, as I don't think the "Upper - Made In China" is gonna be around much longer...

So, post when I can and how I can.  Gotta take care of some shit theis weekend... Til then I Remain, The Intrepid Reporter
Big Country
Posted by BigCountryExpat at 9:15 PM